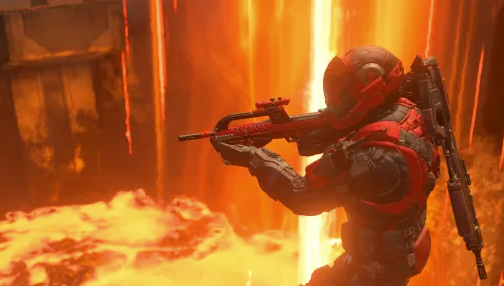 A new Xbox update is out now for testers that lets users reveal details on secret Achievements, a feature that has been available for PlayStation users for years.

This feature is available today for Alpha and Alpha Skip Ahead members in the Xbox Insider program–this is a free program open to everyone. You can sign up here. Users can now see details on “secret” Achievements from the guide–this also reveals them in the Achievement tracker.

Xbox’s Eden Marie shared the news and images, the second of which is altered to avoid a spoiler for the game Turnip Boy Commits Tax Evasion. Xbox Insider program lead Brad Rossetti shared another image that shows players need only select “reveal details” to show information about the secret Achievement in question.

A little feature tweak today for Xbox Alpha and Alpha Skip Ahead Insiders: you can now reveal the information for secret achievements in the guide. This will also reveal them in the achievement tracker. (1/2)
(FYI, I doctored the second image to remove the mild spoiler) pic.twitter.com/WBnyu9E8wE

Xbox Insiders in Alpha Skip Ahead and Alpha here is some screenshots of the new feature today from guide in relation to revealing Secret Achievements pic.twitter.com/jF1qphpI7d

This type of feature has been available on the PlayStation platform for years. It’s still available only to Xbox Insiders, but presumably it’ll be released for all users at some point in the future. This isn’t a guarantee, however, as not all Xbox Insider features make it to launch.

In other Xbox news, Microsoft has announced that the Xbox and Bethesda summer games showcase will take place Sunday, June 12. The event will feature titles from Xbox Game Studios, Bethesda, and Microsoft’s “partners around the world.”

It’s been a big week for Xbox, with the platform setting new sales records and helping Microsoft set a new gaming revenue record dating back to 2001.