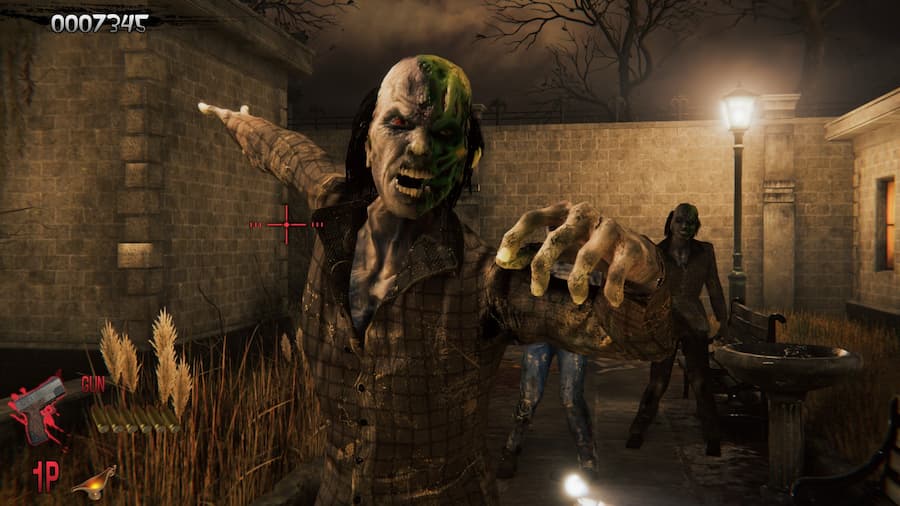 The amount of money we’ve wasted feeding arcade machines to play The House of the Dead is obscene.

It’s part of the reason we’re so happy that it’s now available on a range of consoles and PC. Even better, it’s a remake featuring dramatically enhanced visuals and some extras. But there’s one thing that really hampers this remake of The House of the Dead: the fact that you can’t play it with a light gun. At least on consoles, anyway.

Not wanting to mess too much with a classic, developer MegaPixel Studio has left the the meat of The House of the Dead pretty much intact. That means if you jump into arcade mode you’ll find the same enemies in the same locations. Only now everything has a fresh lick of textures. Environments are more detailed, and the many enemies that come at you with their teeth bared or weapons raised are now more menacing than ever. Throw in improved lighting and some other modern effects, and you have a game that won’t necessarily wow you, but it does look nice.

It’s the gameplay of The House of the Dead: Remake that will keep you coming back. The simplicity of sitting back and blasting zombies as your character charges through four chapters never really gets old. It’s largely thanks to the fact that there are multiple paths through each chapter, with your route dependant on your actions. Shoot the lock off a door fast enough, for example, and you’ll travel through it rather than take a detour.

And there’s another thing to strive for each time you play: to try and save as many scientists as possible. You’ll regularly encounter them in peril, and actions will determine whether they make it out of the house alive. Succeed and you’ll get a health boost. Fail, and you’ll find your time with the game that bit less rewarding. 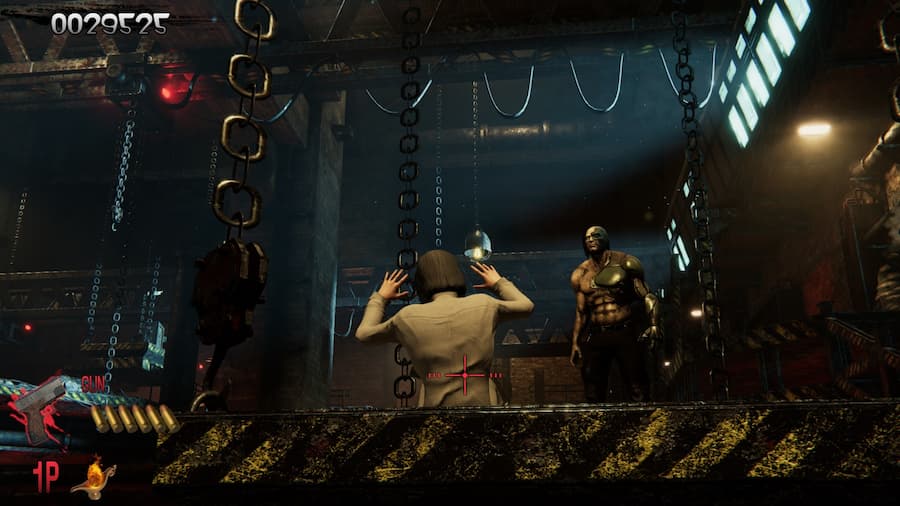 There is, of course, a score-chasing aspect to The House of the Dead: Remake, too. You can play with the original scoring system, or a new modern equivalent, and how well you perform will determine which of the three available endings you get. There are multiple difficulty levels as well; the higher you go, the more points you’ll earn.

Other new features in this remake of The House of the Dead include a new Horde Mode, which probably isn’t what you’d expect it to be. Instead of throwing waves of zombies at you to see how long you can survive, it dramatically increases the number of them present in the game. There’s also a gallery where you can view enemy data, and if you’re good enough you can unlock an armoury which allows you to make use of additional weapons, and various cheats. 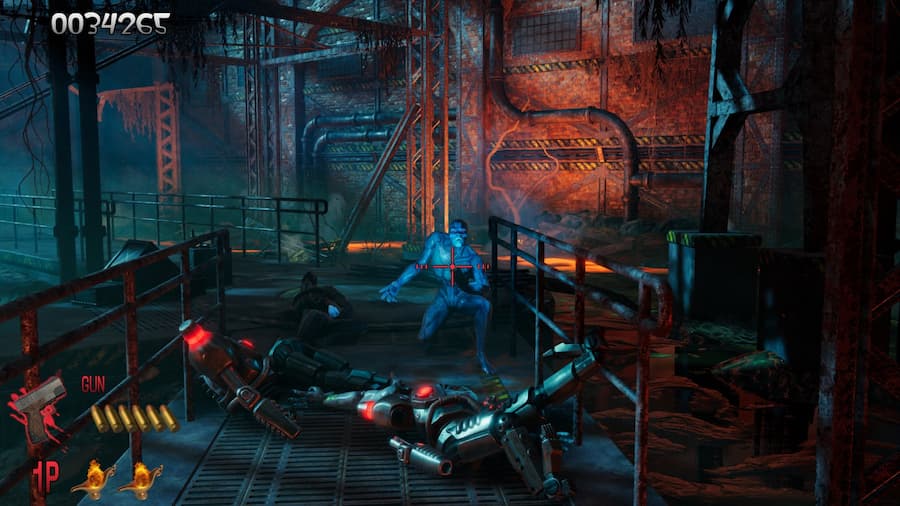 It’s just a shame that without being able to hold a fake plastic gun to shoot at the screen, The House of the Dead: Remake doesn’t have the same magic to it that we experienced in the arcades. On the PS4 version we played for review, you have the option of aiming with the left or right analogue stick, or using your controller’s in-built gyroscope. Some may prefer the latter, be we couldn’t get on with it. PS Move support is set to be added in the future, too. But someone really needs to make a light gun that works with modern TVs.

Still, even with the control issues, The House of the Dead: Remake is good fun. And while a playthrough will take you less than an hour, this is the type of game you’ll come back to time and time again. MegaPixel Studio has done a good job of bringing new life to a classic, even though its work is somewhat sabotaged by the fact that modern TVs have made traditional light guns defunct. Let’s just hope that a solution is found, and soon. But until then, blasting zombies with a controller will suffice.

The House of the Dead: Remake Review – GameSpew’s Score

This review of The House of the Dead: Remake is based on the PS4 version, with a code provided by the game’s publisher. It’s available on PS4, Xbox One, Switch and PC.

The Return Of Crescent & Io To Marvel Comics…