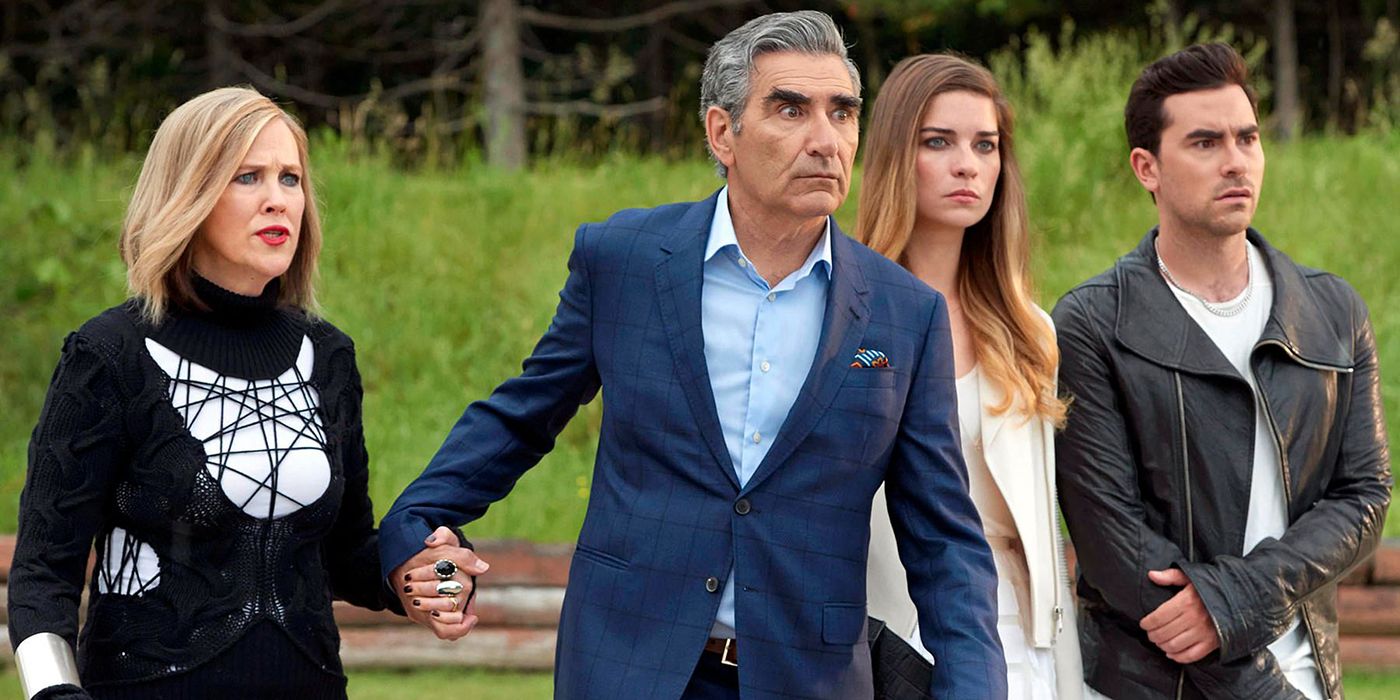 In a major down month for Netflix, they’re about to face another big loss. Hulu has acquired the U.S. streaming rights for the beloved comedy Schitt’s Creek, snatching yet another favorite from its competitor. Starting on October 3, all six seasons will be streaming exclusively on the platform.

It’s another high-profile add to Hulu’s comedic library which already includes its newest successful originals How I Met Your Father and Only Murders In the Building as well as recent hits on other platforms like the Freeform series Single Drunk Female. Although it ended back in 2020, Schitt’s Creek is positioned to be one of the marquee offerings for Hulu. Netflix really helped make the series into a juggernaut, jumpstarting it from a cult classic in its early days to an award-winning mainstream mainstay thanks to the exposure the streamer garnered. In 2020, the show pulled off the unthinkable and swept the Primetime Emmys for a comedy series, racking up nine awards total.

Schitt’s Creek is a landmark riches-to-rags story that centers on the fabulously wealthy Johnny Rose (Eugene Levy) and his family. The video store tycoon lives in luxury with his wife Moira (Catherine O’Hara) a former soap opera star, his pretentious son David (Daniel Levy), and his socialite daughter Alexis (Annie Murphy) until their empire comes crashing down, forcing them to live in the small town of Schitt’s Creek — a town Johnny bought as a joke gift for David. Living out of a motel, they try to make their way back with new jobs and new relationships, even if their well-off demeanor doesn’t mesh well with the colorful personalities of Schitt’s Creek. Most of all, they try to learn what it means to be a family.

“Based on the number of Schitt’s Creek GIFs we Slack every day, it’s no surprise that we are absolutely thrilled to welcome Johnny, Moira, Alexis, ‘Daviiid’ and the wonderfully unique residents of Schitt’s Creek to Hulu,” said Joe Earley, President of Hulu, in a statement about the acquisition. “We can’t wait to share the award-winning, blisteringly-funny, yet heartwarming series and characters with our subscribers. We know they’ll fit in nicely.”

Schitt’s Creek was the inception of father-son duo of Daniel and Eugene Levy, who also executive produced the series. The show was originally commissioned by CBC and produced by the Levys’ production company Not A Real Company Productions Inc. in association with CBC and Pop TV. Their creative partners Andrew Barnsley and Fred Levy along with David West Read, and Ben Feigin joined in as executive producers. Lionsgate distributed the series domestically while ITV Studios Global Entertainment handled international distribution.

If you have Netflix and haven’t seen Schitt’s Creek yet, there’s still time to visit this humble little town and the formerly rich Roses that inhabit it before all six seasons head to Hulu on October 3.