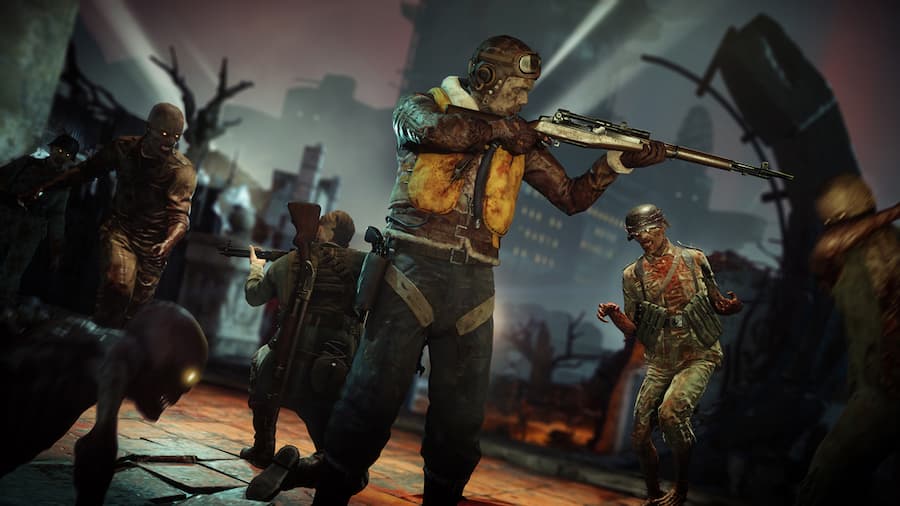 It’s been a long time coming, but Zombie Army 4: Dead War is finally available on Switch. And it’s been worth the wait.

Over the years, Switch ports have been a bit of a mixed bag. Most often, a reduction in visual fidelity is needed to get a game running on Nintendo’s conservatively-powered hardware. Sometimes, performance takes a hit. For the worst offending ports, it’s both. Then there’s the rare gem that manages to both look great and perform great. They’re few and far between, but it seems Rebellion has the magical formula. Zombie Army 4: Dead War truly does look and play very nice on Switch.

It’s not a surprise. This isn’t the first game that Rebellion has ported to Switch. Back in 2019, we reviewed Sniper Elite 3: Ultimate Edition on the handheld, and came away very impressed. And Zombie Army 4 impresses us just as much. We’ve been playing the game on a Switch OLED, where it really shines. This is a dark, moody game and the excellent contrast of the OLED screen allows the game to look as good as possible in handheld.

But even playing docked – where other games often show their faults – we can hardly complain at how Zombie Army 4 looks and plays. Of course, if you have a PC, Xbox or PlayStation, those remain the best way to play on a bigger screen. But if Switch is your only option, then this still performs valiantly. The lower resolution upscales well, and performance remains solid and smooth enough that fighting your way through hordes of zombies never becomes a problem.

We should also probably mention that this is the fully-featured version of Zombie Army 4: Dead War. It’s not a cut-down or ‘lite’ version – in fact, it even includes Season Pass 1 content free of charge. There’s still other DLC available to purchase on the eShop, but just the base game alone provides plenty of content. Between the campaign, replaying to find more collectibles and horde mode, there’s tens of hours of fun to be had. 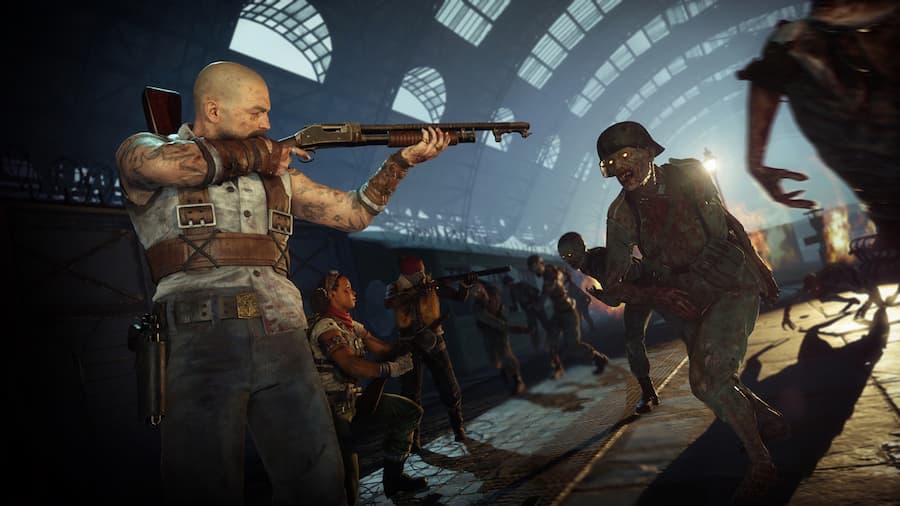 If you’re new to the Zombie Army series and you enjoy shooting zombies, you’re in for a treat. An action-packed story takes you through various areas of Europe during an alternate World War 2. In this timeline, Hitler has raised a zombie army, determined to take over the world and win the war. But you’re going to thwart him. And so, you’ll make your way through nine distinct missions – more including the season pass content – shooting, sniping and melee-ing your way through the undead.

Few third-person shooters are as enjoyable as this. A range of weapons is at your disposal, but Zombie Army 4‘s bread and butter is the sniper rifle. Perform perfect headshots from a great distance, and you’ll be rewarded with an ultra-grizzly but ultra-satisfying kill cam, seeing just how exactly that zombie’s head splatters into a thousand pieces. Yuck. It’s not for the faint of heart, but if you’re not afraid of a bit of zombie blood and guts, it’s immensely enjoyable.

So if you’re yet to play Zombie Army 4: Dead War and the Switch is your format of choice, then you won’t be disappointed with this port. Rebellion has done an excellent job of making it look and play as good as you could ever expect. Sure, other formats still have the graphical edge, but if you prefer to play handheld or on the go, then this is the port for you. It may have been more than two years since the game first released, but it’s just as enjoyable as ever.

A review code was supplied by Rebellion for the purpose of these impressions.

Rising Could Be the Start of Something Special – GameSpew