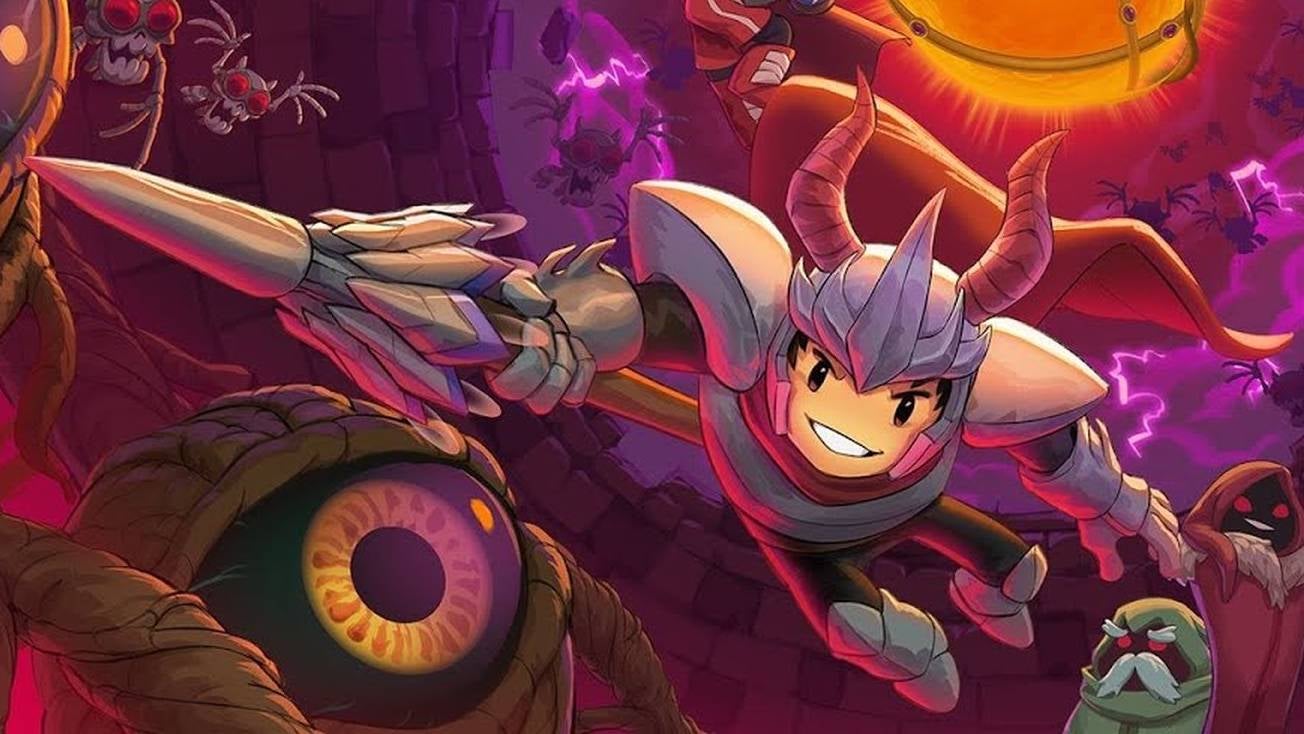 
The observant among you may have deduced that Rogue Legacy 2 is the sequel to Rogue Legacy, a rather spiffing roguelite platform-me-do from 2013. The game’s big twist on the old procedural generation and permadeath combo was that each new character was the heir of the previous one, inheriting their predecessor’s estate. In practice, that meant spending the gold acquired on each run on permanent upgrades to improve your chances on further expeditions. With all but the most unsuccessful runs yielding enough gold for at least one upgrade, the frustration of failure is ameliorated, leaving you raring to go once more.


To aid you in your exploration, you enlist the Architect, a clever old codger who can fix the layout of the castle between runs, leaving you able to build on successful exploration instead of dealing with a completely rearranged map. You pay for this privilege with a hefty chunk of gold, but it’s still a handy tool, especially when you’re close to taking out a boss and don’t want to have to find the bugger again each time.


Rogue Legacy 2 takes the traditional sequel route and gives you more of what made the first game great. There are 15 classes, up from nine, which have even more variety than before. Same goes with traits, spells and equipment. More excitingly, it adds hefty metroidvania-style traversal upgrades. There’s nothing especially new or unusual here, I’m sure I’m not spoiling anyone’s fun by mentioning that a double jump is involved at some point, but the extra manoeuvrability makes for some fantastic aerial acrobatics. The aforementioned double jump can be combined with dashes, the ability to spin kick off of enemies and projectiles, and all kinds of other tricks that allow you to fly through the levels. Quite literally, in some cases.


All this bouncin’ and pouncin’ synergises with many of the class abilities and artefacts you can discover. The bard, for example, gains a stacking damage buff every time they spin kick off an object, which resets when they touch the floor. Combine that with, say, an artefact that replaces the regular spin kick with a much more damaging alternative and the clownanthropy trait, which takes a chunk of your health in exchange for the ability to spin kick from most surfaces, and you have a springy whirlwind of destruction.


If all this sounds like a lot to handle, well, that’s because it is. While the order in which you unlock the various classes is determined by the upgrade path you take through your manor (a fancy visual representation of your skill tree, basically) as a rule of thumb, the later classes are much trickier to get a handle on than the ones available earlier on. This higher skill floor comes with a commensurably higher ceiling, enabling swift navigation of tricky platform layouts and dancing through dense clusters of enemies and projectiles. Although in my case, these occasions are definitely more luck than skill. Barbarians, with their hefty health pools and equally chunky axes, are much more my speed.


This is why I’m having such a great time with Rogue Legacy 2, why every time I nip back into the game to check a detail for the review, I end up doing multiple runs before I remember that I’m supposed to be working. It’s why I’m able to enjoy myself, even as I push through it as fast as possible in order to hit my deadline. It’s abundantly clear that Cellar Door Games wants as many people as possible to enjoy their game. Not only is there the slow and steady improvement offered by the upgrade system, but they’ve also included a set of “house rules” which allow you to tweak the difficulty to your liking. You can adjust enemies’ health or damage output, turn off collision detection with most enemies that aren’t actively attacking you, or even gain the ability to fly. These settings aren’t just for those of us who need a bit of extra help either. It’s possible to make enemies even stronger and display the settings you’re using, perfect for dedicated players to show off their hard earned prowess on stream.

It’s abundantly clear that Cellar Door Games wants as many people as possible to enjoy their game.


It’s a wonderful inclusion, because there’s so much in Rogue Legacy 2 to discover beyond the core combat and platforming. The story, slowly uncovered through diary entries and the like, is surprisingly involved, with lots of hints and clues pointing towards deeper lore. The visuals make great use of 3D models on a 2D plane (which I think the kids are calling 2.5D) without making the division between the two obvious. Most importantly, at least to me, the wonderful animation makes the transfer to the new dimension intact, including the running animation with weapon held aloft that makes me smile every time. The writing is alternately touching and genuinely funny, the cast of characters that join you at your manor providing some lovely moments as relationships slowly develop between them.


Sadly, it’s not quite perfect. Rogue Legacy 2’s one real flaw is an overreliance on its upgrade system. It is a challenging game and if you’re struggling to progress, the incremental improvements aren’t enough to give you the leg-up you need. It becomes a grind as you throw yourself at the same area over and over again until you feel like you’ve powered up enough to get through the bit that was giving you trouble. It took me a little over seven hours to beat the first boss without any house rules and a couple more to unlock the ability to teleport directly to a new area from the start of a run. More than once I found myself more than a little frustrated and, dare I say it, bored. The developer’s assertion that the upgrade system means that players of all skill levels should be able to complete the game is certainly an optimistic one and I imagine that, without the house rules, a lot of folks would put the game down before seeing a fraction of what’s on offer.


Thankfully that isn’t the case, because Rogue Legacy 2 really is a lovely game and I’m glad Cellar Door have included options to make it more approachable. It stands as a terrific example of how to let players tailor their experience to their liking, whether that means a helping hand or dialling up the challenge.

Poppy Playtime Is Getting Its Own Horror Film Adaptation