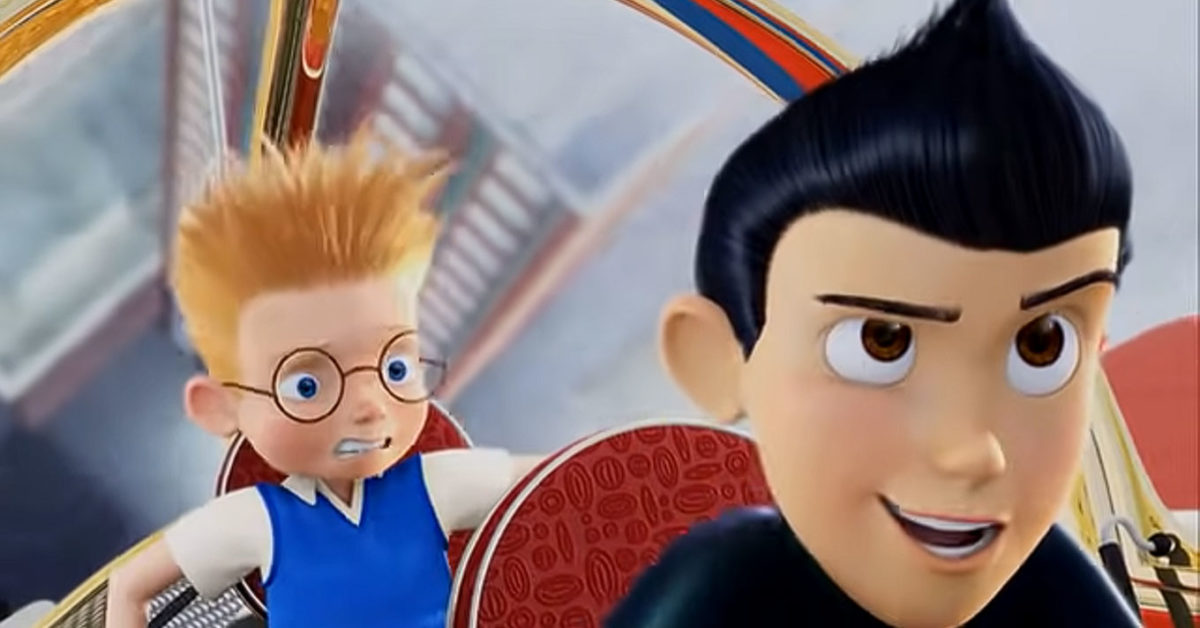 Meet the Robinsons was a watershed moment for director Stephen J. Anderson. It allowed Walt Disney Animation to revolutionize the way it rendered humans in CG animation and paved the way for deeper, more layered CG projects for the studio. I spoke to him about how the project came to be, its influences routed in Disney and Looney Tunes, and his personal connection to the story.

Bleeding Cool: Can you break down how Meet the Robinsons was conceived?
Stephen J. Anderson: It started in late 2002. I had finished as a story supervisor on ‘Brother Bear.’ I had expressed interest to the studio about directing in a future project. They said, ‘Absolutely.’ So when I wrapped ‘Brother Bear,’ they said, ‘We have the script and a writer. Would you be interested in directing and shepherding it through development?’ ‘A Day with Wilbur Robinson’ ended up being ‘Meet the Robinsons.’ So I read the script, and I was immediately taken. It was really fun, heartfelt film, with lots of great ideas and great characters. The studio didn’t know I was adopted so I had this connection to Lewis, the main character in this boy, who was looking to get adopted and was also asking these questions about where did he come from and who was his birth mother and that kind of thing because those are questions that I had asked since I was a little kid.”

BC: Could you break down how much work went into creating the CG characters of the film?
SA: It was an interesting point in the studios in Disney’s history and the evolution of their CG because, at that point, they had done the ‘Dinosaur’ film, which obviously had no human characters in that. Then they did ‘Chicken Little,’ which was more humanoid characters but very cartoony. We knew that we wanted to have caricature to the world, but we wanted to do something that had some grounding in reality because of the emotion, the heart in the film. We wanted to make sure that resonated. So if it was too cartoony, [no one] might not buy into that emotion. So there was a lot of R&D and development of technology to achieve that, to achieve that naturalistic human animation in the computer, skin and growing hair and believable fabric that can wrinkle and deform as the body moves. So it was a lot of talking about, ‘OK, what else is out there? What other studios have been doing human animation?’ Let’s look at everything and kind of say, ‘Where do we want to go? What was the direction we wanted to do everything from like ‘Final Fantasy’ on the one end to maybe ‘The Incredibles’ on the other. ‘The Incredibles’ was the one that we really looked at and said. ‘That felt like the right balance of that believability in the human characters, but also with some caricature to with a design with style, so it still felt animation. It had that believability. So ‘The Incredibles’ was probably the one that we were the most taken by in terms of what they were achieving at the time.”

BC: How many models did you go through?
SA: I feel like I couldn’t even begin to imagine because we did so many iterations. Looking at Lewis as our guinea pig, we did quite a few different iterations on him to try and find the style. Some of the versions were like this. Identical to build choices, illustrations from his book ‘A Day with Wilbur Robinson,’ like, ‘Ok, if we went that route, what would it look like? Then push some stuff even to another the other end of the spectrum, a little bit cartoony? What would that look like? I think an interesting marriage of Disney and Bill Joyce [the author], who was a consultant and executive producer on the project as well, so he was very involved in the designs of the characters also doing. He would do draw overs on our models and some little Bill Joyce-flavor we can add in there, but he was also very respectful of us wanting to make it feel a little more Disney, but not again, not too cartoony. So we did quite a few iterations, but finally, between Bill Joyce and our character designer Joe Moshier, we could strike a nice balance between those two.

BC: What are the biggest influences on your work?
SA: Disney Animation, I would say from an animation drawing standpoint, definitely Looney Tunes, the Warner Brothers animation of the classics of the ’40s, ’50s, and ’60s were probably the biggest influences for me. What was kind of fun as we pulled from both of those sources that we talked a lot about: can we use an animation performance style to the contrast between the present day and the future with the way we did with color, shape, and lighting. We use those visual components to differentiate present and future. So we talked a lot about the present-day characters like Lewis and Mildred, who runs the orphanage, and young ‘Goob’ like their Disney animation. They’re a little bit more grounded. They’re a little more very kind of solid movements. Not a lot of broad movements. Not like snappy, quick timing, but very solid, charming, and appealing. Then when you get to the future with the Robinsons in particular, they’re like Looney Tunes characters. They move much zippier they may not do the sort of typical Disney-like anticipation and then grab and then pull. The Robinsons will just move without anticipating, or they’re very touchy-feely. They invade your personal space like Looney Tunes characters do, like Bugs Bunny would get it right up in Elmer Fudd’s face or something and grab him by the arm and yank him somewhere. Robinsons do that. So it was fun to think that we could combine influences from both of those sources, Disney and Warner Brothers, to create one whole piece. So that was the idea behind the animation style.

Where to Find Redcrest in Genshin Impact