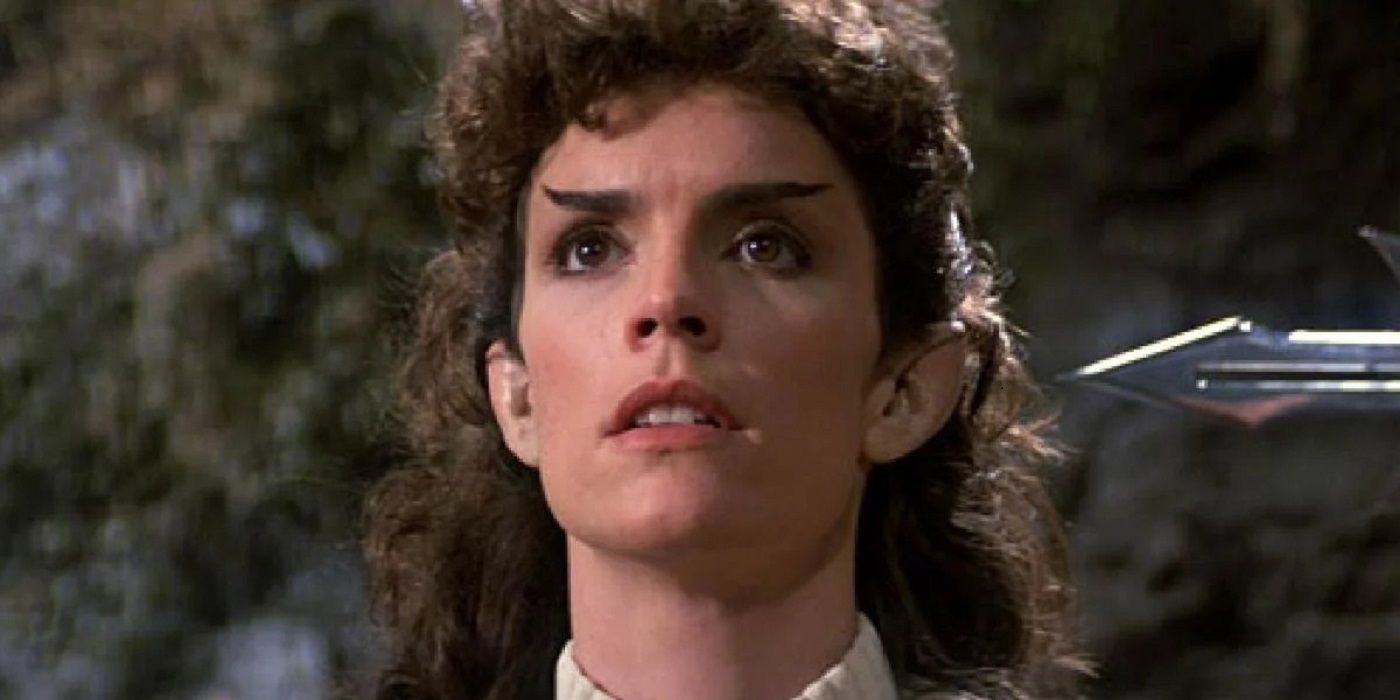 After a 23-year hiatus from the screen, Star Trek IV: The Voyage Home actor Robin Curtis will return in Awaken the Reaper. The actress will be teaming up with genre stalwarts Lance Henriksen and Louis Gossett Jr. for the upcoming horror film

Deadline reports that the supernatural horror thriller is currently shooting in New York state. The plot centers around a troubled drifter who returns to his hometown to seek therapy, only to experience nightmarish visions of a robed skeletal figure wielding a scythe – the Grim Reaper. What this spectre of death portends will remain a mystery for now, as additional plot details are being kept under wraps.

Robin Curtis appeared in Ghost Story and Santa With Muscles, and guest-starred on Knight Rider, MacGyver, and Herman’s Head, but her most memorable role came about in 1984, thanks to a contract dispute. After producers were unable to reach a deal with Star Trek II: The Wrath of Khan‘s Kirstie Alley, Leonard Nimoy cast Curtis to replace her as Vulcan Enterprise crew member Saavik in the sequel, Star Trek III: The Search for Spock. She reprised the role in Star Trek IV: The Voyage Home, and subsequently remained no stranger to the science fiction genre, guest-starring on Babylon 5, Space: Above and Beyond, and Star Trek: The Next Generation, where she played a different Vulcan character, T’Paal. Her last acting credit was in 1999’s Making Contact; she has since become a real estate broker, and remained a fixture at Star Trek conventions.

RELATED: Louis Gossett, Jr. on ‘Watchmen’ and How He Really Feels about the Masks We All Wear

Henriksen has appeared in a number of classic sci-fi and horror movies, including The Terminator, Near Dark, Aliens, and Pumpkinhead. He also starred in Viggo Mortensen‘s 2020 directorial debut, Falling. Gossett won an Emmy for his performance in the landmark 1977 miniseries Roots, and a Best Supporting Actor Oscar for 1982’s An Officer and a Gentleman. He also starred in A Raisin in the Sun, Enemy Mine, Jaws 3-D, and Iron Eagle; he recently won acclaim for his performance in HBO’s Watchmen. He will star in next year’s musical adaptation of The Color Purple.

Awaken the Reaper is currently filming in New York. Stay tuned to Collider for future updates.