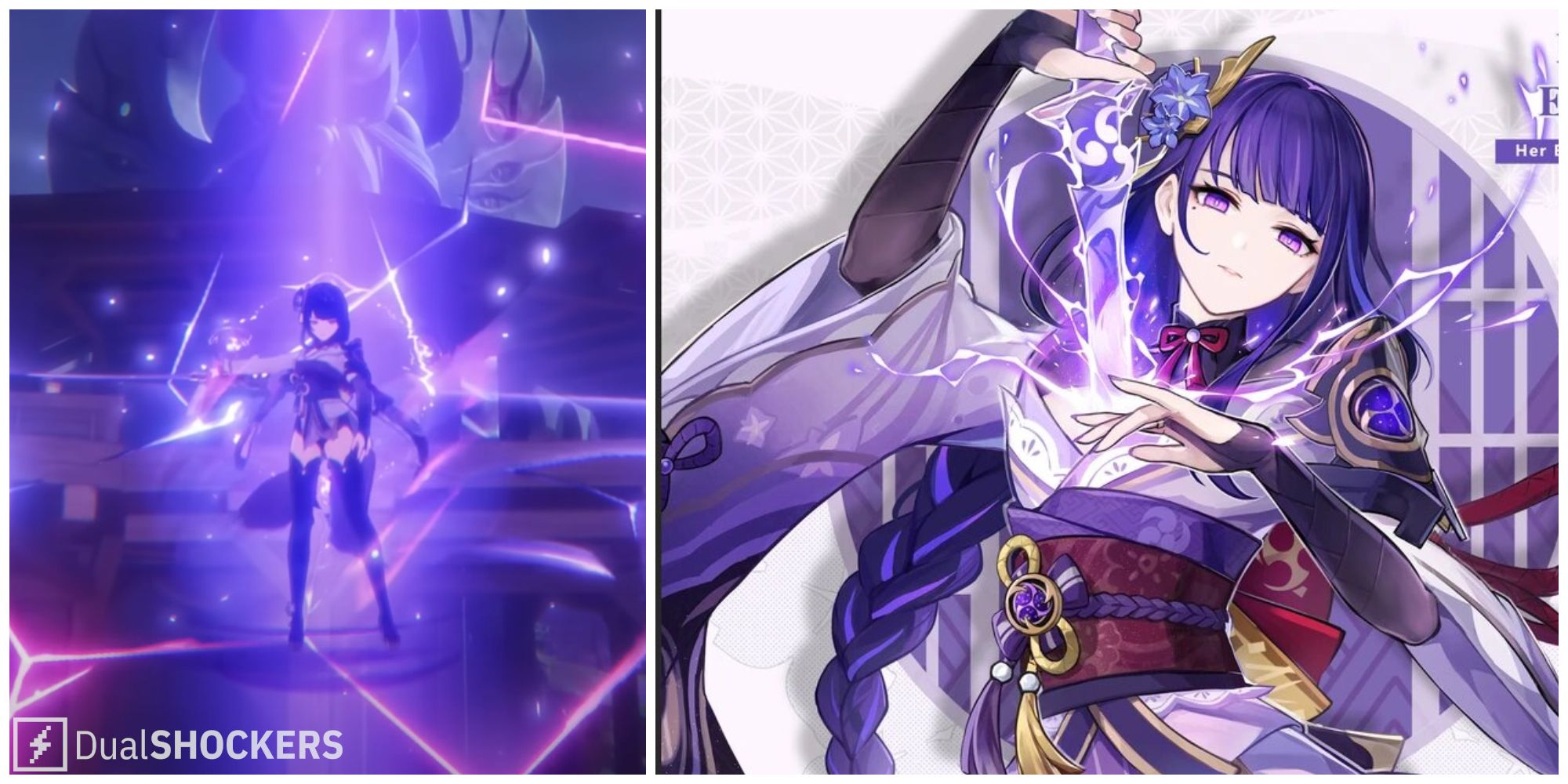 Raiden Shogun is known as both the Electro Archon of Inazuma, Ei, as well as the Shogun in Genshin Impact, the puppet created by Ei to serve as the leader of Inazuma in her place.

Raiden Shogun is a fantastic and strong 5-Star Electro character that can apply a large amount of Electro DMG to your enemies. If you have sensibly chosen her as one of your new team members, then keep reading to see some of her best builds below.

Raiden Shogun is one of the few characters in Genshin Impact that can fit into any role and be the leading character in your team. Her best artifact set can be shared between these three roles of Main DPS, Sub-DPS, and Support, with a focus on increasing Energy Recharge for her Elemental Skill and ATK for her Elemental Burst and Normal Attacks. Here is the best artifact set you can use to increase Raiden Shogun’s damage.

4-Set Of Emblem Of Severed Fate

Focusing on Energy Recharge will help with increasing the strength of Raiden Shogun’s Elemental Skill and giving an Elemental Burst DMG boost to her teammates. ATK% will also help to increase the damage of her Normal, Charged, and Plunging ATK, which can be used in her Elemental Burst and will be converted to Elemental Burst DMG.

Building up on Raiden Shogun’s Energy Recharge, ATK, and CRIT Stats is what will improve her abilities the most. She has quite a few weapon options that will keep her Elemental Burst as strong as possible. Keep in mind that if you focused on one particular main stat in your artifacts build, then you should use the another stat for Raiden Shogun’s weapon. Here are the best 5-Star and 4-Star weapons you can use for Raiden Shogun.

Skyward Spine will give a base increase of 8 percent to Energy Recharge. Its Bonus Skill will increase CRIT Rate by 8 percent and will increase Normal ATK Speed by 12 percent. Normal and Charged Attack hits on enemies will have a 50 percent chance to trigger a vacuum blade that deals 40 percent of ATK as DMG in a small Area of Effect. This vacuum blade can occur only once every 2 seconds. Skyward Spine, like Engulfing Lighting, focuses mainly on Energy Recharge, but will also give Raiden Shogun a boost to her CRIT Rate so you can more often perform CRIT Hits.

Blackcliff Pole will give a base increase of 12 percent to CRIT DMG. Its Bonus Stat will increase ATK by 12 percent for 30 seconds after defeating an enemy. This can have a maximum of 3 stacks, and the duration of each stack is independent of the others. This weapon is a great well-rounded option that focuses on increasing Raiden’s overall damage stats. You will be able to make stronger CRIT Hits with the boost to CRIT DMG.

The Catch is a Free-To-Play option that is actually one of the best weapons for Raiden Shogun. It will give a base increase of 10 percent to her Energy Recharge. Its Bonus Skill will increase Elemental Burst DMG by 16 percent and Elemental Burst CRIT Rate by 6 percent. This weapon focuses heavily on increasing the damage output from Raiden Shogun’s Elemental Burst, which is her strongest attack. You can obtain this weapon by fishing and catching Golden Koi, Rusty Koi, and Raimei Angelfish.

Since Raiden Shogun can fit into almost any role, she works well with a large variety of teams. We’ve put together her best team compositions as both a Main DPS and Sub-DPS, with the option of 5-Star and 4-Star characters.

This team focuses on the Superconduct Elemental Reaction, which uses Electro and Cryo. Raiden Shogun will be a Sub-DPS in this team, providing Electro to create Superconduct and improve the DMG from Eula’s Elemental Burst.

This is one of the best teams for Raiden Shogun as a Main DPS. It consists of all 4-Star characters besides Raiden, so it will be much easier to build. This team composition will be able to create a lot of strong Elemental Reactions, including Overload, Vaporize, and Electro-Charge.

How to get the Guilty Achievement