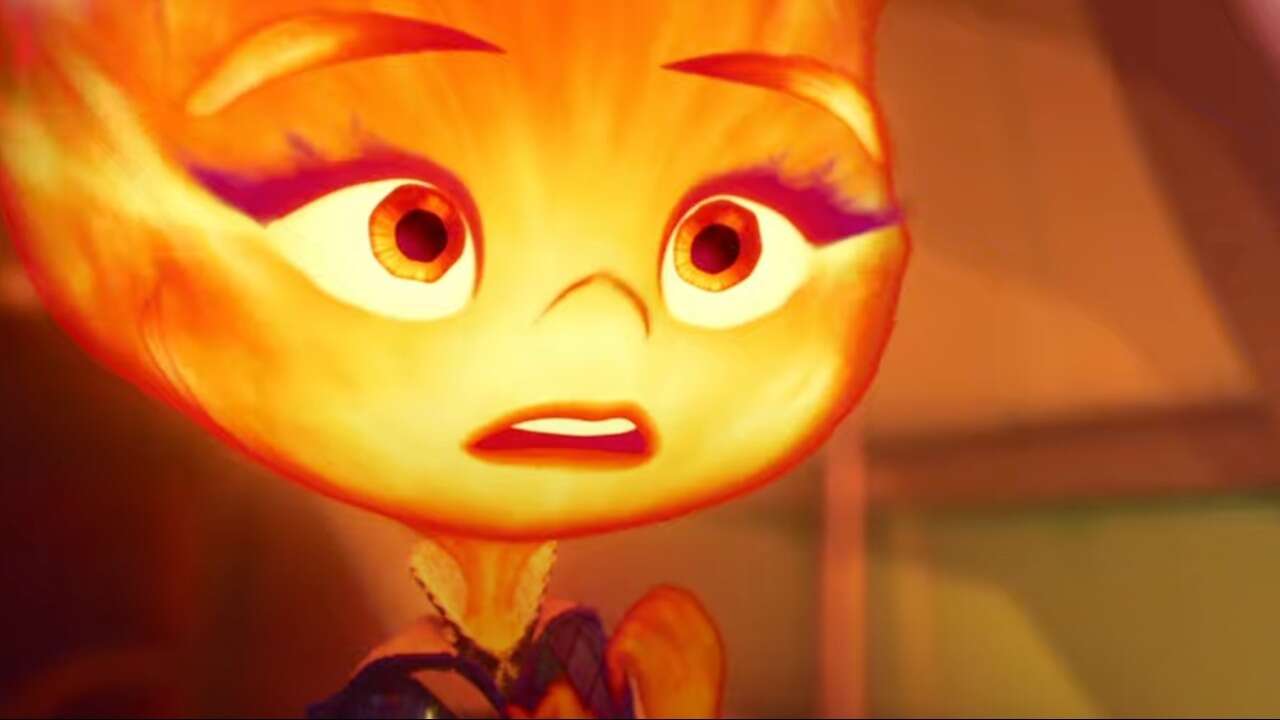 Pixar has released a teaser trailer for Elemental, the next feature film from the studio. Elemental will hit theaters on June 16, 2023.

The nearly 90-second clip is light on dialogue but offers plenty in the way of clues about the world Pixar’s next movie will be set within. Directed by Peter Sohn (The Good Dinosaur), this clip shows us the meet-cute between Ember (Leah Lewis) and Wade (Mamoudou Athie) in Element City, a place where residents embody fire, water, land, and air. In the trailer, we see Ember keeping to herself on a train but still causing all sorts of havoc–but she snaps to attention when opposites begin to attract in Wade. Check it out below.

A synopsis further suggests that after Wade and Ember meet, his “go-with-the-flow” personality “challenges her beliefs about the world they live in.” We’ll no doubt learn more in further announcements and more substantive trailers ahead.

Elemental is written by Brenda Hsueh (How I Met Your Mother, The Afterparty). Hsueh previously consulted for Domee Shi, the director of Turning Red, and most recently, according to Deadline, wrote the animated Ghostbusters movie for Sony.

At the D23 Expo earlier this year, Pixar also announced Inside Out 2 has entered production and is due out Summer 2024. Amy Poehler will return to voice Joy, and the movie will remain focused on Riley, the human girl from the first film, now a teenager. New emotions will reportedly also be introduced, but we don’t have any casting information for them, nor do we have any indication of who might be returning in addition to Poehler.

Avatar 2 Is Gen-Z’s Most Anticipated Movie