Path of Exile – Preparing for the Scourge League 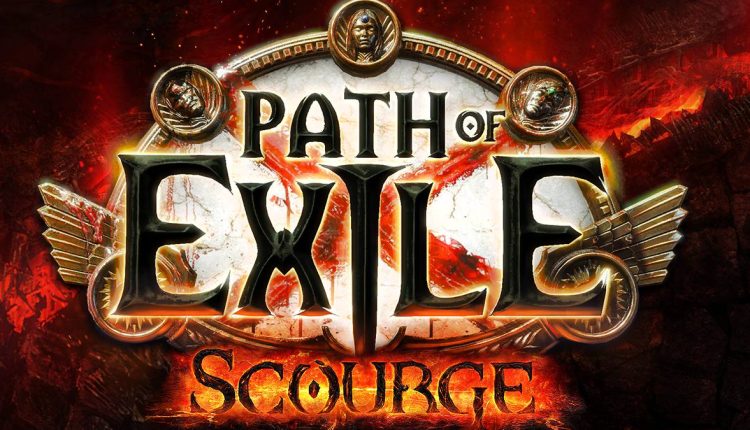 The Scourge league has arrived in Path of Exile, bringing exciting new features to the game.

The recently introduced Scourge expansion brought about a new challenge league for PoE fans to enjoy. If you are yet to try it out, then check out these main new features to look out for when playing Path of Exile. Remember to prepare yourself accordingly, and pay a visit to PoE Trade if you need to stock up.

Before we get into the new features that have arrived, firstly let’s look at the rework of the passive skill tree. When you first start playing Path of Exile, there is a lot to learn. It has a lot of unique features within, such as the PoE currency system and a rather complex approach to trading. Whilst we are on the subject of all things complicated, the passive skill tree is something that can be really difficult to get used to. The sheer amount of variety where nodes are concerned can really be off-putting when trying to learn how to get the most out of the game.

Thankfully, Grinding Gear Games has made life a bit simpler with the introduction of masteries along with the passive skill tree rework. There will be passive masteries dotted around the tree, and they give you the chance to make yourself far more powerful than ever before.

A past issue with the Expedition League was that not every player had access to it. A new update has now brought Expedition back as a main feature in Path of Exile. If you’re looking to make improvements to your builds, then you’ll now have the opportunity to do so by bartering with the Kalguuran Merchants.

The arrival of Expedition for Standard is going to be a very welcoming addition for a lot of players. However, there is a departure being made to the game with Cadiro Perandus being taken out of Path of Exile completely. This change will take place when the 3.16 update arrives in PoE. After he’s gone, the items that he provides will sadly be going with him. The likes of the Perandus Coins and more will no longer be available, so make the most of them whilst you still can.

Now that’s out of the way, we can dig into what really is the big change with the release of PoE Scourge.  Participants of the Path of Exile Scourge challenge league following the 3.16 update arrival will be given the Blood Crucible item. This is a device that you implant to absorb the blood of the enemies that you have killed.

After you have reached a point of collecting enough blood from monsters, the device will then be activated. This will whisk you off to an alternate and apocalyptic version of Wraeclast. Our time in this event is short lived, meaning we need to make the most of our time whilst we are here.

When you have the Blood Crucible in your possession, you’ll be able to put both items and maps inside of it. After you have arrived in the alternate form of Wraeclast, you’re going to want to start racking up the kills. Doing so will eventually grant you access to a couple of unique modifiers. What’s special about this is the modifiers that you obtain cannot be found in any other part of the game.

But who exactly will have access to Path of Exile Scourge league? The challenge league is available to players in a number of different modes. These include Standard, Hardcore and Solo Self-Found. With such a variety of players included, it gives everyone the opportunity to try out the Path of Exile Scourge league without worrying about what approach they have decided to take to the game. Overall, players who participate in this brand-new league will have 40 fresh challenges to overcome. There is plenty of motivation for you to do so as well, since there’s some fantastic rewards awaiting those who complete these challenges.

Additional end-game content, improvements to guilds, and hideout enhancements round off what is a pretty exciting time to be a Path of Exile fan. Any kind of expansion is going to create some form of excitement or at least intrigue, and it seems that PoE Scourge has certainly managed to make its mark already. Perhaps now is the time to start saving up your orbs and scrolls, or maybe you’d like to consider buying PoE currency too. There are plenty of reliable sites that can provide this, as long as you keep an eye out for any potential scammers.

Have you tried out the Path of Exile Scourge challenge league? Let us know in the comments section below!

OSRS – What is the Skull Status Effect?

Some Destiny 2 Exotics will be reworked for season 18 on Aug. 23

‘Back 4 Blood’ DLC to introduce Wolverine claw weapon and more