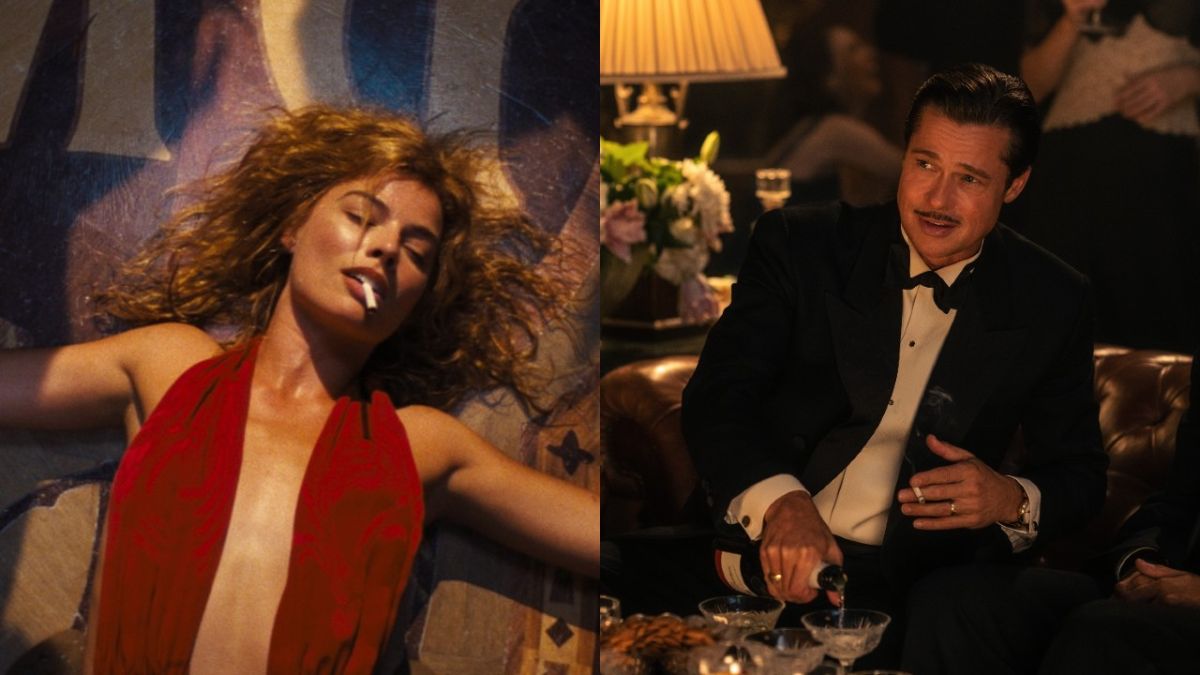 Just a few months after starring opposite Christian Bale and John David Washington in Amsterdam (which HBO Max subscribers can now stream), Margot Robbie will be back in a few weeks for one of 2022’s remaining movies, Babylon. This ensemble piece sees Robbie playing an actress in the late 1920s named Nellie LaRoy, and among her many costars is Brad Pitt, who plays Hollywood heavyweight Jack Conrad. On the subject of Pitt, Robbie shared the great reaction she had after director Damien Chazelle called her out for working in a kiss scene with the Fight Club actor.

Babylon marks the second movie Margot Robbie and Brad Pitt have both starred in, the first being Quentin Tarantino’s 2019 flick Once Upon a Time in Hollywood. In this latest movie though, Robbie and Pitt’s characters get to smooch, but this wasn’t originally in the script. Instead, it was something Robbie came up with that she needed to persuade Damien Chazelle, who also wrote Babylon, to throw in. The actress recalled to E! News:

Obviously a script is a key component to making a movie, otherwise there’s no structure to this particular creative process. However, sometimes improvised/quickly-thought-of moments present themselves during shooting, and they end up being highlights of the overall product. In Babylon’s case, it didn’t occur to Damien Chazelle for Nellie and Jack to kiss, but once Margot Robbie brought it to his attention, he realized that this would actually make sense within the context of the story (you know, when Jack isn’t convincing a drunk Nellie to fight a with snake). Ultimately though, this boiled down to Robbie wanting to shoot her shot with one of the industry’s most famous actors. As she put it:

While Margot Robbie kissing Brad Pitt made it into Babylon, the actress isn’t sure if her locking lips with Katherine Waterston made the final cut. In any case, apparently this particular Robbie/Pitt moment is a standout among what Babylon has to offer, with E! News’ Francesca Amiker saying it “will become an iconic kiss scene.” Babylon is Damien Chazelle’s fifth feature film, following behind 2009’s Guy and Madeline on a Park Bench, 2014’s Whiplash, 2016’s La La Land and 2018’s First Man. Other actors involved with this feature include Diego Calva, Jean Smart, Tobey Maguire, Jovan Adepo, Li Jun Li, Lukas Haas, Max Minghella, Samara Weaving and Olivia Wilde.

The public will have to wait until December 23 to see Babylon, but the early reactions for Damien Chazelle’s newest movie have painted it in a mixed light, though Margot Robbie’s performance has garnered a lot of praise. Stay tuned to CinemaBlend for our thoughts on Babylon, and feel free to see what movies lie ahead next year with our 2023 release schedule.