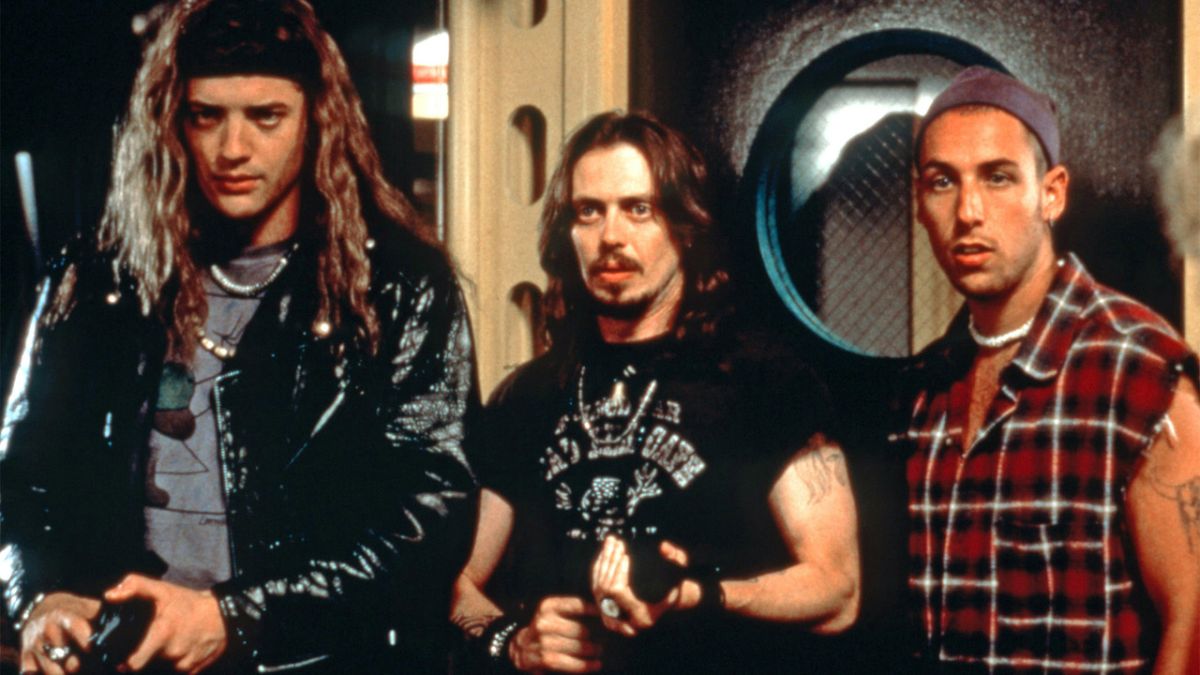 Brendan Fraser’s buzzworthy performance in Darren Aronofsky’s The Whale comes after the actor has been in the industry for over 30 years. In the early days, before he starred in The Mummy and George of the Jungle, he appeared alongside Adam Sandler in the 1994 comedy Airheads that lended to his up-and-coming success at the time. As Fraser and Sandler recently reunited, the latter shared how they came to work together.

Apparently Adam Sandler really wanted Brendan Fraser to lead the movie about three band members (Sandler’s Pip, Fraser’s Chazz and Steve Buscemi’s Rex) who decide to hold a radio station hostage until they play their demo. Here’s how Sandler remembered how Fraser locked down his part in Airheads when in conversation with his former co-star:

Sandler really pulled all the stops to get Brendan Fraser the lead role in Airheads. As he shared while sitting across from Brendan Fraser, the director of the comedy didn’t see him for the part, but he wouldn’t take no for an answer and the rest is history.

This all came up in the latest episode of Actors on Actors, where the pair reunited to catch up since starring in Airheads together. Check out the segment for Fraser’s wonderful reactions to Sandler’s story about their 1994 film:

All these years later, it’s fun to see Fraser and Sandler reunite to talk about their connection and reflect on each of their careers. It certainly sounds like Adam Sandler played a big hand in Fraser nabbing the leading role in Airheads. Even though it was a box office dud and received negative reviews, it would be a stepping stone to his larger success in the later portion of the ‘90s and early ‘00s.

Fraser began his career in the comedy side of things, but for his latest performance in The Whale, the actor plays a more dramatic role. He plays a 600-pound reclusive teacher, which he wore prosthetics and a body suit for, who attempts to reconnect with his estranged daughter, played by Stranger Things’ Sadie Sink. Fraser received a standing ovation when the movie premiered at Venice Film Festival months ago, and many believe he’s a shoe-in for Best Actor for the Oscars.

After an already impressive career, people are calling this his “Brenaissance,” with the actor also set to star in Martin Scorsese’s Killers of the Flower Moon. You can check out Brendan Fraser in The Whale soon, as the 2022 movie release hits theaters on Friday, December 9.

Forspoken: Chapter 4 – Where To Find Auden…