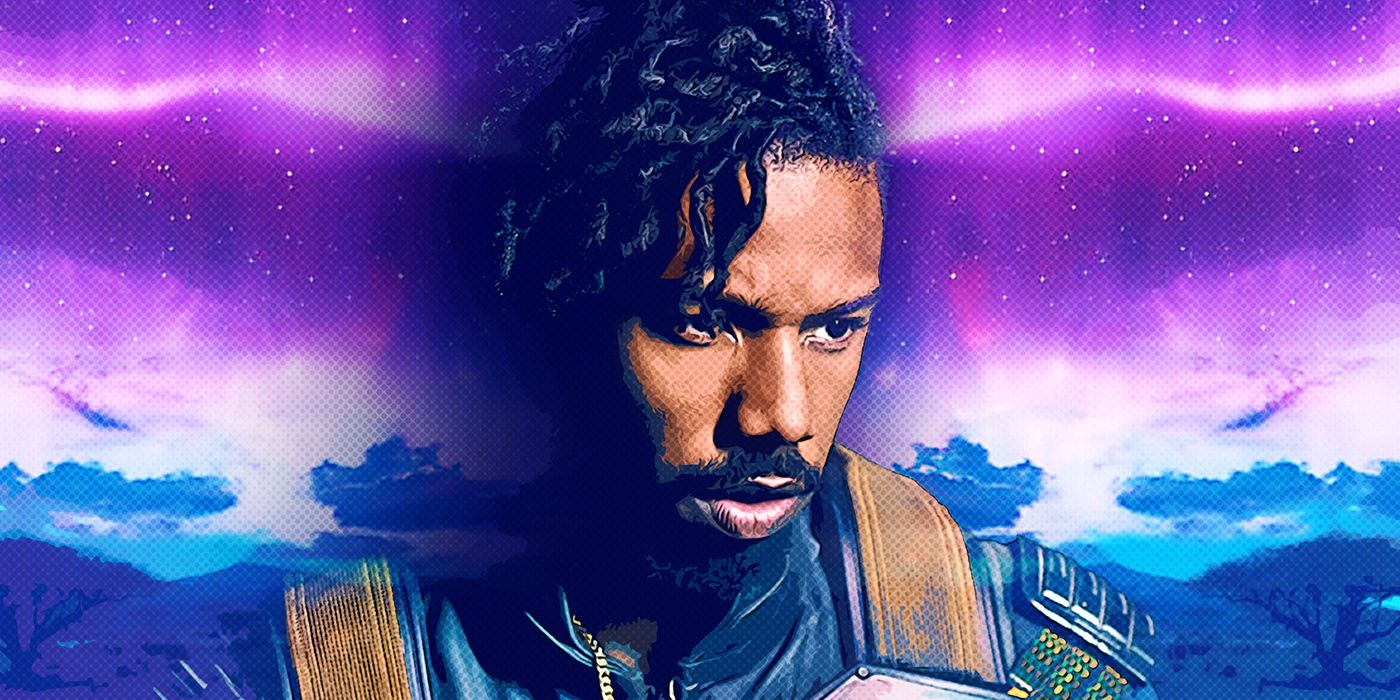 Marvel movies are usually fast-paced and action-packed, just as we like them. However, with the passing of Chadwick Boseman who portrayed King T’Challa aka The Black Panther in the MCU, the second Black Panther film, Black Panther: Wakanda Forever, was always going to be an emotional one. From the very opening minutes, the film was emotionally charged and remained that way for many of the characters throughout its runtime. A host of characters including Princess Shuri (Letitia Wright) were finding ways to hide and conceal their grief. But for the one who would take up the mantle of Black Panther, she was in for a surprise cameo in the Ancestral Plane and co-writer, Joe Robert Cole explains the inspiration behind this.

A series of events throughout the film, brought Shuri further grief when Queen Ramonda (Angela Bassett) was killed by the actions of Talokon leader, Namor (Tenoch Huerta Mejía). Faced with crippling odds, necessity became the mother of invention and she was able to recreate the Heart-Shaped herb, granting her the abilities of the Black Panther. As it is known, taking the herb necessitates a trip to the Ancestral Plane and here Shuri met her family’s nemesis from the original film, Killmonger (Michael B. Jordan). Speaking to Rolling Stone, Cole explains that the plan was always to get Jordan in, but a couple of questions had to be answered including, “How is it relevant to Shuri’s journey and become a pivot point for her character?”

The entire experience in the Ancestral Plane saw Killmonger goading Shuri to choose vengeance and hate just like he did. “That’s a part of what we tried to lay in with her early on, the anger of losing someone, the sense of loss,” Cole explains. “And then how losing her mother would escalate her feelings of wanting vengeance.” It was a choice of whether she would be different when faced with similar choices, “The idea was to successfully build the stakes for her so that would resonate,” Cole adds.

Eventually, when Shuri was a hair’s breadth away from taking her vengeance after a colossal clash with Namor, the new protector of Wakanda choose to be different from Killmonger, sparing the life of the Talokan leader and forging a fearsome alliance with the underwater king and his deep-sea empire. Asides from Bassett, Wright, and Jordan Black Panther: Wakanda Forever’s cast also features Danai Gurira, Lupita Nyong’o, Winston Duke, Martin Freeman, Dominique Thorne, Florence Kasumba, and Michaela Coel. Cole pens the screenplay alongside director, Ryan Coogler.

Watch the trailer below and read Cole’s comments on Killmonger in full below:

“We always wanted to have Michael return, and I feel like it was always going to be in the ancestral plane with Shuri having taken the potion. The question was always like, how do you achieve the thing I think that you’re talking about? How do you make it more than just more than just, everyone’s excited because Michael’s amazing, and the character’s amazing? How is it relevant to Shuri’s journey and become a pivot point for her character? Then, if you think about it, [in the first movie] his journey was about vengeance as well, and anger and frustration. That’s a part of what we tried to lay in with her early on, the anger of losing someone, the sense of loss. And then how losing her mother would escalate her feelings of wanting vengeance. We just tried to build on that, so that he is presenting her with a choice of: Is she going to move towards the direction that Killmonger would move? Or is she going to do something different? The idea was to successfully build the stakes for her so that would resonate. So it would feel earned that she would feel that sort of [yearning for] vengeance. But one thing I also really loved about the Killmonger scene that we found was his point of view about how he changed Wakanda. Killmonger came in and spoke to the question of, Am I my brother’s keeper? And how Wakanda had not looked out for the globe. Here you have Ramonda the Queen, who is diametrically opposed — she was much more isolationist than T’Challa was — who saves RiRi, this African-American teenager. There is an argument that prior to Killmonger, that might not have happened. So were able to make that scene not only relevant to Shuri’s character, but also relevant to the nation of Wakanda.

How to update SSD in Steam Deck

How To Use Sigil Arrows