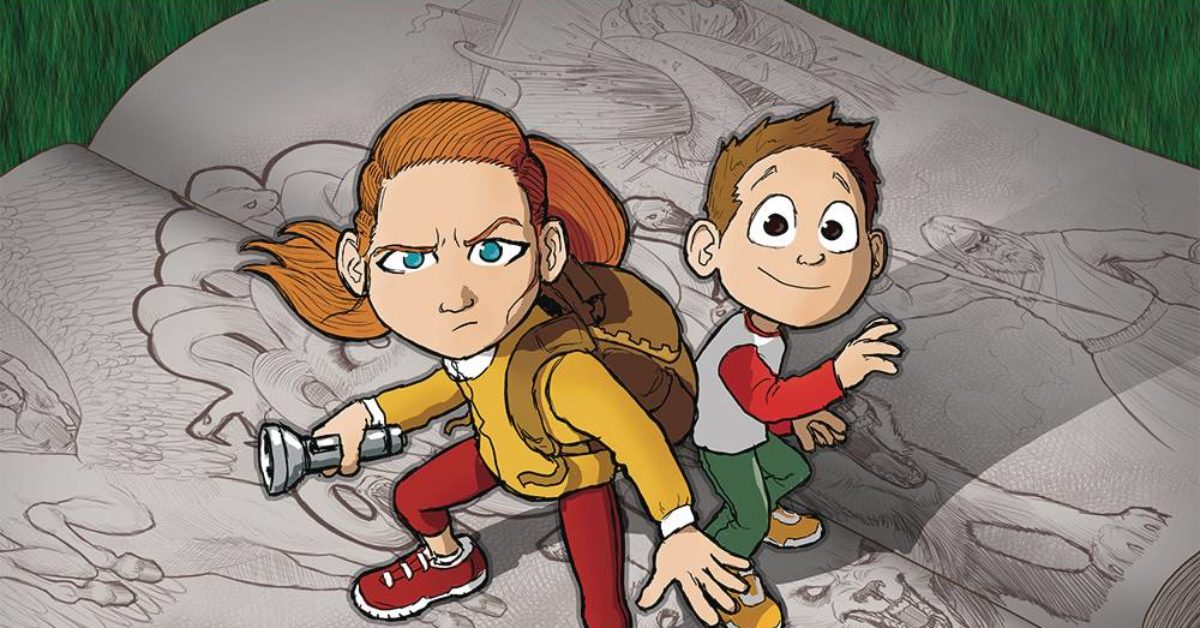 David Schow and Andres Esparza are launching a new John Carpenter’s Tales Of Science Fiction comic book with The Envoy #1 in Storm King Studios’ February 2023 solicits and solicitations. As well as a new original graphic novel, John Carpenter Presents: Storm Kids: Fetch: Book One: The Journey by Mike Sizemore and Dave Kennedy that must get the record for the most amount of colons in one comic book title. Take a look at the solicitations to both titles below…

JOHN CARPENTERS TALES SCIENCE FICTION THE ENVOY #1 (OF 3) (M
STORM KING PRODUCTIONS, INC
DEC221670
(W) David Schow (A) Andres Esparza (CA) Cat Staggs
Two cutting-edge scientists, friends and rivals since college, race to be the first to make alien contact. One finds a golden entity that offers to cure the worst Earthbound diseases. Simultaneously the other has discovered a creature that could be an alien or even a ghost. Is it two-in-one extraterrestrial contact… or something more monstrous? In Shops: Feb 22, 2023 SRP: 4.99

FETCH THE JOURNEY GN
STORM KING PRODUCTIONS, INC
DEC221669
(W) Mike Sizemore (A / CA) Dave Kennedy
Join 12-year-old Danni, her younger brother Sammy, and the Greek Hero Odysseus, as they explore the Underworld to face both monsters and gods in a seemingly impossible adventure to fetch their dog back to the land of the living. Writer Mike Sizemore (JC’S TALES OF SCIENCE FICTION: VORTEX, JC’S TALES FOR A HALLOWEENIGHT) and the art team of brothers Dave Kennedy and Pete Kennedy, bring you an adventure for the ages, in FETCH: THE JOURNEY, the newest story from John Carpenter Presents Storm Kids. In Shops: Feb 08, 2023 SRP: 14.99

John  Carpenter is most commonly associated with horror, action, and science fiction films of the 1970s and 1980s, including directing or producing movies such as Halloween, The Fog, Escape from New York, Starman, Dark Star, Assault on Precinct 13, The Thing, Christine, Big Trouble in Little China, Prince of Darkness, They Live, In the Mouth of Madness, and Escape from L.A. He recently returned to Halloween, Halloween Kills and Halloween Ends.