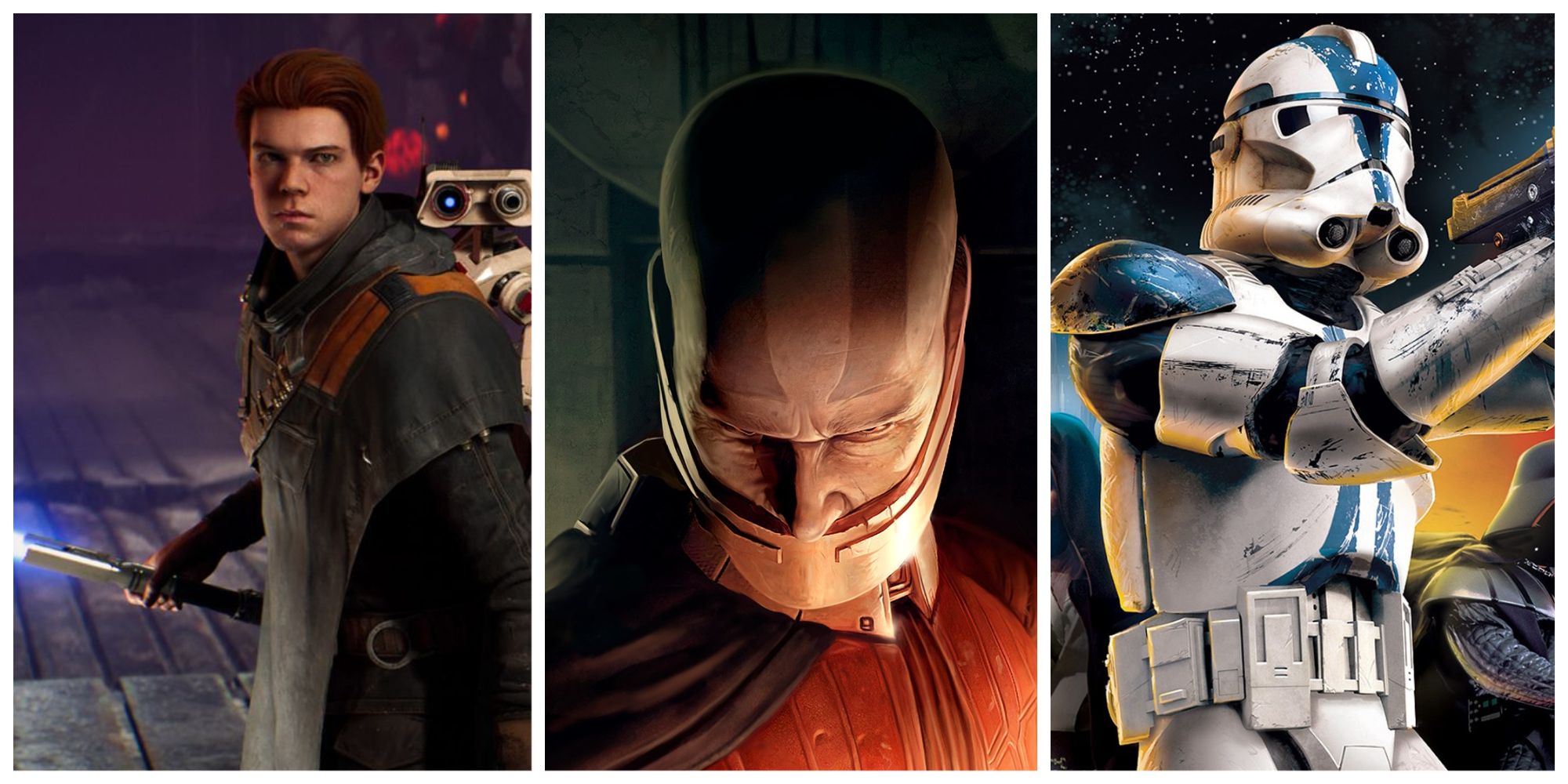 Star Wars is one of the most popular franchises in every respect of the geek culture. It’s been more than four decades since George Lucas created this glorious IP, and the Skywalker Saga and the other stories from both the canon and the extended universe continue to bewitch millions of fans.

RELATED: I’m Still Obsessed With Star Wars Galaxies (Even Though I Don’t Play It)

Plenty of top-notch quality games have been released over the years, and they have covered almost every genre available. Moreover, many games have had the merit of being a milestone for their era. Because of that, balancing the quantity of both new and old titles to add to this standing has been a tough task. Read on to learn more about the best Star Wars games ever released.

The Delta Squad is the taillight of this starship. This team of elite clone commandos made its first appearance in Star Wars: Republic Commando in 2005. Their thrilling story takes place slightly before Star Wars: Episode III – Revenge of the Sith and lets you play as the team’s leader, giving you the chance to coordinate their actions and behavior — fairly innovative for its time. While boasting good gunplay mechanics and a grim-dark atmosphere, the title feels a bit repetitive, and the enemy AI is not so brilliant.

After an awful launch characterized by predatory microtransactions to avoid endless grinding, Star Wars: Battlefront II managed to perform an epic redemption arc. Through the years, EA and DICE reworked the progression system and constantly added lots of free DLCs such as maps, heroes, and tie-in content for the new movies, from The Last Jedi Season in 2017 to the Original Trilogy updates in 2020. Boasting such expansions, engaging multiplayer modes, and epic large-scale battles, Battlefront II became worthy of its forefather. A good single-player campaign, set between Ep VI and VII, completes the package.

This package offers a massive Lego experience that spans from the events of Star Wars: Episode I – The Phantom Menace to the epilogue of Star Wars: Episode IX – The Rise of Skywalker, allowing you to relive the most iconic moments of the movie franchise — everything in the canonical over-the-top and funny Lego way — through the eyes and the bricks of more than 300 characters.

The plug-and-play mechanics are simple and entertaining, but at the same time, they can be a bit repetitive. They’ll accompany you for countless hours of gameplay if you are brave and completist enough.

Even if a bit outdated nowadays, Star Wars: Battlefront II was a blast at the time, and it can be considered, for all intents and purposes, a cult multiplayer video game. Featuring massive, large-scale ground battles and fast-paced dogfights, the game felt like a big improvement compared to Star Wars: Battlefront and pushed the action even further with the addition of sprint and roll abilities. Also, the single-player campaign was highly praised, boasting a compelling story of Darth Vader’s elite 501st Legion of Stormtroopers. A timeless classic that, in some respect, wasn’t really surpassed by the newer Battlefront II released in 2017.

Jedi Outcast is one of the best and most intriguing action experiences set in the world of Star Wars. The story, which follows the events of Star Wars Jedi Knight: Mysteries of the Sith, has as its protagonist Kyle Katarn, an agent of the New Republic. Pushing further the quality of the lightsaber mechanics and capitalizing on the best of the previous installment, Star Wars Jedi Knight: JDark Forces II. This title offers great fights in fascinating and well-designed locations. Unfortunately, Kyle must settle for the sixth place on this list since it has been surpassed by the modern milestones of the same genre and by some immortal titles.

The second half of this standing opens with an instant modern classic made by Respawn Entertainment. The veteran of the industry Vince Zampella and his studio, after mastering the art of developing shooter games, left their mark also in the action-adventure genre. In Star Wars Jedi: Fallen Order, you will play as Cal Kestis, a Jedi Padawan, and fight the Galactic Empire. With your lightsaber and Force powers, you will experience an epic journey that takes place a few years after the events of Star Wars: Episode III – Revenge of the Sith.

Before looking at the top three Star Wars titles, it’s advisable to stop and take a look at one of the best MMO games playable nowadays and over the last ten years. In SWTOR, you can shape your personal Star Wars saga: you can join the Jedi Knights or be a vengeful Sith and embrace the dark side of the Force.

You can also be a clever smuggler or a gun for hire — the choice is yours. You can play together with your friend and take part in epic quests around the galaxy or fight the other players in engaging PVP modes

The passing of the baton between BioWare Games and Obsidian Entertainment decreed the making of an epic tale and an incredible RPG. The gameplay is an upgrade that goes beyond simply more of the same, and the gray morality depicted in the story is fascinating.

RELATED:Things That Should Be in the KOTOR Remake

However, a few storytelling flaws and some technical issues, together with an atmosphere that feel less faithful to the Star Wars universe, prevent Knight of the Old Republic II: The Sith Lords from reaching the level of the masterpiece that came before.

Released exclusively on the Nintendo Game Cube and as a launch title for the NA market more than 20 years ago, Rogue Squadron II is still the pinnacle of the space fights in Star Wars games. The fidelity to the Original Trilogy is commendable, and several sections of the movies are reenacted splendidly. Star Wars isn’t made only of Jedi, Sith, lightsaber battles, and blasters. The X-Wing and other spacecraft are equally iconic, and Rogue Leader is a perfect example of how exciting and incredible dogfights can be.

Knights of the Old Republic is the everlasting myth and masterpiece created by BioWare and sits on the top of the galaxy of this list, and it couldn’t be otherwise. The quality of the story still echoes nowadays, and two decades after its original release, that plot twist is still one of the greatest reveals in the history of video games. The atmosphere is fascinating, and every location exudes Star Wars vibes. Whether you want to be a vicious Dark Lord or a righteous Jedi Knight, you will live an unforgettable journey.