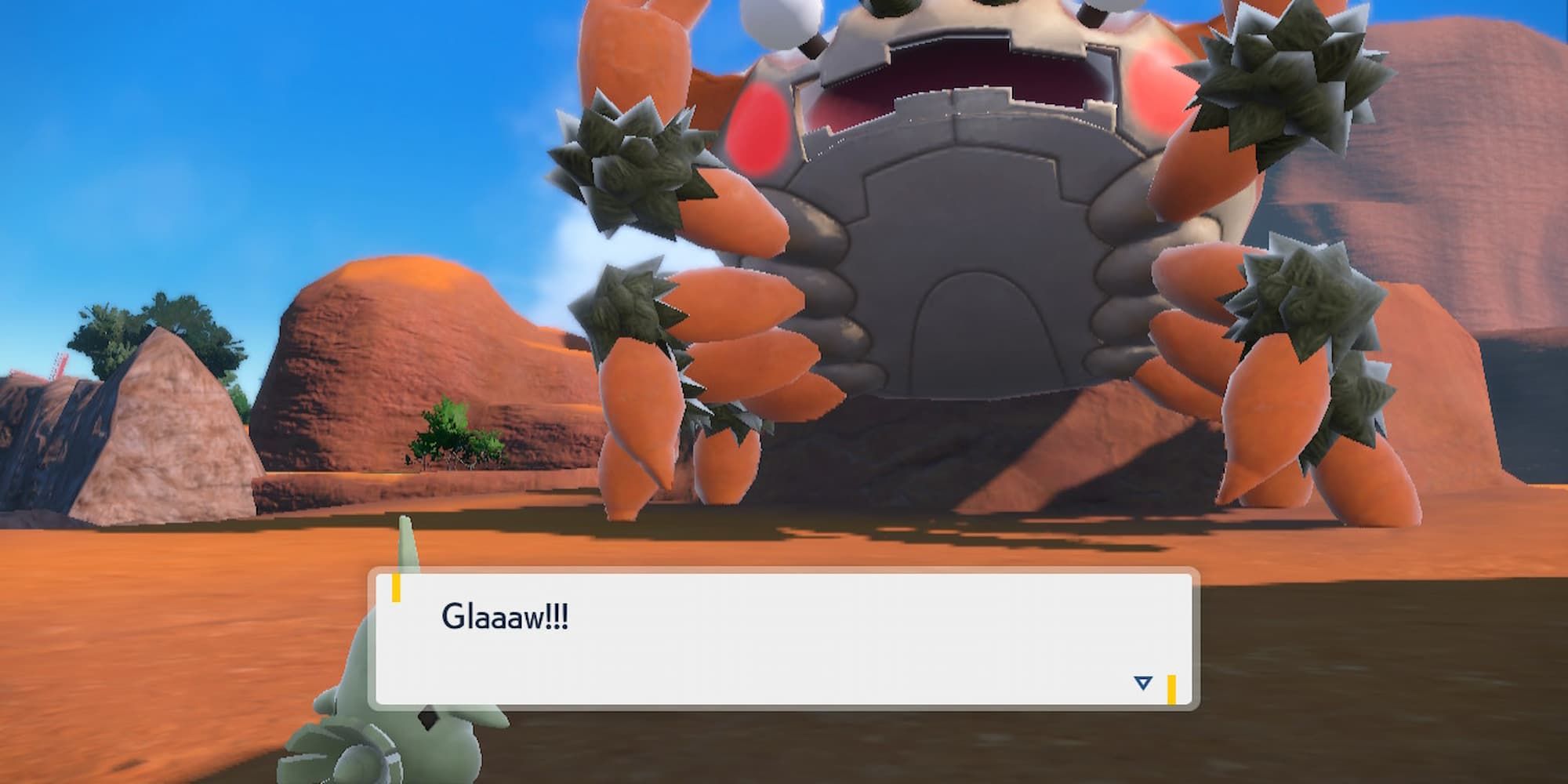 The first and weakest Titans, Stony Cliff Titan, can be a cakewalk if done correctly. Anyway, here are some tips to defeat it in Scarlet & Violet.

Pokémon Scarlet & Violet are fully open-world games, allowing you to follow each of the three storylines at once in whichever order you wish. With this freedom, many players will find battles more challenging, while others will be much easier if they were initially skipped over.

One of these quest lines is the Path of Legends, which has you finding and battling the five Titan Pokémon scattered around the island. These Titan Pokémon are much stronger than their standard forms but offer new abilities for traversal for Koraidon and Miraidon.

As with all locations in Scarlet and Violet, you’ll see the location of the Stony Cliff Titan marked on your map with an exclamation mark once the world opens up for exploration. The titan can be found along the path when leaving Mesagoza to the east, following the path towards Artazon. The Titan is a massive Klawf found clinging to the rock wall. Save along the ramp up to its location, as the battle will begin without warning as your approach. For both phases of this fight, it is recommended your Pokémon be around level 16 or lower if you are super effective to its type matchup.

The first phase of the battle will begin, and the Titan will be a stronger than usual Klawf. It is only a rock type, and your best bet will be to use water, grass, steel, fighting, and ground-type attacks. Both Quaxly and Sprigatito are super effective against this Titan and can make the first phase of this fight trivial. Once Klwaf’s health is lowered to the red, this phase of the battle will end with it running away and jumping to an area below.

After reaching its new location, the Titan will consume a herb and begin radiating a purple aura. This phase of the fight has the Titan back at full health and Arven joining the battle with his Shellder. While the Titan is stronger, having the second Pokémon in the battle can help tank some of the damage.

Arven’s Shellder can also use Leer, lowering Klawf’s defense. Once the Titan’s defense is weakened, do not waste a second and launch your attacks. Follow up with super-effective water, grass, steel, fighting, or ground-type attacks, and the battle will be almost as easy as the first phase.

After beating the Titan, Arven and the player will head inside the tunnel to find more of the herb the Titan initially ate. Once your legendary Pokémon consumes this herb, it will gain the Dash ability. This ability can be used by pressing down and forward on the left joystick while mounted. The Paldea region can be massive even when exploring on your mount, and Dashing can help shorten your long journeys.

Next: Pokémon Scarlet & Violet: How To Use Let’s Go!

Star Citizen Goes Free-To-Play Until The End Of November