How To Beat The Frost Phantom 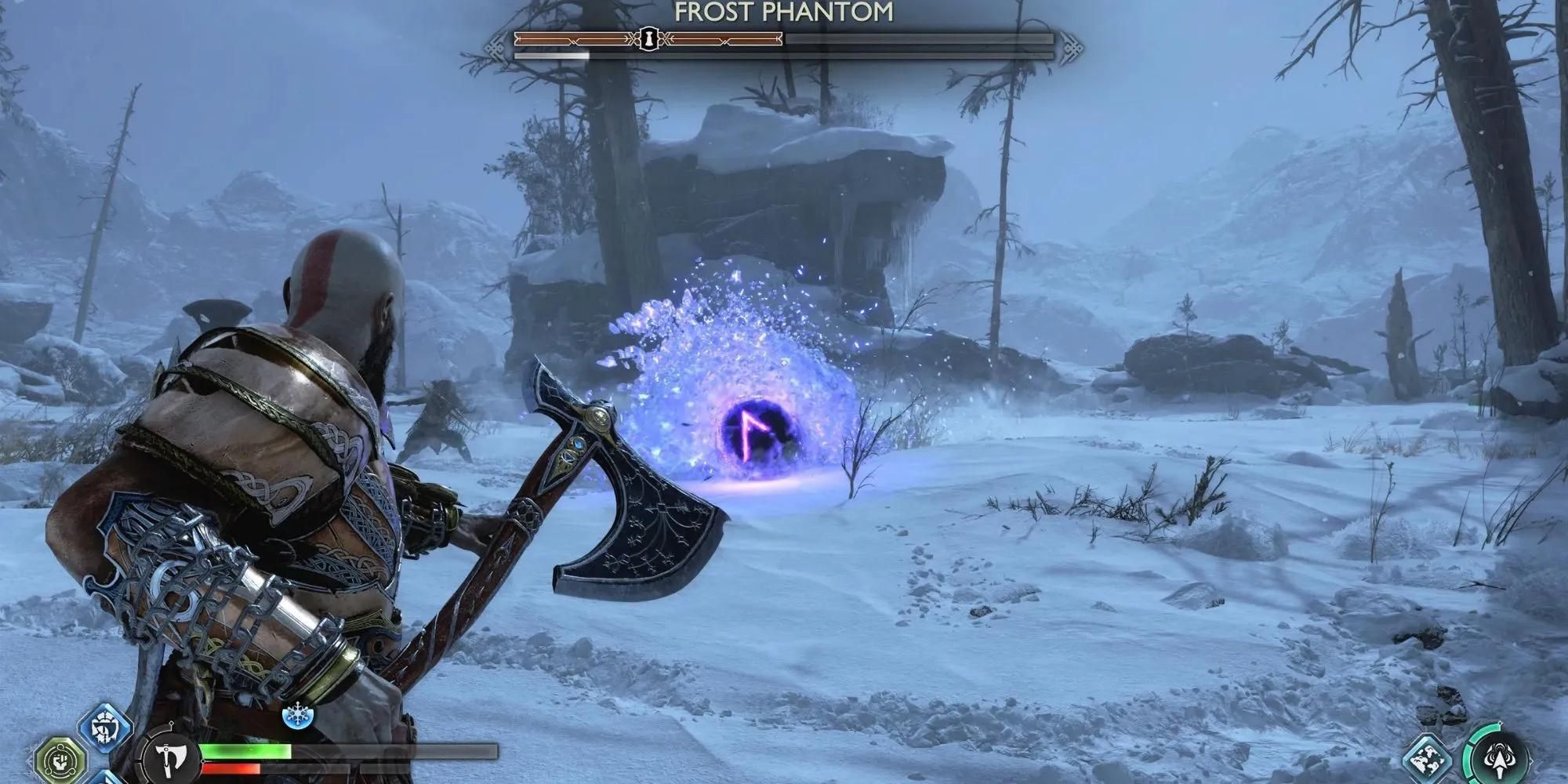 God of War Ragnarok is now available and has hit the scene with much praise and rave reviews. Ragnarok brings an incredible, fantastical setting to life with a strong cast of characters and an impressive story. Throughout your time with the game, you’ll also face quite a few bosses that are well-crafted to balance fun and difficulty.

RELATED: How Long Does It Take To Beat God Of War Ragnarok

You’ll likely encounter more than one Frost Phantom during your adventures, especially if you’re engaging in side content. The Frost Phantom can be a tricky opponent because defeating it isn’t as simple as hacking away at it until it’s dead. If you’re looking for some guidance on how to defeat this foe, you’ve come to the right place.

Defending Against The Frost Phantom

As you would expect, the Frost Phantom inflicts the frost status effect, which can be a real nuisance if it’s allowed to freeze you. The frozen effect will slow you down, making it harder for you to keep up with the quick and nimble Frost Phantom.

The Frost Phantom has a red-ringed attack where it will slam the ground, damaging everything close by. You’ll want to back away from the attack as soon as you see the red ring.

The creature also has something of a tail swipe, which is accompanied by a yellow ring. If you’re confident in your timing, you can attempt parrying this attack. Otherwise, you’ll want to evade the swipe. If you try to stand and block, the swipe will break your block and leave you vulnerable to a follow-up attack. The final troublesome move in the Frost Phantom’s set involves it summoning ice spikes at your feet. To avoid this, you’ll want to stay on the move until it stops.

Aim For The Runic Eye

Whether attacking from ranged or melee, you’ll want to focus all of your attacks on the creature’s runic eye. This is its only weak point, and attacking it doesn’t even take out its health. Instead, attacking the eye builds up the stun meter.

Once the Frost Phantom has retreated, you’ll want to attack the runic pillars keeping it alive as quickly as possible. You’ll have a limited amount of time, so make sure you don’t waste a second. You won’t be able to destroy all of the pillars in one go, so you’ll need to repeat the process of attacking the eye until you’re able to smash every pillar.

Once you’ve destroyed all of the pillars, the Frost Phantom will appear one last time with no health. The stun meter should be nearly full. Attack the runic eye until the meter fills for the last time. You’ll then be prompted to perform an R3 attack, destroying the Frost Phantom and ending the fight.

NEXT: God Of War Ragnarok Shows The Pain Of Unresolved Grief

What Is The Wordle Answer Today? #535 Hints & Tips For Tuesday, December 6

All Pokemon That Evolve With The Fire Stone