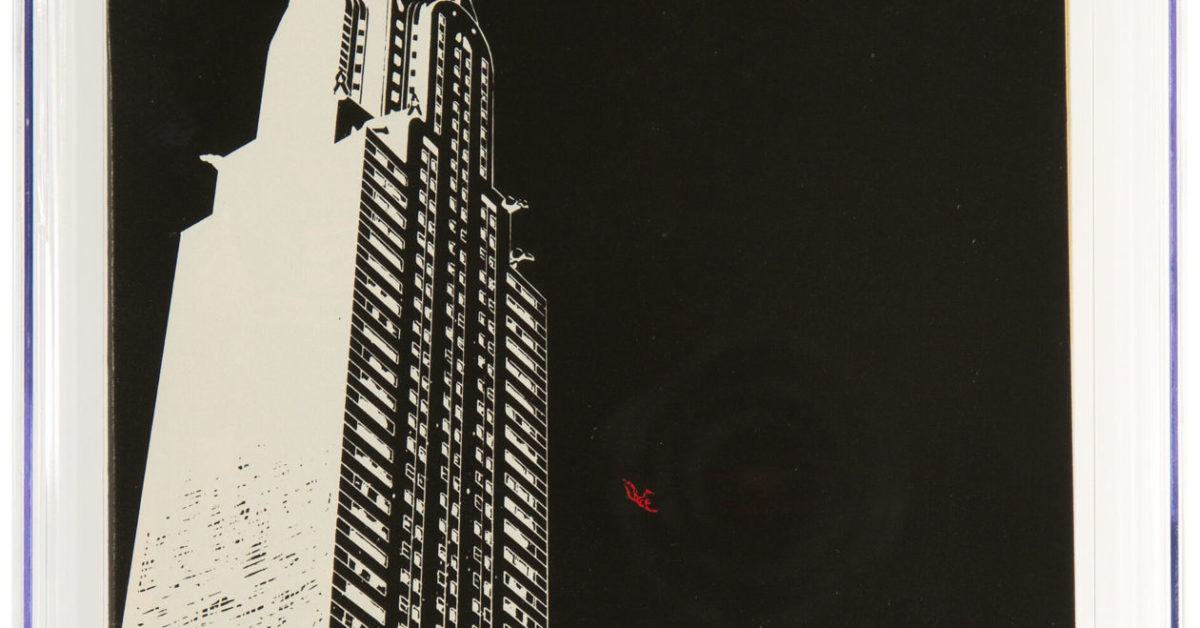 One of the most interesting aspects in the rise of American comic book back issues of late has been a new focus on the nineties. Often reviled as the decade that art forgot, even as sales commonly hit six and then seven figures, many believed that with such high print runs, the comic books would never attract long term values without artificial scarcity. Longboxes of nineties comics were commonly attempted to be sold, and many were pulped. But thirty years on, with many modern media properties steeped in the nineties, and a new revival in the aesthetic in current comic books, there is a newfound appreciation for the time period.

And this is demonstrated today by the work of Dan Chichester and Scott McDaniel on Daredevil from 1993. At the time it was dismissed as an attempt to copy Frank Miller‘s most recent stylings in the comic book Sin City, and transfer them to Daredevil, the comic where Frank Miller made his name. But now it is seen as a nineties classic, bringing back Elektra to the comic book series. With the first issue of their run gaining collectable attention, but not as much as the second printing with a far lower print run, from a time when people only really valued the first printing. Which is how a CGC 9.8 copy of Daredevil #319 second printing has received bids totalling $119 at Heritage Art Auctions when it goes under the hammer later today. Might it go even higher?

Heritage Auctions is based in Dallas, Texas, and was founded by two collectors, Steve Ivy and Jim Halperin, and began including auctions of comic books in 2001.