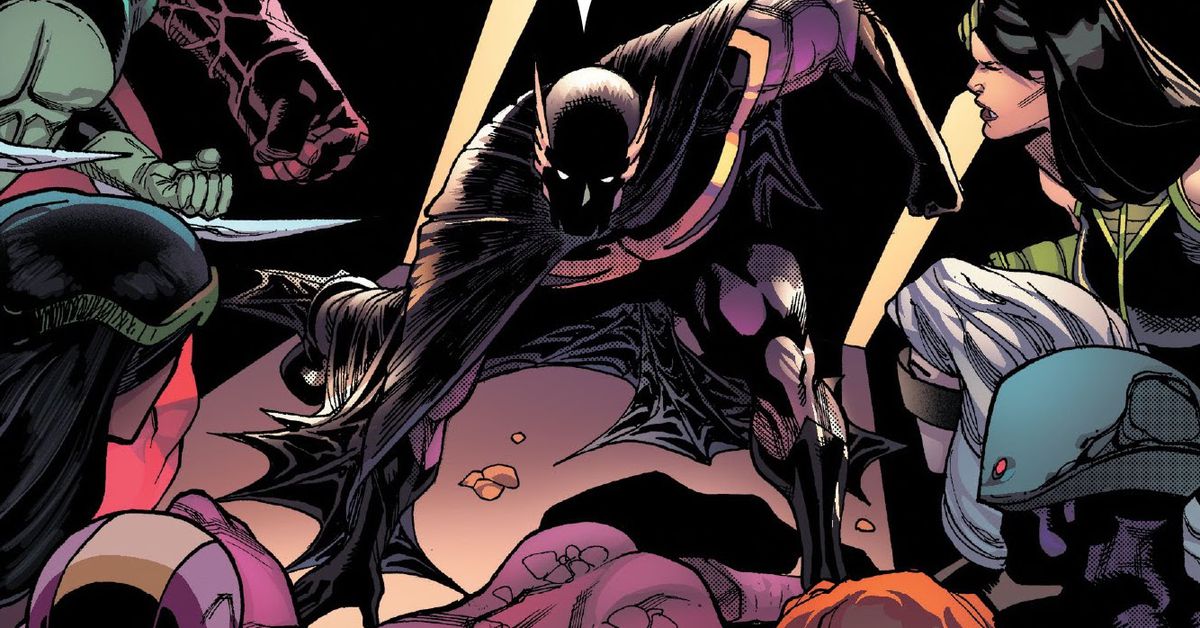 This week, a former villain who recently realized his life was largely a fabrication created by the devil put his differences aside for the greater good and joined the Avengers. For the Avengers, this is nothing new … except, maybe, for how their new recruit is technically Batman.

Nighthawk, a nocturnal-slash-bird-themed supervillain, is a perennial member of the Squadron Supreme, created in 1969 as the Marvel Comics’ premier supervillain team based entirely on DC Comics’ Justice League. And now he’s an Avenger! You’d think after all these years I’d be bored of all the ways that comic book superhero universes cannibalize each other, but, truly, I am not. Batman is in the Avengers! Rock on, you funky little plot line, you.

What else is happening in the pages of our favorite comics? We’ll tell you. Welcome to Monday Funnies, Polygon’s weekly list of the books that our comics editor enjoyed this past week. It’s part society pages of superhero lives, part reading recommendations, part “look at this cool art.” There may be some spoilers. There may not be enough context. But there will be great comics. (And if you missed the last edition, read this.)

Do I care a ton about the Squadron Supreme? About Knighthawk? Honestly, no. But do I enjoy a sensible chuckle about Fake Batman joining the Avengers? You bet I do.

Now this is how you play Catwoman being a hero who is still a world-class thief: She steals Black Mask’s mask right off his face and holds it for ransom, and then you show it off with this absolutely arresting full-page splash. Tini Howard and Nico Leon’s Catwoman is quietly becoming one of my reliable faves.

Writer Benjamin Percy’s Wolverine and X-Force books have been very serious stories about serious people dealing with serious problems. Which is in part why I’m very much here for an absolutely Looney Tunes story about Deadpool (Ralph Wolf) trying desperately to set foot on Krakoa and join X-Force (eat sheep) as Wolverine (Sam Sheepdog) stops him at every turn.

I was a big fan of Basket Full of Heads, and a fan of the way its sequel, Refrigerator Full of Heads, has stretched the initial girl-alone-on-a-single-night-of-horror premise to a full Evil Dead/Jaws gonzo horror-action premise. When Chekov’s undead shark head finally came down off the mantelpiece to chomp the villain — who had transformed himself into a horrible snake monster using a magical belt — perfectly in half, I felt eminently satisfied.

But when, just a few pages later, the villain’s upper torso made its traditional shocking reappearance with axe in hand to cleave our heroes, only for writer Rio Youers and artist Tom Fowler to reveal that the belt fell on the shark head, transforming the shark head into a huge snake monster with a shark head, and the shark-snake (shake? snark?) fell upon the villain and devoured him — I cackled for a good solid minute. Bless this comic for knowing exactly what it is, and Fowler for drawing the hell out of it.