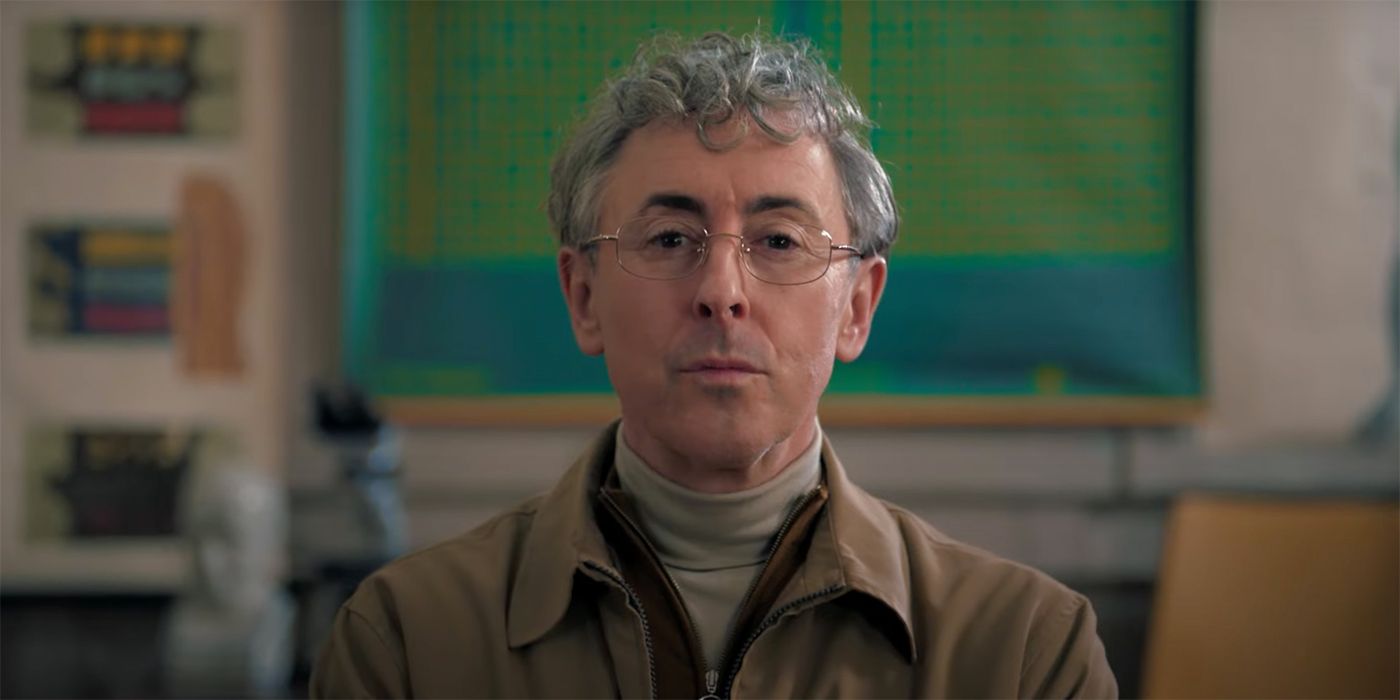 In the trailer, we see Lee speaking through Cumming as he recounts his time at the academy back in 1993. When he walked in as a pale, supposedly 16-year-old teen with distinctive hair and glasses, nobody was any the wiser. Through a mix of animation and testimony from his classmates, one of whom is the director McLeod, and former teachers, the footage depicts Lee as a good student with respect and care for those around him. Despite being a supposed transfer, Lee had made such an impression at Bearsden that he was picked out by name as a student who seemed as if he’d been at the academy forever. In Lee’s own words, “Hiding in plain sight is about the best place you can hide.”

Lee’s world came crashing down as police came onto his charade, finding multiple passports belonging to him. The trailer then dips into the darker side of Lee’s story including one story where he and a group of other students were being chased by the police when he unveiled his secret. Despite their best efforts, nobody can truly comprehend why Lee, really 30-year-old Brian MacKinnon, would pose as a student at the academy and hang around with high schoolers. It spirals out of control into one of the most bizarre true events to ever occur with so many people who forged memories with Lee receiving the rude awakening that they were mere “means to an end.”

Alongside its mix of animation and interviews from Lee and others, the film also contains archival footage from the academy and local reports to transport viewers back to the time of Lee’s deception. Because of his time at the academy with Lee, McLeod proved the perfect person to put together the documentary. He described Lee’s arrival at Bearsden to IndieWire, saying:

“It was 1993 and I was 15 years old when Brandon first walked into my high school class. He was from Canada, had a strange accent and looked different to the rest of us kids. He was the class geek, basically. But as junior year progressed, he blossomed into one of the most popular kids in school. It wouldn’t be until after graduation that we’d discover the secret to his success.”

When Lee refused to do the interview on camera, McLeod got the idea to bring in Cumming as a mouthpiece for Lee’s words after learning that the actor was originally going to play Lee in a film back in the 1990s, though it never came to fruition. When he approached the veteran actor about the role, McLeod said, “I think Alan was tickled that this part had found its way back to him after all that time. And I think he relished the challenge of inhabiting a character without being able to rely on his own voice. The result is this incredible performance that Alan has pulled off, it’s really breathtaking.”

Magnolia Pictures picked up My Old School for distribution after its Sundance run. It’s set to debut in theaters on July 22. Check out the trailer below.