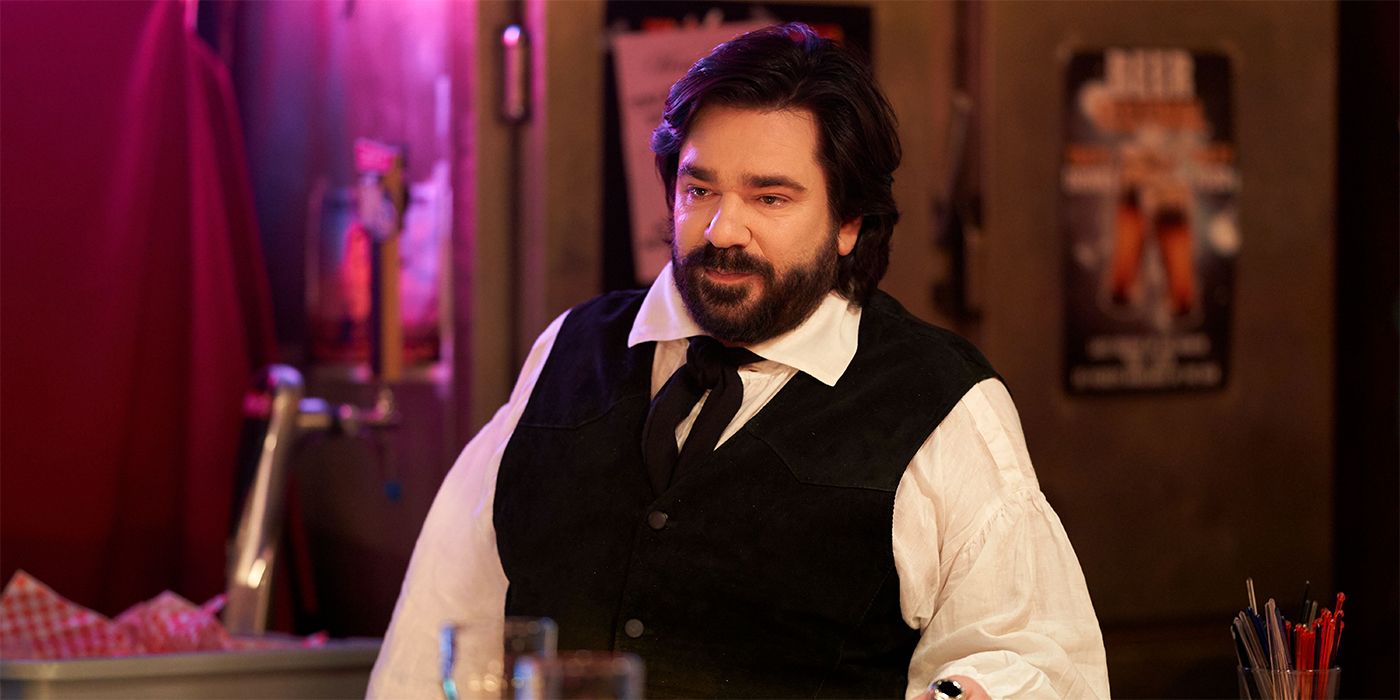 Protect your necks and grab your party gear, because the official trailer for What We Do in the Shadows Season 4 has arrived. After sharing a teaser earlier this month, FX has released the full trailer, providing a more rounded look at what to expect from the upcoming season premiering next month.

The new trailer catches viewers up on what the group has been up to since Season 3, and where they’re headed. It begins with Laszlo (Matt Berry) using his own unique brand of parenting to raise Colin (Mark Proksch). While his plan is to mold a more interesting version of the typically uninteresting energy vampire, he finds himself facing some unfortunate obstacles. Nadja (Natasia Demetriou), on the other hand, thrives in her new business: a vampire nightclub. She also hopes the club will draw in “rich humans,” which have a more distinct taste. Viewers also get a glimpse of Nandor (Kayvan Novak) and his quest to find love. Despite his best efforts, his partner choices are all a bit put-off by his methods. As the trailer continues, it showcases the group in various other hijinks both fun and otherwise — including a mansion that’s falling apart.

What We Do in the Shadows is a mockumentary series that follows four vampires — Nadja, Laszlo, Nandor, and Colin — who have lived together for over 100 years. The group now resides in modern day Staten Island with their familiar Guillermo (Harvey Guillén) and hope to one day conquer the city. Season 4 sees the group reunite after their separation at the end of Season 3. They return to a home more rundown than ever with no money to repair it. Meanwhile, they each embark on various new pursuits including raising a baby Colin, opening a club, and searching for love. Kristen Schaal will also reprise her role as The Guide for the upcoming season.

RELATED: ‘What We Do in the Shadows’ Season 4: Release Date, Cast, and Everything We Know So Far

What We Do in the Shadows was created by Jemaine Clement, who serves as an executive producer, writer, and director alongside Taika Waititi. The pair formerly wrote, directed, and starred in the 2014 film version of the same name. They have also made cameo appearances in the series.

What We Do in the Shadows Season 4 premieres on Tuesday, July 12 at 10 p.m. ET on FX. Episodes will be available the next day on Hulu. Ahead of the Season 4 premiere, FX renewed the series for two additional seasons.

Check out the Season 4 trailer below: