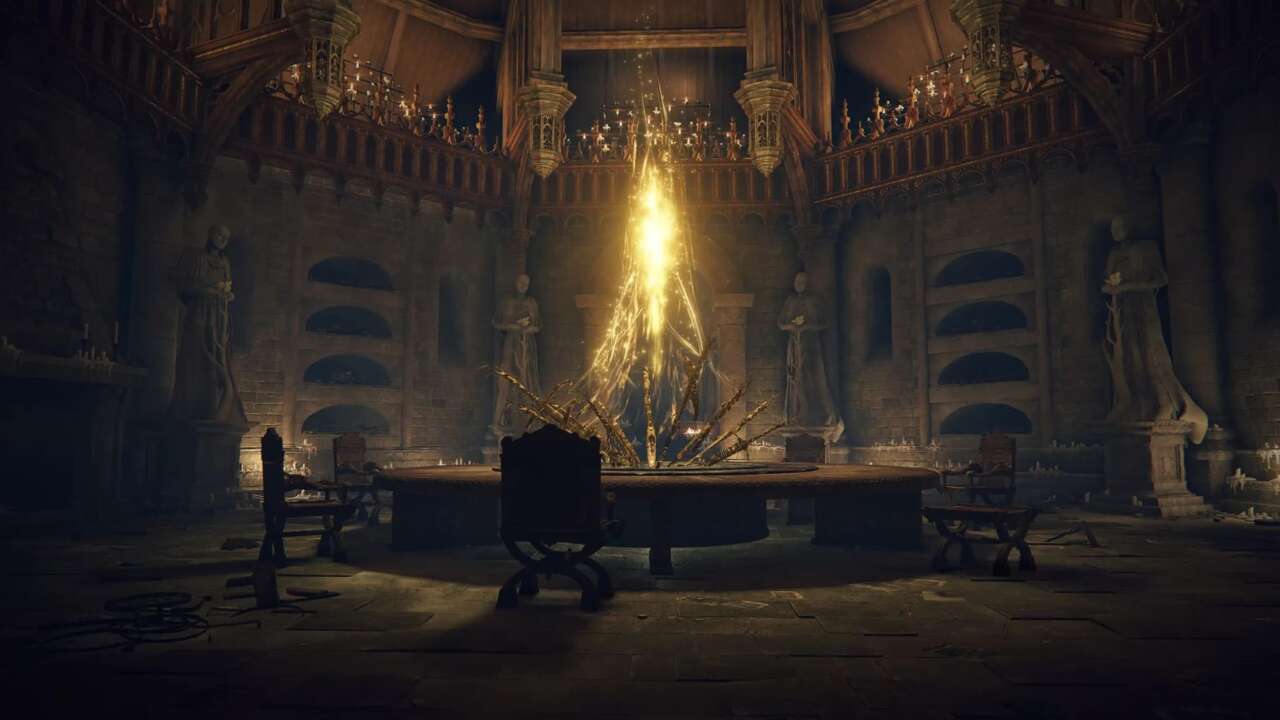 Elden Ring has been a massive hit, beyond any prior From Software action-RPG. Its success, combined with some potential leaks, has prompted speculation concerning an eventual Game Pass release. Below, we break it down, discussing how and when the sprawling Lands Between might appear on Microsoft’s subscription service.

Is Elden Ring On Game Pass?

No, the massive Japanese RPG is not currently available on Game Pass.

Do We Know If Elden Ring Is Coming To Game Pass?

No. Publisher Bandai Namco, developer From Software, and Microsoft have released no information or confirmation concerning an eventual Game Pass release of the game.

Will Elden Ring Be On Game Pass?

Maybe! An error or leak, which displayed Elden Ring as available to play on the cloud with Game Pass, prompted a lot of speculation. It’s absolutely possible that someone published something too early in error. On the other hand, it certainly could have been a bug, like Microsoft claimed after it was fixed. While the error is currently worth an eyebrow-raise, it’s not a solid indication of an eventual Game Pass release.

Previous Bandai Namco collaborations with Game Pass might provide some insight into how an Elden Ring release on the subscription service would roll out. For example, some Bandai Namco games that have since left Game Pass show off a regular pattern: entering the service some months after launch and leaving Game Pass around a year after their inclusion. Ace Combat 7 arrived on the service on March 19, 2020, a little over a year after release, and then left Game Pass on June 15, 2021. Code Vein released on September 27, 2019, joined Game Pass in December 2020, and left on February 15, 2022, a little over two years later. Katamari Damacy Reroll launched on Xbox on November 20, 2020, joined Game Pass on August 5, 2021, and was removed from the service on July 31, 2022.

However, the games presently on Game Pass break with that expectation. Dragon Ball FighterZ, Taiko no Tatsujin: The Drum Master, Scarlet Nexus, Pac-Man Museum+ are all currently on Game Pass. FighterZ is only one of these games to launch on Game Pass a significant time after launch, as the game originally released in January 2018. Pac-Man Museum+ released on the surface just six days after release, on June 3, 2022. Taiko no Tasujin released on launch day: January 26, 2022. Scarlet Nexus is a particularly interesting case, because Bandai Namco denied that the game would be arriving on the service at launch, only for it to release on Game Pass only three months after.

All these releases together don’t indicate a particular pattern, though larger games like Ace Combat and Dragon Ball FighterZ tend to enter Game Pass at least a year after launch. However, none of the Bandai Namco-published and From Software-developed Dark Souls games have ever been on Game Pass. Also many of the Bandai Namco games currently on the service have some kind of microtransaction element, which Elden Ring does not currently have.

Based on the evidence we have, it seems unlikely Elden Ring–which released back in February–will arrive on Game Pass this year, but we’ll report back if and when that changes.