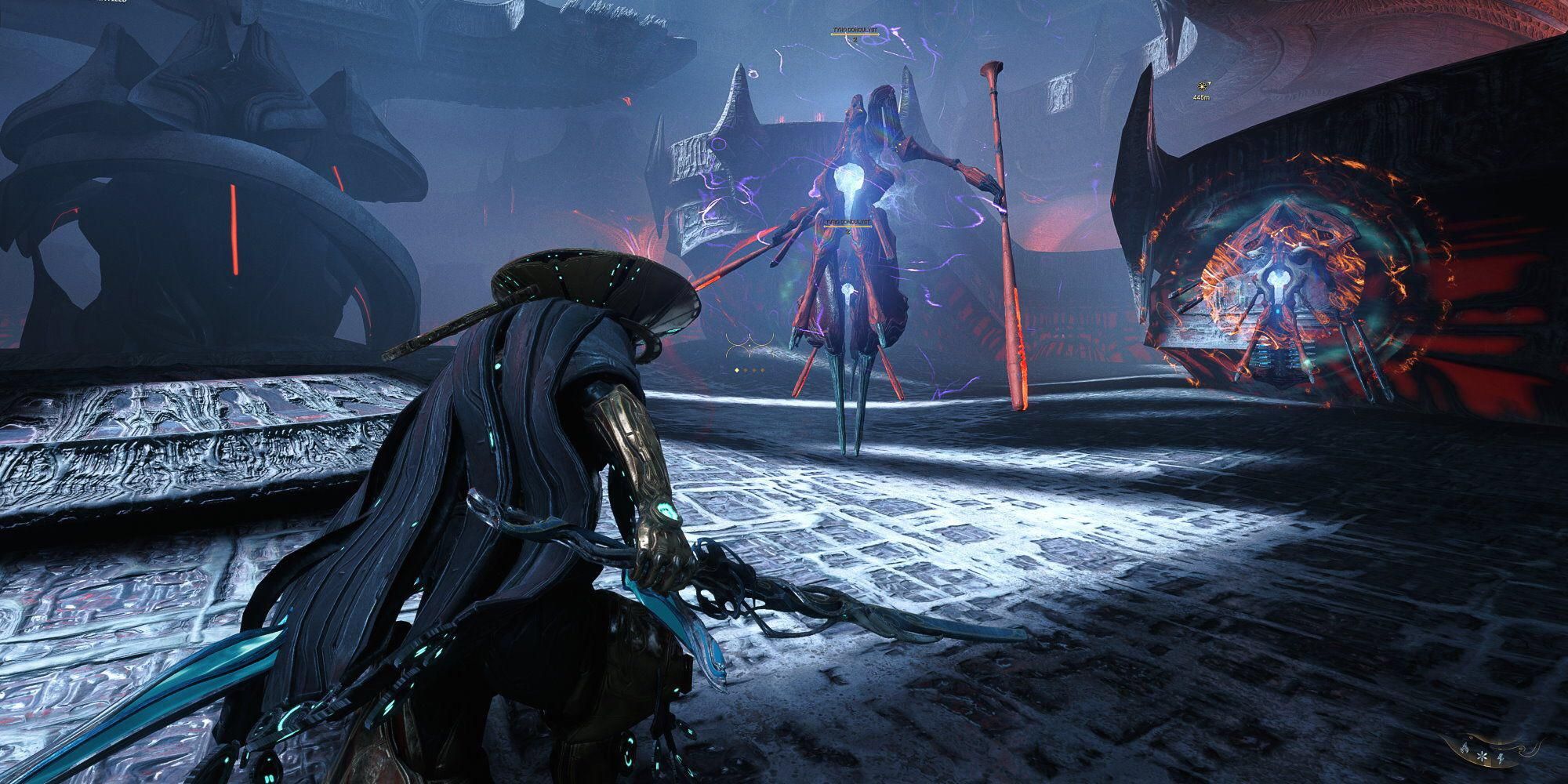 Free-to-play online shooter Warframe has finally added cross-platform play, allowing players on PC, PlayStation, Xbox, and Switch to build up their teams and experience missions together in pure action. Digital Extremes also detailed in a blog post what’s available in the cross-platform play and how players can enable the much-awaited feature from the options menu.

Players can now toggle cross-platform play by heading to the System section from the options menu. It will allow players to join other squads and give access to public matchmaking to complete missions with friends on different platforms. Regardless of what platform you and your friends use to play Warframe, joining Tenno’s Squad or using public matchmaking are your options for taking on enemies side by side. You can also use chat to coordinate your team to complete missions successfully.

Cross-platform play also allows players on different platforms to meet in relays and visit dojos — shared environments where the members of your clan can benefit from many advantages. Moreover, numeric suffixes have also been added to cross-platform play, helping players identify other members of the squad who have the same name across platforms. They can find their suffix by heading to their profile in the game menu. There will also be a cross-platform icon next to players’ names, showing from which platform they are joining your team.

RELATED: How To Get Prime Loot In Warframe Prime Resurgence For Free

In order to celebrate the arrival of cross-platform play, Digital Extremes is currently hosting a competition, requiring players to share a squad-based Captura screenshot that features at least two players across platforms. The publisher says any combination of platforms will be accepted, as players can include a brief caption to accompany the image. Winners of 500 platinum rewards will be selected based on creativity and quality of the images they sent. The competition will run until December 16 at 2 p.m. ET, 5 p.m. PT.

Digital Extremes also claimed that cross-platform save is in development, allowing players to carry their progress from one platform to another. Warframe is currently available on Xbox One, Xbox Series X|S, PlayStation 4, PlayStation 5, PC, and Switch.

NEXT: Like A Dragon: Ishin Combat Trailer Shows Off Four Distinct Combat Styles

After Emancipation Screened For A Star-Studded Audience (Including Dave Chappelle), Will Smith Had A Funny Take

The Day Before Developer Denies Scamming…

Like a Dragon: Ishin! is shaping up to be a safe…