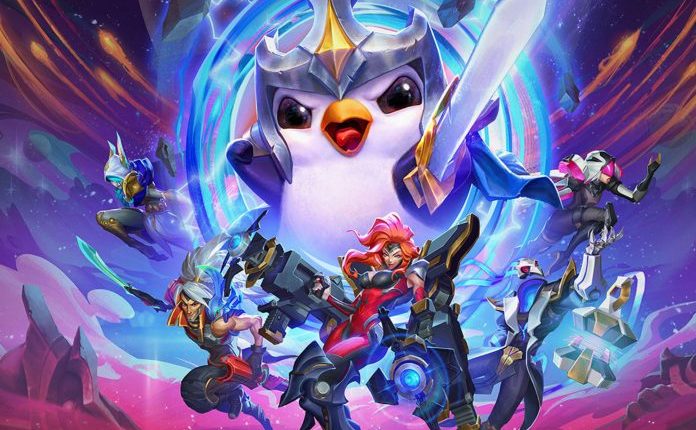 Teamfight Tactics (TFT) is a new but popular game that pits players against each other in a strategic battle for supremacy.

In this article, we’ll look at the core of Teamfight Tactics, alongside some tips and tricks for getting started. After reading, you’ll know the basics of TFT, the pros and cons of playing, and exactly how to improve.

What is Teamfight Tactics?

Firstly, Teamfight Tactics (TFT) is a spin-off to League of Legends where players control units on a map and engage in turn-based combat with their opponents.

In TFT, players fight each other for dominance by deploying units onto an automagically engaging battlefield. The player must defeat all their opponent’s units while protecting their own from being destroyed. For each round a player loses, corresponding points get deducted. The top place in each game is the last player standing until everyone else has lost all of their initial 100 points.

The primary objective of TFT is to wipe out your enemy’s team while keeping yours alive. Unlike other games where characters are predefined, players can choose which champion goes into battle and how they’re equipped based on what is collected during the match, giving TFT a strategic RPG twist.

TFT offers a few different modes, including a beginner-friendly “classic” mode where players cannot permanently die and a ranked mode that lets players start at the bottom of the ladder and work their way up. You can lose your rank in ranked matches if you lose too many, but winning frequently nets you many rewards.

What are some unique features of TFT?

The map design of Teamfight Tactics means positioning is extremely important. For example, ranged units have an advantage over melee units by placing them at the back, allowing for increased damage and reduced risk.

Champions (or units) that have built up enough momentum also gain access to special abilities (ultimates) such as healing or crowd control abilities that enhance combat capabilities. These abilities are specific to the champion, meaning one will have entirely different skills.

Each champion also has traits. Traits affect champion performance by enhancing their stats in combat. For example, the arcanist champions gain additional ability power when three arcanists are on the board. The power of traits means composition building is essential within the game.

What are some pros and cons of playing TFT?

Pros:
There is no permanent death, and once you lose, you can start another game.
– There is strategic combat that rewards skillful play with a competitive ranked ladder.
– There are different champions you can play each time.
– There are many different strategies to try out and develop as you progress through the game.
– A more relaxing gaming experience compared to other games.
– The entry barrier is low. Unlike League of Legends, TFT beginners can jump right into the ranked mode without practicing for too long.

Cons:
– Players can feel slow compared to other games.
– The game relies on randomness and luck sometimes.
– There is a high skill ceiling as the player’s rank increases.
– Up-to-date knowledge of the meta is required for the best chance of winning.

What are some recommended item sets?

Players generally choose what items they ideally want their champion to have before the match starts, then buy those upgrades from that list during gameplay.

Because TFT doesn’t have a traditional shop, players unlock and upgrade items during the match. Each champion has a specific set of upgradeable items that they can obtain, and each item has different effects and stats.

Some of the most commonly used and powerful items are damage items such as Hurricane and Hydra, which deal out AoE damage to several targets at once. Additionally, items such as the Bloodthirster are popular choices for their passive life steal abilities, restoring health over time as you deal damage.

How to improve as a beginner/veteran?

The best way to improve is to experiment with different champion combinations and item sets to see what works well together. You can also watch other players play the game and adapt their strategies accordingly.

As you play more games, you’ll start to get a feel for what works and what doesn’t, and you’ll begin to develop your own strategies.

Time and effort are required to rank up in TFT, just like in other competitive games; however, there are many guides and instructional videos on the web to help you get better. But the question is, can they get you to your full potential just by reading and watching?

One of the best and easiest ways is by getting a good TFT coach, a good coach can advance your TFT games and these tailored sessions will help you realize exactly what needs to be changed.

The Best Virtual Games For The Whole Family

Best movies of all time