Triangle Strategy is an intricate, if slow-burn tale of war and political intrigue 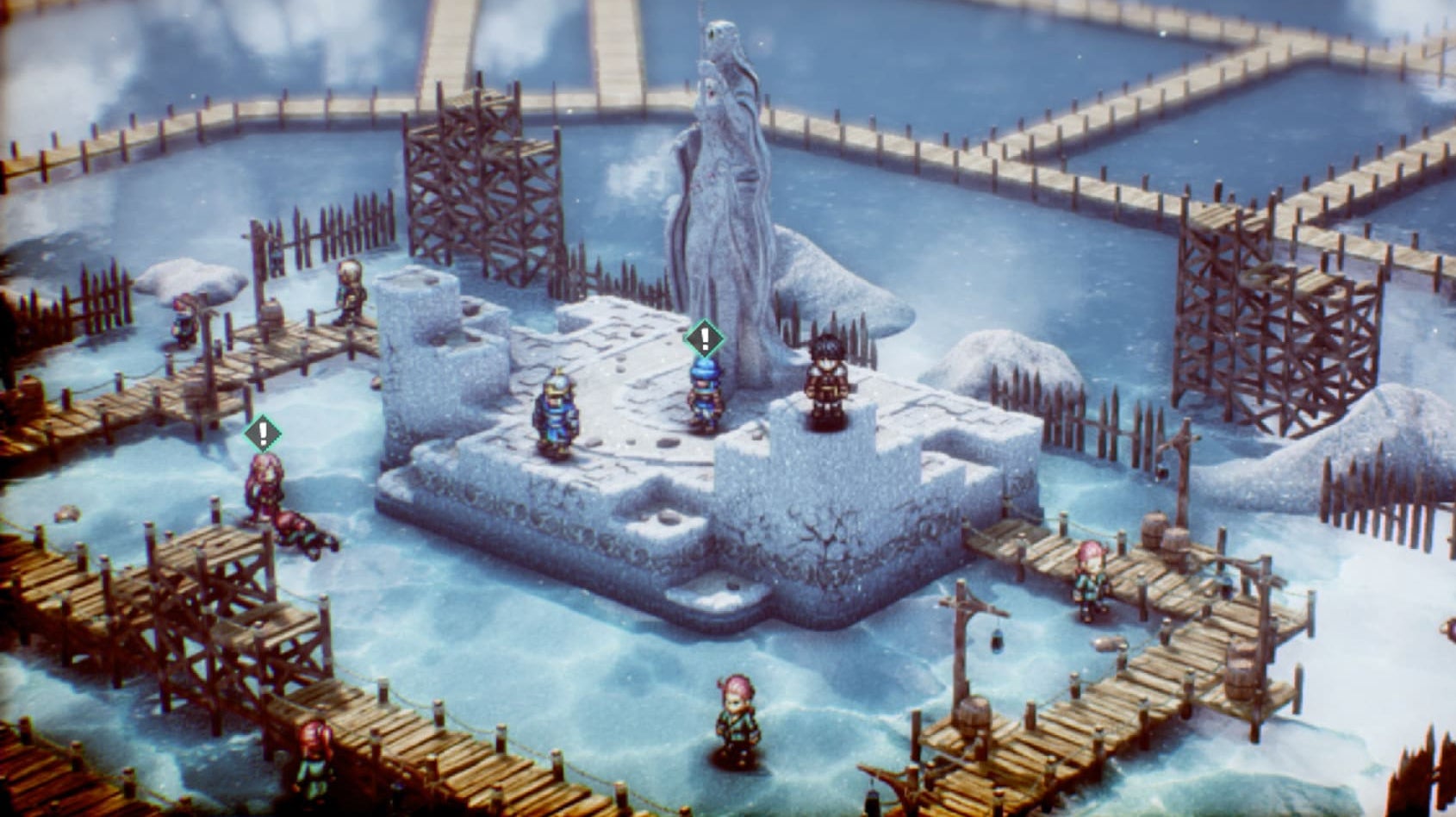 Norzelia is a land divided. To the West, the Duchy of Aesfrost holds the essential supply of iron, to the East, Hyzante keeps a tight grip on salt supplies. Between them sits Glenbrook, a neutral domain, dependent on both of its neighbours in equal measure. Triangle Strategy begins after what’s known as the Saltiron War – the fighting is over, but the newly-won peace is still frail.

You take the role of Serenoa Wolffort, who as a representative of Glenbrook is trying to learn more about the complex politics at play to determine the best course of action in order to ensure lasting peace.

While the resource conflict in Triangle Strategy is a fairly simple one, the game presents itself as a political tightrope act. The first three chapters available for preview are very light on actual battles, but full of introductions, both to people and the political climate, and discussions on how best to deal with Hyzante and Aesfrost so there won’t be another war – I don’t like to say it, but I think we know how that will end. Triangle Strategy immediately confronts you with a Game of Thrones-level cast size, which is a bit daunting but also nice, because I hope all of them will have their role to play and maybe reveal interesting things about themselves along the way, as the previously released character trailers already suggest.

The main story is split into different sections: cutscenes, exploration and battles. Between each you are put back on the world map, where you can find side quests – in the beginning there isn’t a lot to do aside from the main quest, but I expect multiple side quests and maybe battles on different fronts to be found there later in the game. During exploration, Serenoa can walk around his current location, chat with the people there and maybe find an item or two. Certain conversations require you to make a choice that will strengthen Serenoa’s convictions in one way or another. You have no way of knowing how convictions are measured, or how they influence the larger story, which is very exciting to me. However, at certain points Serenoa and his friends will make a group decision – depending on his convictions and your skills at negotiation, the story will diverge at such turning points.


Triangle Strategy’s turn-based battle system is reminiscent of games such as Fire Emblem, The Banner Saga and Final Fantasy Tactics. If you’ve played the demo and found it difficult, you will be happy to know the full game comes with difficulty options, but each skirmish is still rather long. Positioning is of particular importance in order to avoid area of effect spells for example, but also in order to flank your enemy and do more damage. I really like the maps, full of walls and varying levels of elevation that you can make use of, but early on in the game the number of skills your characters can use, even though there are plenty of different classes, still feels a bit limited.

I was honestly surprised at the amount of exposition and the related political scheming that I’ve encountered so far in Triangle Strategy. Things start off very slow, even when compared to similar games such as Fire Emblem: Three Houses. If the number of battles doesn’t pick up, I fear some players may get bored of it before they can get to the meat of things – but then you can judge the game for yourself. A new demo, called Prologue Demo, is available now for you to give it a go and get a better idea of Triangle Strategy ahead of its release on March 4.