Tom Hanks Apparently Is A French Fry Thief, But That Hasn’t Stopped Tim Allen From Meeting Up With Him Over The Years 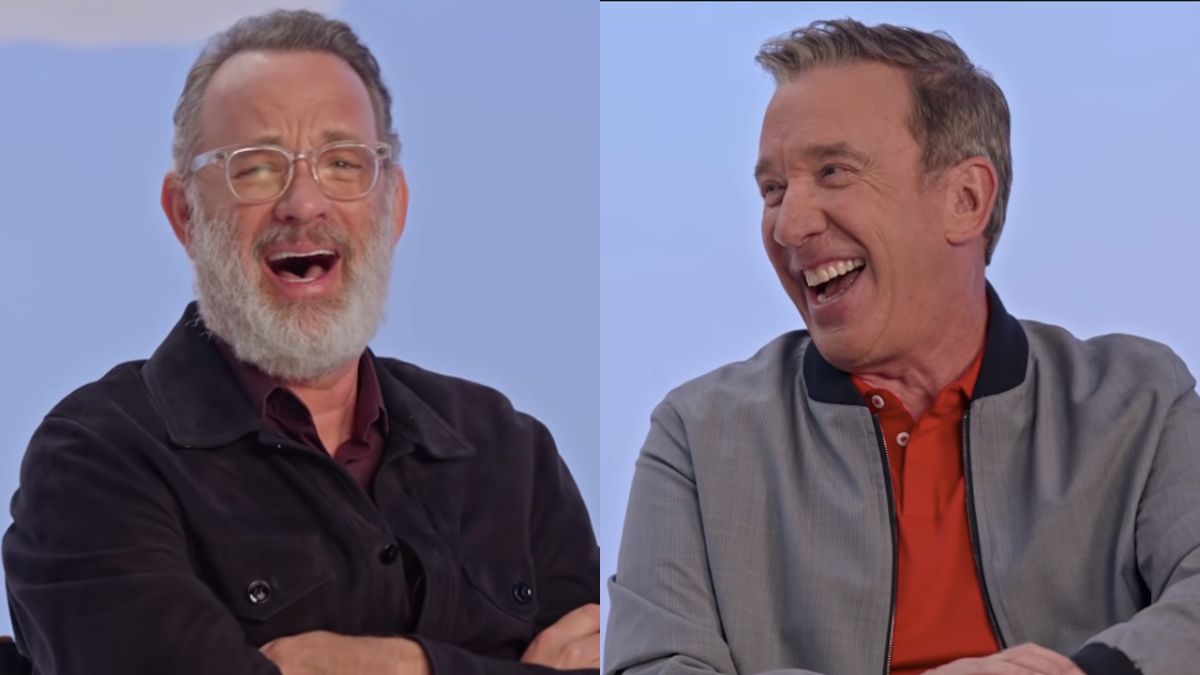 Toy Story’s original voice actors Tom Hanks and Tim Allen have a friendship as strong as their characters Woody and Buzz. After playing the voices of these live toys and promoting these Pixar movies for over 25 years, we’d like to think that was the case! But apparently Hanks is quite the French fry stealer when they grab a bite to eat together.

Tom Hanks and Tim Allen work on a professional level sharing recording space to provide the voices of Woody and Buzz, as well as promoting the Toy Story movies, but the two are thick as thieves in real life. Speaking of thieves, the Home Improvement actor spoke on The Kelly Clarkson Show about how his budding co-star is a real French fry thief when they meet for a bite, saying:

Well, now we all know: don’t mess with Tim Allen and his fries. But there are no worries because he and Tom Hanks are still the best of friends. We can thank Woody and Buzz for their real-life friendship. The Castaway star said after the second Toy Story movie, he and The Santa Clause actor would get together for lunch on a regular basis every three months just chatting away about life for hours. Now when I think of these two eating lunch together, I can hear the Pixar movie’s signature song “You’ve Got a Friend in Me.”

Woody and Buzz had an unlikely friendship in the Toy Story movies, in that Woody was considered an old-fashioned Western toy while Buzz was an updated toy representing the future. Tim Allen and Tom Hanks aren’t too far off in the unlikely friendship trope either, as Allen told Kelly Clarkson that he and Hanks still make their friendship work despite what makes them different from each other. In his words:

That’s a real bromance right there. So since we all know that Tom Hanks and Tim Allen still meet up with each other, will we be getting Toy Story 5? Clarkson couldn’t help but ask Allen that question. Unfortunately, it came with no direct answer; just that these two were eating lunch together for the sake of enjoying each other’s company. It was initially thought that the franchise would end with Toy Story 3, but we got a fourth movie that critics and audiences loved. It’s clearly hard for Pixar to say goodbye to these lovable toy characters. As audiences continue to love every film of the Toy Story franchise, maybe a fifth movie wouldn’t be the worst idea.

Tim Allen’s certainly got a friend in Tom Hanks. We could continue to see that friendship grow if Toy Story 5 movie is in the works. The Jungle 2 Jungle actor said he would be all for a fifth Toy Story movie, so let’s cross our fingers it will eventually come. You can watch the splendid voice-over talents of Allen and Hanks in the Toy Story movies with your Disney+ subscription.