Tips and Tricks to Ace League of Legends Wild Rift 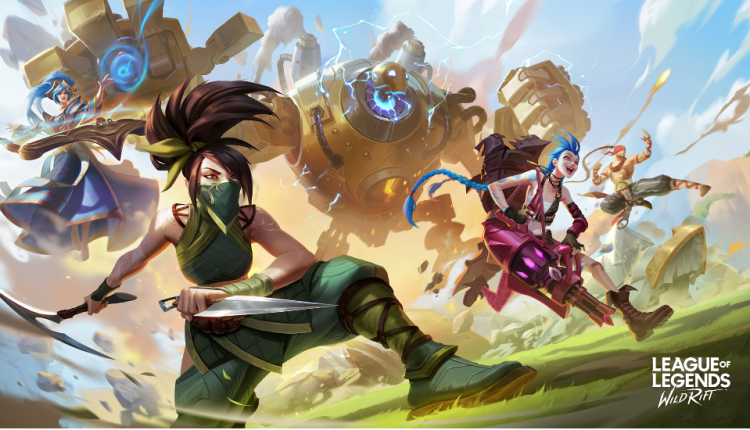 League of Legends has finally made its way onto mobiles through its release of Wild Rift! It is a MOBA that requires a lot of strategies and understanding, especially for those unfamiliar with these sorts of games. To do well in MOBAs, you will need to understand the characters, the maps, and gameplay mechanics which we are here to help you with.

Before that, make sure to buy iTunes Gift Card and treat yourself to some skins and in-game items that could help you be the best champion Wild Rift has ever seen.

Hopefully, after you’re done with this article, you would have a better grip on the game and could finally lead your team into victory!

What is Wild Rift?

Before we get into the nitty-gritty of things, you might want to understand what the game is first. Wild Rift is a MOBA (multiplayer online battle arena) that consists of five vs five matches. Each team begins at their own base on opposite sides with a goal to destroy the enemy’s Nexus, protected by turrets.

Each player moves towards the goal by gaining experience to level up and earn gold. Both could be gained by killing enemies, lane minions, jungle creeps, enemy turrets as well as completing objectives like Baron, Dragon, and Rift Herald.

The first step to any game is to get to know your characters, and in this case, champions. Wild Rift has a total of 40 champions for players to choose from, each with their unique abilities and suitable roles.

The game is separated into three different lanes: Baron Lane, Mid Lane, and Dragon Lane. There are five different roles for champions to be placed in; Top, Bottom, Mid, Support, and Jungler. These roles will determine which lane they will fall into.

Champions in the Baron Lane (Top) are usually tanks with high health and a balanced mix of defense, health, and damage stats. These champions are usually the lone wolves that keep to their lane and could help secure topside objectives such as Baron and Rift Herald.

Those in the Mid Lane (Mid) will want to maximize their AD/AP and run around in other lanes to maximize their skills. They can help by pushing on turrets and securing objectives for Baron and Dragon. There’s a wide range of champions to choose from for Mid Laners from assassins, fighters, and burst control mages.

Dragon Lane (Bottom and Support) features two champions: an ADC (Attack/Damage/Carry) and a Support. As their name suggests, ADC champions will need to work on maximizing their damage to carry the game. The support champion will assist the ADC by healing, shielding, absorbing damage, and providing vision.

Lastly, Junglers. Players need to note that Junglers play two important roles: dominate their lanes and secure objectives. Junglers get experience from killing Jungle monsters and are best equipped with the Smite spell which helps clear the jungle faster. Junglers also have the ability to jump lanes to help other champions to clear it off faster.

The map is (unsurprisingly) titled Wild Rift with both its top and bottom mirrored, except for the Dragon and Baron lane. In between your base and the enemy’s base, there are three lanes and a jungle. The Mid Lane, as its name suggests, runs through the middle of the map whereas the Baron Lane and Dragon Lane curves around the edges of the map.

Another thing to note is the Fog of War, which ensures players don’t have a clear view of the entire map; so you’ll never know where everyone’s exact location is. The only perfect view you have is of your base and teammates. There are workarounds to it, wards can be placed to give you a limited vision within a small area, but they can also be removed by the enemy.

Veterans of MOBA and MMO games would know what it’s like to farm tirelessly to get to the end goal. By farming, we mean doing something repeatedly to get a certain amount of gold and experience to level up. In Wild Rift, that’s what you should focus on doing and it can be done by killing off the various minions that are in your lane, aside from enemy champions and turrets of course.

There are four types of minions: melee, caster, cannon (siege), and super minions. Melee minions are short-ranged, caster minions are long-ranged whereas cannon minions sit in fortified tanks. An important thing to note is that cannon minions can only spawn once every three waves and deal extra damage which grants more gold when killed. For super minions, they are more empowered and the biggest of all the minions. They only come out when the base of a turret is destroyed.

Some good build recommendations were posted by Riot Games themselves on their website so you could just follow that. But if you’re already familiar with your champion and want to give it a little more spice that would better suit your gameplay, then make your own build!

There’s a practice mode for you to try out your build before you jump into a real game, so make sure to do that first and experiment all you can. There are six general classes in the game: Fighters, Mages, Tanks, Assassins, Supports, and Marksmen. You need to know which class you fall into and what role you want to take up in the game to create a suitable build.

There are a set of items, runes, and spells you need to take note of when creating your build, so keep in mind what you want to empower in your champion and choose wisely.

A lot goes into being the best in a game, but the main thing is practice. As you play the game over and over, you’ll find yourself getting better and better. That’s the best and most solid advice we could offer you along with this simple guide. If there’s anything you think we missed, do let us know in the comments below!

Things to do before using Public Wi-Fi Networks