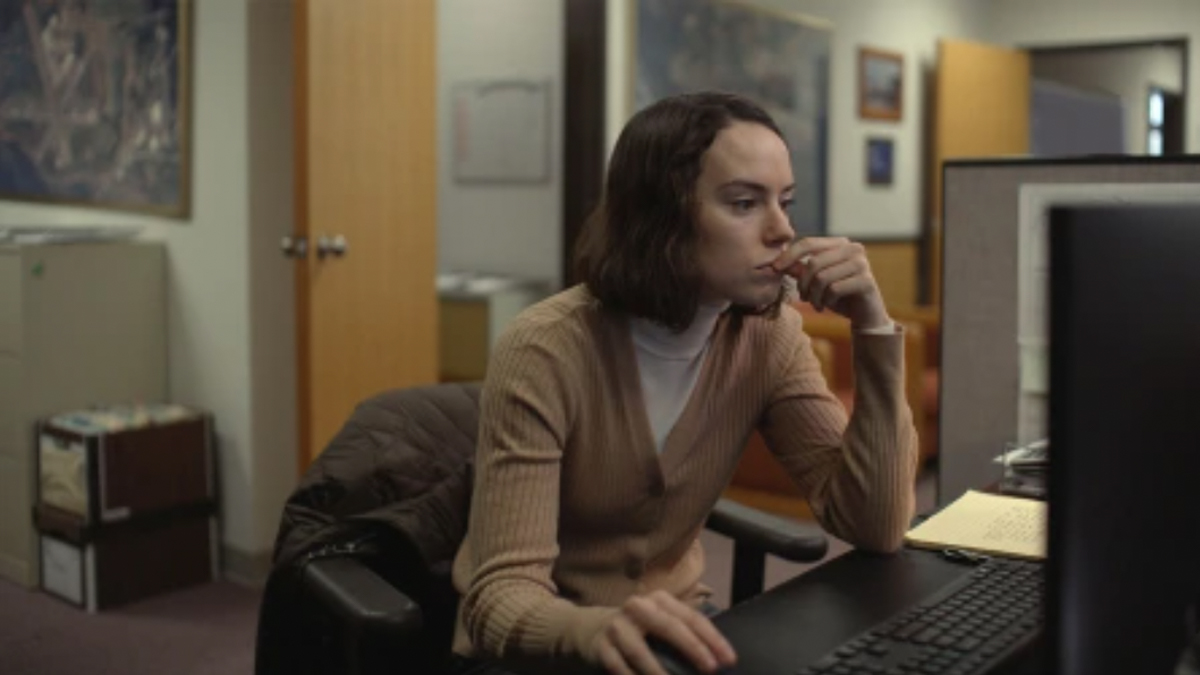 The force is strong with this performance.

Have you been wondering what’s Star Wars alum Daisy Ridley has been up to since she ended her fighting in a galaxy far, far away? The actress has been doing both indie projects like the podcast series Zoetrope and taking big swings like Chaos Walking.

Her last film, Sometimes I Think About Dying, was just shown at the Sundance Film Festival with great reviews. Ridley plays “Fran, who likes to think about dying, makes the new guy at work laugh, which leads to dating and more, now the only thing standing in their way is Fran herself.”

As the synopsis insinuates, this is a story about life, the mundane, and the ups and downs of everyone’s existence. Fran is a lonely person who likes being that way and lives in her bubble, seeing the world in black and white, and when she starts to make connections, things change for the better.

After the reviews the film is getting at Sundance, it will probably be bought by some studio, so audiences can see Ridley’s work in this understated, little gem of a movie.

Sometimes I Think About Dying is directed by Rachel Lambert (In the Radiant City) and is a partial adaptation of Kevin Armento’s 2013 play Killers, written by Armento, Stefanie Abel Horowitz, who directed a 2019 short of the same name, and Katy Wright-Mead. The film stars Daisy Ridley, Dave Merheje (Ramy), Brittany O’Grady (The White Lotus), Parvesh Cheena (Mythic Quest: Raven’s Banquet), and Marcela DeBonis (13 Going on 30).

Play as a frog knight surviving on dice rolls in this smart, compact roguelike