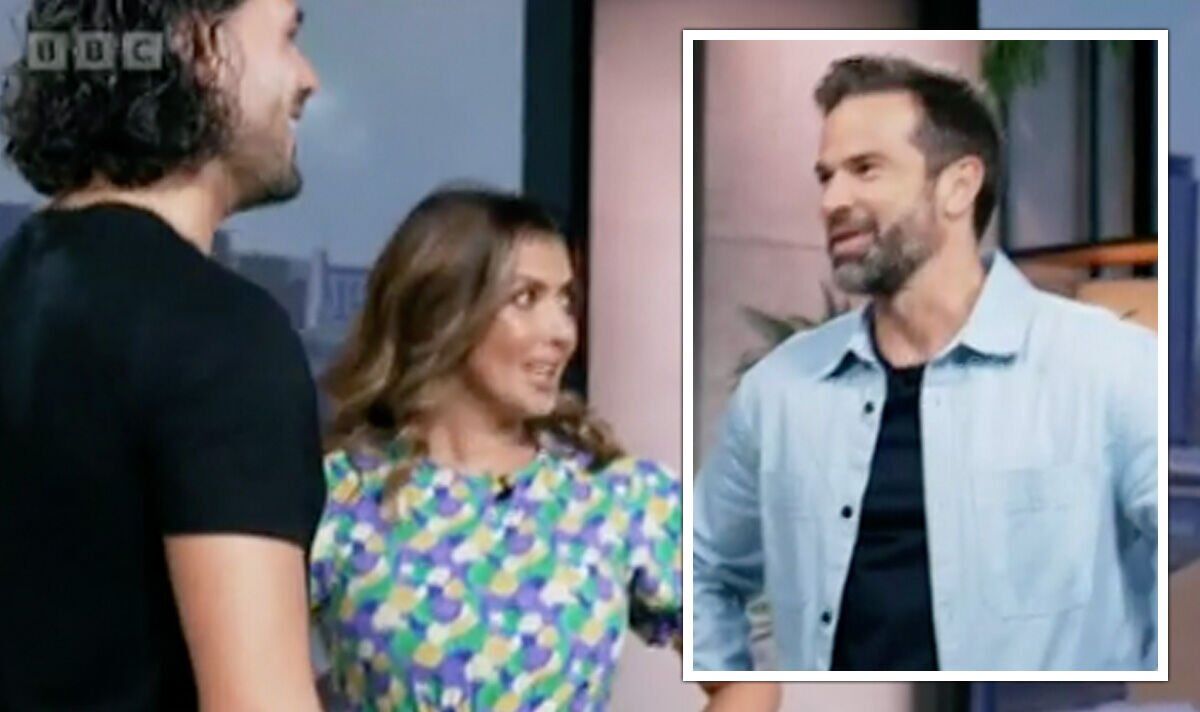 During the Strictly Come Dancing 2022 launch show on Friday evening, BBC viewers finally got to discover which professional dancers the 15 celebrity contestants have been paired up with. Morning Live’s Kym Marsh, who is part of the star-studded line-up, got to reveal she has been partnered up with Graziano Di Prima. However, her BBC co-host Gethin Jones warned Graziano “she’s a nightmare to work with”.

In a video clip used during the launch show on BBC One, Kym was seen talking to Gethin about her Strictly partner.

She had no idea who she was going to be dancing with for the series and admitted to her co-star she felt “nervous” to find out.

The former Coronation Street star said: “Once I know who my partner is, I will be able to relax a bit.”

As they walked into the Morning Live studio, Kym grimaced and told Gethin she didn’t know if she was ready to find out who she would be learning to dance with.

Gethin covered her eyes as Kym was “shaking” and telling him she was scared to find out who was in front of her.

To her relief, the professional dancer in front of her was 28-year-old Graziano and Kym gave him a huge hug telling him she was “so happy”.

However, Gethin chimed in: “She’s a nightmare to work with, mate.”

“Oh, you behave yourself,” Kym replied before they hugged and made up.

Alex Apati of Ladbrokes said Fleur East and Helen Skelton could be the “false favourites” this year.

He explained it has been more than six years since a pre-series frontrunner has won the prestigious Glitterball Trophy.

One of the biggest “clangers” for bookmakers came in 2020 when comedian Bill Bailey, who was priced at 16/1, won the entire competition.

Alex added: “Last year, Rose Ayling-Ellis entered our books at a whopping 10/1 to go all the way and win the Glitterball Trophy, while it was Tom Fletcher, who bowed out at the halfway stage, who headed the betting before taking to the dancefloor.”

According to Ladbrokes, contestants are most likely to be scored a 10 from Motsi Mabuse.

Meanwhile, Anton Du Beke, who made his judging debut last year, had an average score of exactly eight.

Just 5.7 percent of veteran judge Craig Revel-Horwood’s scores have been 10s in the past three years.

Strictly Come Dancing’s live shows start on Saturday at 7pm on BBC One.

Hellblade II Devs Are Using AI Voices, But They Won’t be in the Final Game