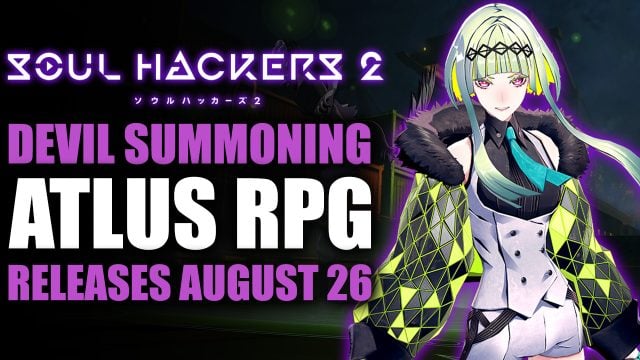 Soul Hackers 2 is an upcoming RPG and direct sequel to Devil Summoner: Soul Hackers which was released in 1997. It will release worldwide on August 26, 2022

Atlus has been steadily teasing Shin Megami Tensei fans with footage for another of their upcoming games, Soul Hackers 2. This upcoming title is a direct sequel to the Devil Summoner game, released 25 years ago. Atlus also decided to drop the “Devil Summoner” header to streamline the title a bit. 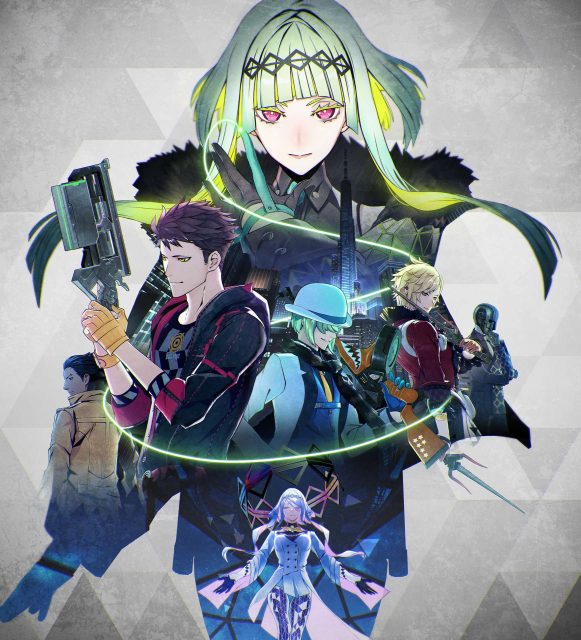 Players will take up arms as a group of Devil Summoners. These powerful mortals make contracts with demons and then use the devils’ powers. Devils in this game aren’t the traditional evil beings with pointy ears, fire, and pitchforks. Instead, they are creatures that have peacefully coexisted with humanity all these years. They can include anything from harmless sprites and spirits to even powerful demigods.

Devil Summoners make use of an item called the COMP, which can then be used to summon the devils. COMPs can take up any shape or form, depending on the user’s preference. It is most commonly reshaped into weaponry.

The Story and Setting of Soul Hackers 2

The organization known as Aion predicted that humanity is on the brink of extinction. Five sources of spiritual energies known as Covenants are at the root of this. It is rumored that the Covenants are actually what created a contract between humans and God. When all five of these contracts are joined together, it is said that “The Great One” will arrive in the world. It is also said that his coming will bring upon the end times. 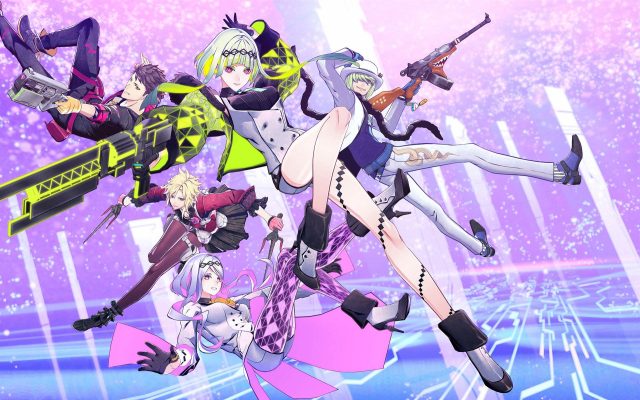 The Cast of Soul Hackers 2

The invisible Phantom Society secretly wishes to bring The Great One into our world. Led by the Iron Mask, this organization operates in the shadows, silently influencing the world around them.

The Cast so Far

Ringo and Fig are both android agents of Aion. Players will primarily take control of Ringo in Soul Hackers 2. One of Ringo’s more amazing powers is the ability to make use of Soul Hack. This skill lets her interfere with the human body, mind, and soul and can even raise people from the dead. 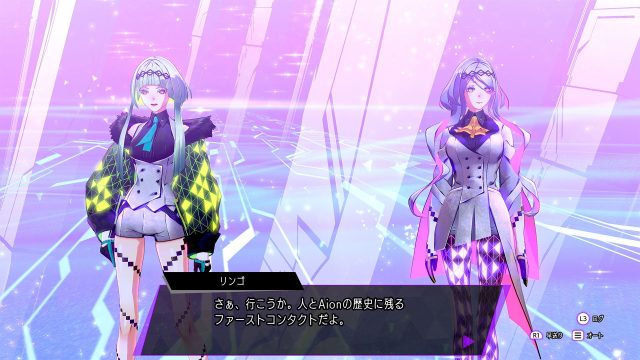 Arrow was the first person that Ringo brought back to life and recruited with Soul Hack. He is great at fighting but tends to freeze up at times due to his confidence. The man constantly butts heads with Milady, who has a completely different personality to him.

In combat, Arrow makes use of firearm-type COMPS and ice-based magic. Arrow is also quite adept at supporting and buffing allies or protecting them entirely.

Milady on the other hand is an ex-Phantom Society operative. Her execution was ordered by none other than Iron Mask and carried out by an operative by the name of R.S. She has since then been brought back to life and has sided with Aion. Why her death was ordered in the first place is still unknown at this time. 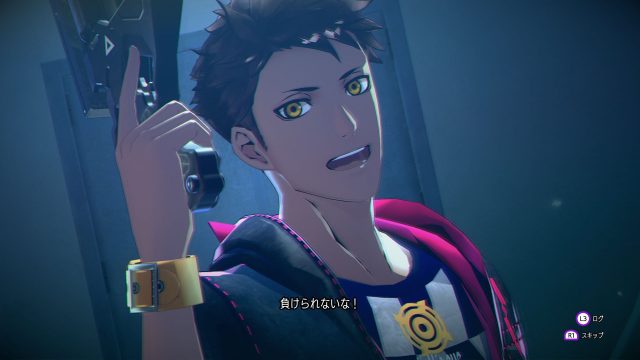 She makes deadly use of her Sai weapons when fighting enemies. In addition, she can also make use of fire skills to burn enemies to a crisp. Eventually, she can also regain MP as she defeats foes. 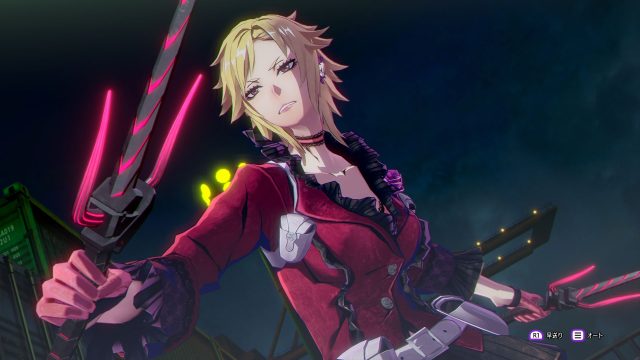 We also have the tease of another unknown companion. This is a short-haired man who uses a Tommy Gun as his COMP of choice.

Weapons in Soul Hackers 2 are called the COMP and can be imbued with Demons. Doing so grants the wielder the use of the abilities of said demon. The Devil Summoner also gains some attributes depending on the type of demon placed into his COMP. 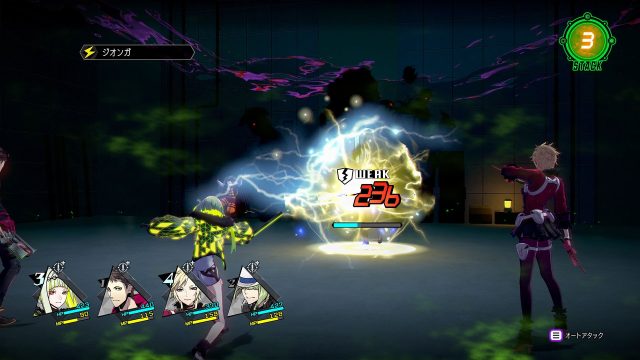 Hit Them Where It Hurts

Soul Hackers 2 is your traditional menu turn-based combat RPG. You select attacks, items, and other abilities from a menu, and hit your target. What this game does differently is that Soul Hackers 2 makes heavy use of demons. 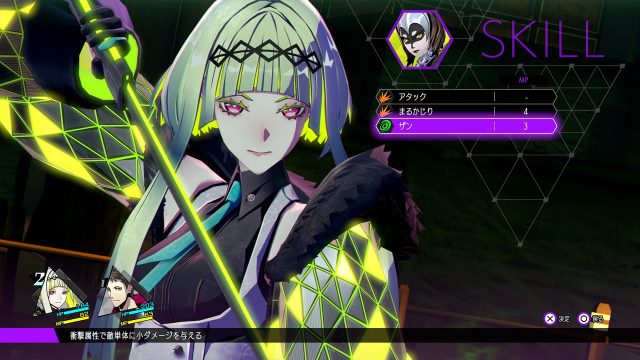 Whenever you attack a foe with an element or ability they’re weak against, the Demon that granted that ability will “stick around” the battlefield. Having demons lingering in the area is what is called a “Stack”. Once your turn is over, Ringo will start a ritual called the Sabbath and order all of the remaining demons to attack your foes. The more demons added to the stack, the deadlier the resulting attack. Up to 16 demons can be added to one stack.

Another unique thing about the game is the usage of what is called a Tandem Skill. Certain Demons will have Tandem Skills assigned to them. Whenever devils with this type of skill are used on a Sabbath, they will trigger additional effects. This can include status ailments, deal even more damage, heal the party, or even buff allies.

Down the Dungeon We Go

Dungeons in Soul Hackers 2 will be a bit more linear than what Shin Megami Tensei players might be used to. This will lead to a more focused experience, though it will also have more open areas. 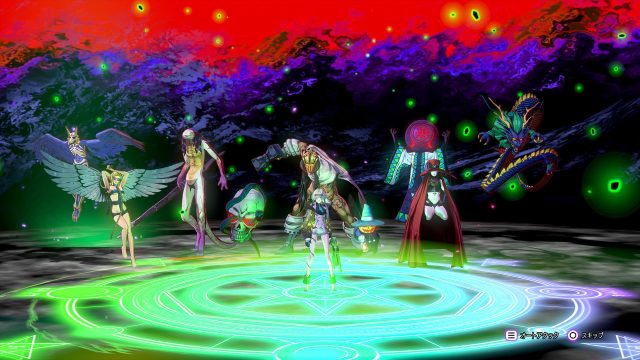 Players will spend a lot of time in dungeons, as with most RPGs. The roaming will be split into the exploration and battle modes. You will be able to see enemies in the overworld, and if you get into contact with them the game will cut out to a battle scene, just like in older games.

However, you can also strike enemies before you connect with them, knocking them down. You can then initiate a battle with an advantage and go first or get bonus attacks. Another option is to avoid the fight entirely by skipping past a monster if you knock them on their butts. On the other hand, if an enemy gets the jump on you, players will instead start at a disadvantage and the monsters will attack first.

Before setting out to explore a dungeon, Ringo can send out the demons under her command for a bit of reconnaissance. As you go through the various halls and tunnels, you may encounter some of the demons you’ve let loose. These demons can be helpful in many ways, as they can give you important info, items, healing, or can introduce you to other recruitable demons. 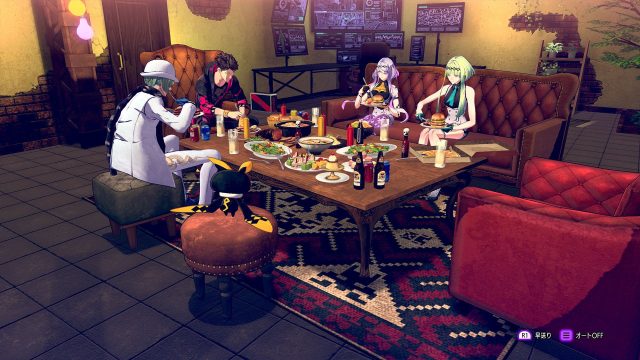 …or Chill With Them

Making use of all the tools in your arsenal will ensure your success as a Devil Summoner. Soul Hackers 2 releases in Japan on August 25, 2022, and worldwide a day after on August 26. It will be available on all major consoles and PC. This is quite refreshing to hear that Atlus has decided to include PC gamers as part of the initial release.

For more news check out A Plague Tale: Requiem Demo Releases June and Floppy Knights is an Indie Turn-Based Tactical Card Game, Releases on May 24, 2022.