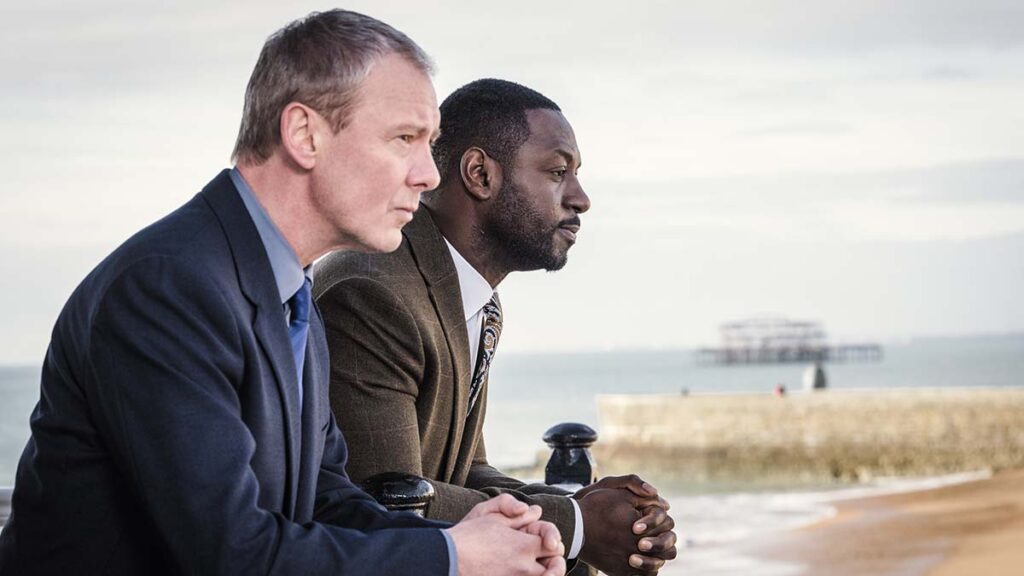 ‘Grace’ is back on ITV this Sunday for a new series with John Simm and Richie Campbell returning.

The crime drama is from ‘Endeavour’ creator Russell Lewis and is an adaptation of Peter James’ award-winning novels. The series co-stars Rakie Ayola as ACC Vosper.

The new series features four 120 minute films and it is produced by Second Act Productions, Tall Story Pictures, both part of ITV Studios, and Vaudeville Productions.

The first episode of the new series is ‘Looking Good Dead’. The synopsis for the episode is:

Detective Superintendent Roy Grace suspects the sudden death of a former schoolteacher found in suspicious circumstances in a respectable Brighton backwater may not be the drugs overdose it first appears and when human remains are discovered in a Sussex field, Grace and Branson are drawn into an investigation that will test their abilities and their friendship to breaking point.