Santa Puts a Naughty Robber in His Place 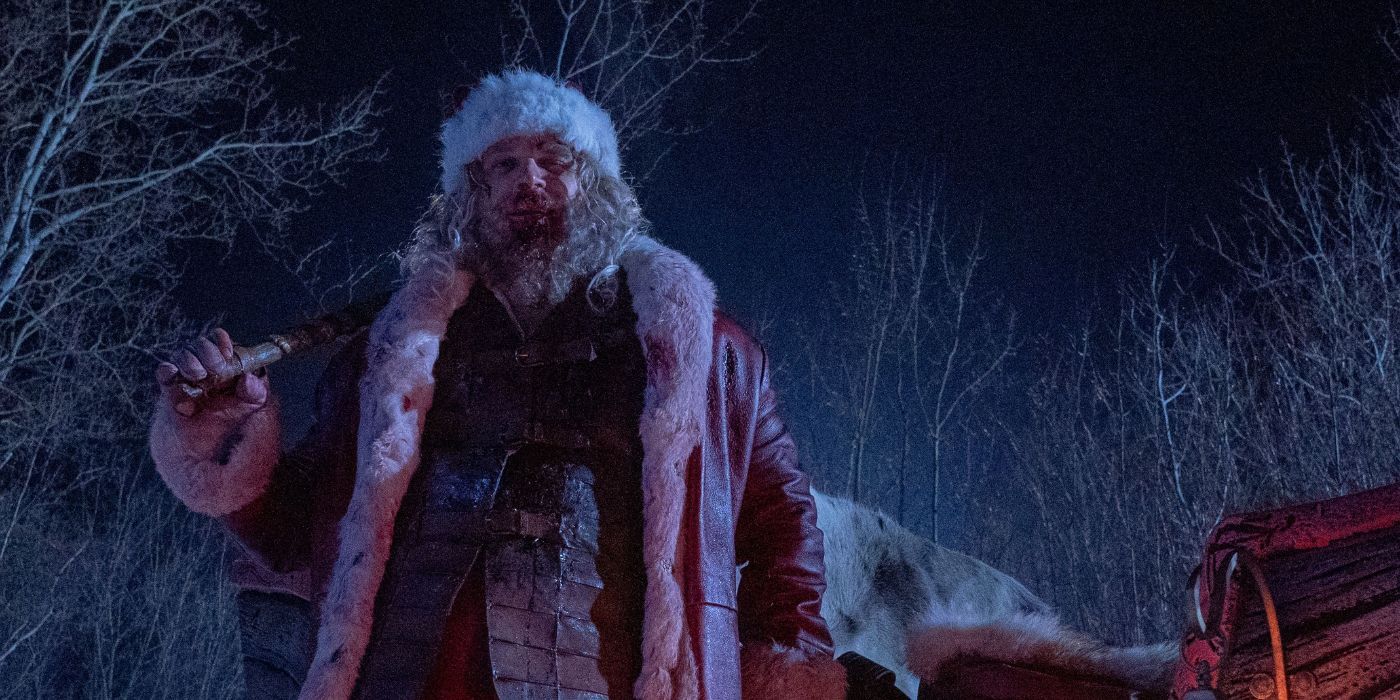 It’s time for some “season’s beatings!” David Harbour as Santa Claus is taking care of a naughty robber in a new clip from Violent Night, shared by Comic Book. As the robber confronts Santa, all he wants to do is leave the gifts and scoot out of the chimney onto the terrace in peace. But once the robber provokes him, he swiftly kicks his butt and instantly regrets it, as Santa realizes his reindeer along with the sleigh have flown away, hearing the gunfire from the robbe, which effectively leaves Santa in a home that is being invaded. The upcoming action comedy looks like a refreshing take on classic holiday movies. It has just the right amount of fun and action, and shows why this Nick is no saint!

Universal’s Violent Night tells the tale of a Christmas night when a wealthy family is being raided by a team of mercenaries for their money. However, they end up against a surprise combatant: Santa Claus, who has all the deadly tricks up his sleeves. The previously revealed trailer gives us a unique look at the action-comedy flick that neatly fits into the Christmas genre, with Santa deciding who is on the naughty list, on the go. The feature is directed by Norwegian director Tommy Wirkola, who previously helmed features like Hansel & Gretel: Witch Hunters, and the Dead Snow franchise. The feature is written by Pat Casey and Josh Miller, the brilliant writers behind SEGA’s Sonic the Hedgehog.

Along with Harbour as Santa, the movie features John Leguizamo as Ben, the mercenaries’ leader, Alex Hassell as Skyler Lightstone, Alexis Louder as Margie Matthews, Edi Patterson as Alva, Ali Asghar Shah as young elf, Leah Brady as Trudy Lightstone, and Beverly D’Angelo as Gertrude Lightstone, along with Cam Gigandet, and André Eriksen. The movie is produced by Kelly McCormick, David Leitch, and Guy Danella, the team behind action thrillers like John Wick, Atomic Blonde, Deadpool 2, and Bullet Train. With a brilliant cast and crew behind the project, it’s certainly one feature to look out for!

RELATED: ‘Violent Night’: Trailer, Release Date, Cast, and Everything We Know So Far

Violent Night hits theaters on December 2. Yu can check out the new clip and synopsis below:

When a team of mercenaries breaks into a wealthy family compound on Christmas Eve, taking everyone inside hostage, the team isn’t prepared for a surprise combatant: Santa Claus (David Harbour, Black Widow, Stranger Things series) is on the grounds, and he’s about to show why this Nick is no saint.