Read An Exclusive Excerpt From A Handheld History, A Beautiful Coffee Table Book About Handheld Gaming 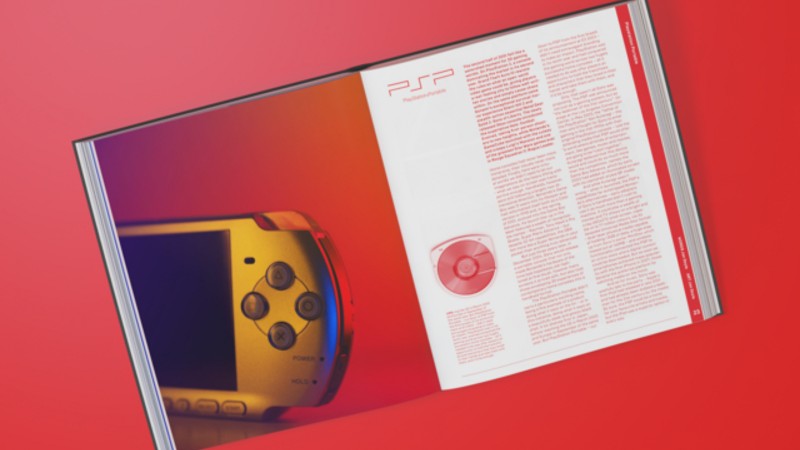 A Handheld History is an upcoming 252-page hardcover coffee table book coming from Lost In Cult and Retro Dodo. As the name implies, it’s a book all about the history of handhelds and handheld gaming.

It features words and handheld-centric essays from writers in and around the gaming industry like Jason Bradbury, Janet Garcia (Lost In Cult, Pen To Pixels), Jeff Grubb (VentureBeat), Mike Diver (GAMINGbible), and more. Plus, it contains tons of beautiful and original art throughout.

“Brought to you in partnership with Retro Dodo – the internet’s leading retro gaming site – A Handheld History is an explorative jaunt through systems and games that defined the legacy of portable systems,” the website for A Handheld History reads. “Less of a historical account and more of a poignant, introspective adventure across decades of gaming memories, this book will reconnect you to that long car trip full of Tetriminos, Mewtwos, and discarded AA batteries before speeding ahead to our contemporary days of OLED screens and blockbusters in your backpack.”

If you’re interested in learning more about A Handheld History, be sure to check out both Retro Dodo’s site and Lost In Cult’s site, which is where you can pre-order a Standard Edition or Deluxe Edition of A Handheld History. Pre-orders are expected to ship this August, and if you’re interested in more than just the book, there are other extra goodies too, like print sets, bookplates, and more.

If you’re interested, you can read a Game Informer exclusive excerpt from A Handheld History below:

The PlayStation Portable didn’t carry a particularly exciting name, being a fine example of a product doing what it says on the tin – or in this instance, doing what it says on a beautifully sleek and glossy black shell. It hit shelves first in Japan, before reaching the US in March 2005 and Europe in September of the same year. But PlayStation Portable – cut down to PSP from the first breath of its announcement at E3 2003 – didn’t need extravagant branding to make an impact. PlayStation was in its tenth year and had conquered the gaming world across two hugely successful home consoles – all it needed to do was offer players an opportunity to hold the franchises and characters that they loved in their hands and take them with them, and it’d be enough.

Only, that wasn’t all Sony was proposing. The PSP was announced not just as a gaming system, but as “the Walkman of the 21st century”. On stage at the Los Angeles Convention Center, in May 2003, the “father of the PlayStation” Ken Kutaragi – the man who’d fought for Sony to enter gaming in the mid-1990s with their original PlayStation console – told the attending media that PSP would offer “a world where all kinds of entertainment, like games, music and movies, are going to be fused together”. Kutaragi believed that this device would and could do so much more than the competition, namely the Game Boy Advance, which by early 2003 had added an illuminated screen with its clamshell-styled SP model.

And while Kutaragi wasn’t wrong – when it launched, the PSP’s capabilities far outstripped Nintendo’s alternatives – early adopters of Sony’s handheld didn’t rush to use it as much more than a gaming machine. It could play a wealth of movies and TV shows on a bright and crisp 480×272-pixel screen, capable of 16.77 million colours, via its bespoke Universal Media Disc format – dual-layer physical media capable of holding 1.8GB of data, a huge step up from Sony’s earlier MiniDisc which maxed out at 140MB – and wireless functionality connected the PSP to an online store where digital content could be downloaded. But as soon as smartphones achieved mass popularity with the first iPhone in 2007, those became the preferred platform for watching media on the move. 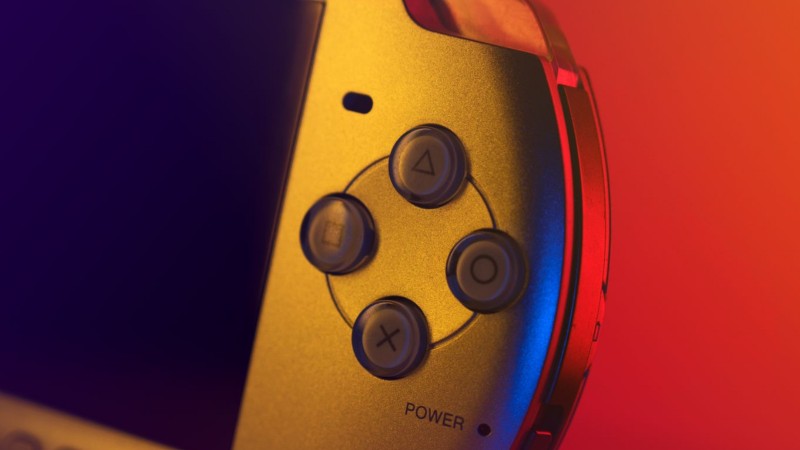 And as for music, Sony was woefully late to the party – Apple’s first iPod had released in late 2001 and had already been dubbed a Walkman for the 21st century by the media. So sure, the PSP could be a home for your favourite artists and tracks, but the iPod was a superior option in every way.

The PSP’s multimedia potential was never a major selling point to its most important audience, however. Those who already enjoyed PlayStation’s products raced to pick up the new handheld – at launch in Japan the PSP almost sold out, selling over 171,000 units day one and leading to shortages at major retailers, and in the US it sold over half a million units in its first two days. In the UK, the PSP became the country’s fastest-selling new console at launch, with 185,000 units sold in four days (in comparison, Nintendo’s DS console managed 87,000 week one, in March 2005). Estimated total sales of 82 million across its lifespan make the PSP the most successful non-Nintendo handheld console of all time, far ahead of its successor, the PlayStation Vita.

Editor’s Note: Retro Dodo says the image of the page and its layout are still in the design process, but the final layout will be very similar to this. The images featured in this story are from photographer b_b_retro on Instagram.