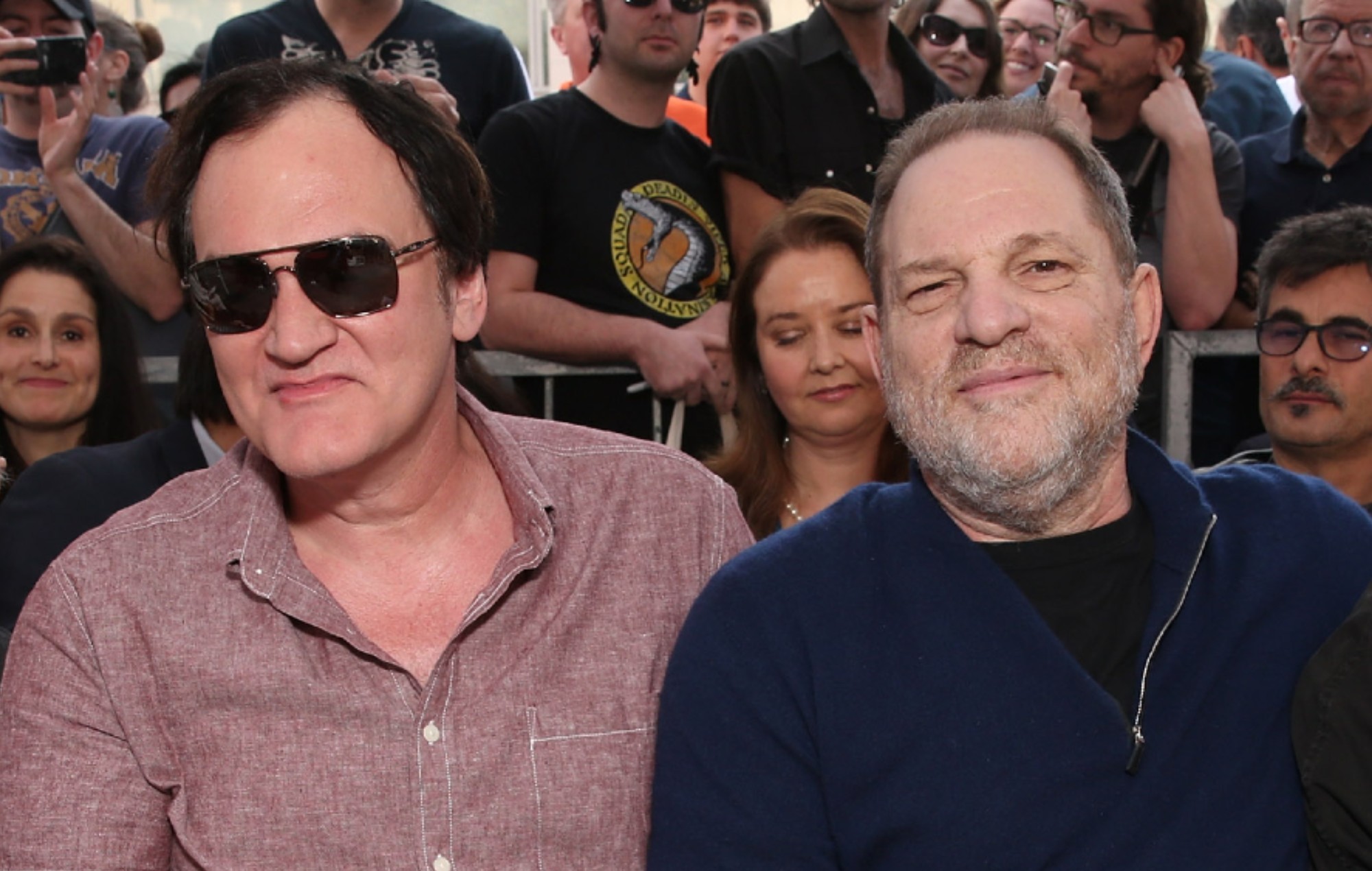 Quentin Tarantino has said he regrets not having a “man-to-man talk” with Harvey Weinstein about his “pathetic” behaviour.

Tarantino, who worked with the disgraced film producer across nine movies, severed ties with Weinstein in October 2017 following allegations of rape, sexual assault and harassment. At the time, Tarantino admitted he “knew enough to do more than I did” in regards to Weinstein’s behaviour, adding, “I wish I had taken responsibility for what I heard”.

The director has since spoke further about his relationship with Weinstein on CNN talk show Who’s Talking To Chris Wallace (via Variety), where he explained that while he knew about some of Weinstein’s behaviour, he didn’t know it extended to sexual assault.

“I’d never heard the stories that later came out at all,” Tarantino said. “I heard the same stories that everybody had heard. What I wish I had done was talk to Harvey about it and say, ‘Harvey, you can’t do this.’ Teo tell you the truth, I chalked it up to a Mad Men-era version of the boss chasing the secretary around the desk. I’m not saying that’s ok. That’s how I heard it… in that category. There was never any talk of rape or anything like that.

“The reason I didn’t [say something to Weinstein] was because that’s a real hard conversation to have. I felt it was pathetic. I felt what he was doing was pathetic and I didn’t want to deal with his pathetic-ness.”

He added: “I didn’t think it was, ‘Ok, you do this for me or you’re not going to get this movie.’ I never heard any actresses say anything like that. It was just, you know, ‘Don’t get in the back of a limo with him.’ It was easy to compartmentalize that to some degree. Anyway, I feel bad about… what I feel bad about is I feel bad that I did not have a man-to-man talk with him about it.”

Tarantino previously discussed his relationship with Weinstein on Joe Rogan’s podcast in July 2021, where he expressed a similar sentiment. “I wish I had sat [Harvey] down and gone, ‘Harvey, you can’t do this, you’re gonna fuck up everything.’ Maybe his brother Bob [did], but I don’t think anybody talked to him about it.

“And the thing about it is everybody who was in his orbit knew about it. Probably they didn’t know anything about rapes, but they had heard things.”

Weinstein is currently on trial in Los Angeles for 11 charges of sexual assault involving five women between 2004 and 2013. In March 2020, he was sentenced to 23 years in prison after being found guilty in New York of first-degree sexual assault and third-degree rape.

For help, advice or more information regarding sexual harassment, assault and rape in the UK, visit the Rape Crisis charity website. In the US, visit RAINN.