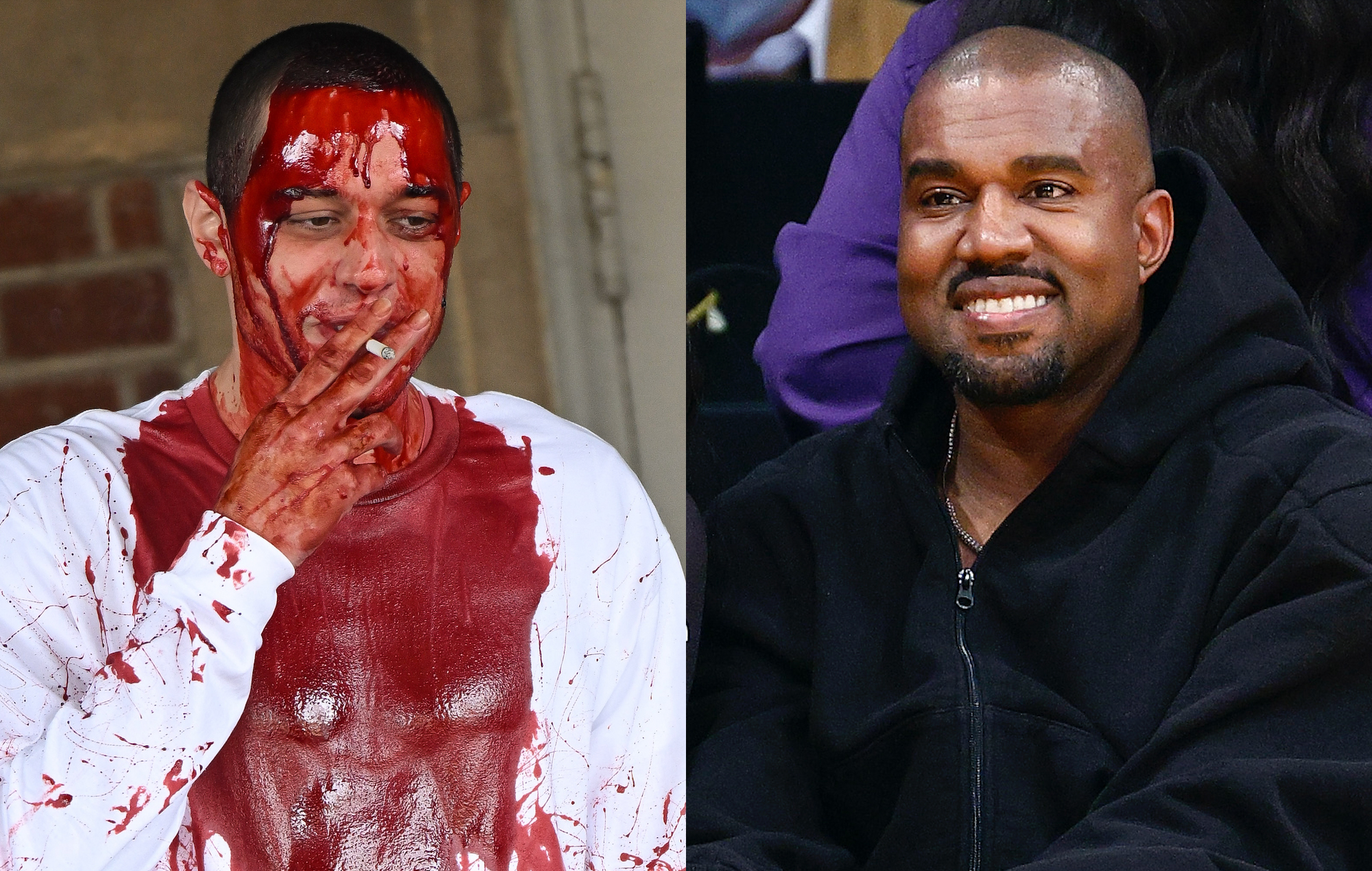 During his back-to-back sets on the first night of the inaugural Netflix Is A Joke festival – which runs until Sunday (May 8) – Saturday Night Live star Pete Davidson addressed his long-running feud with Kanye West.

Davidson appeared at the festival last Friday (April 29) to premiere his new show, Pete Davidson And Best Friends, which was filmed for release on Netflix later in the year. To a sold-out crowd at Los Angeles’ Fonda Theatre, he opened the set by nudging at the claims that West tried to spread rumours about Davidson – who is currently dating West’s ex-wife, Kim Kardashian – having AIDS.

“I had an AIDS scare this year,” he quipped (per Variety), telling his audience that he got himself tested for the condition since West is a “genius”. He assured fans that he does not, in fact, have AIDS – he just looks like he does. Davidson reportedly went on to talk about feeling stuck when it came to responding to West’s harassment, with none of the people in his inner circle able to give him advice for the situation.

Another joke in the set – for which Kardashian was in attendance – saw Davidson warn Jon Stewart about a violent curse he may be entangled in; the comedian recalled going to a basketball game with him and Chris Rock last December, teasing that “Chris got slapped [and] I got decapitated”. The line referenced West’s video for his recent collaboration with The Game, ‘Eazy’, in which the rapper kidnaps and kills a claymated version of Davidson.

A second video for ‘Eazy’, shared weeks after the first, also saw Davidson brutalised. In the clip, an animated version of the skinned money from the single’s cover art pins down a blurred-out avatar of Davidson, walloping him with a string of punches over West’s lyric: “God saved me from that crash / Just so I can beat Pete Davidson’s ass.”

Though he initially kept quiet on the matter, Davidson responded to West’s attacks a few days after the second ‘Eazy’ video laded, writing to the rapper in a text: “I’ve decided I’m not gonna let you treat us like this anymore and I’m done being quiet.”

When West responded and asked Davidson where he was, the comedian sent back a selfie and wrote that he was “in bed with your wife”. West then said he was “happy to see [Davidson] out of the hospital and rehab”, to which Davidson replied: “Same here. It’s wonders what those places do when you go get help. You should try it.”

At the end of Davidson’s sets at Netflix Is A Joke: The Festival, Machine Gun Kelly – a close friend, former housemate and longtime collaborator of the comedian – came onstage to perform a surprise three-song set. The pair duetted on the ‘Mainsteam Sellout’ cut ‘ay!’, while MGK (real name Colson Baker) performed ‘Candy’ and ‘make up sex’ by himself.

Take a look at Davidson introducing Baker’s mini-set below:

Later this month, Davidson will star in Baker’s directorial debut, Good Mourning, as an aggressive valet driver. The film will be out on May 20 – see the first trailer here. Later in the year – on August 5, to be exact – Davidson will star alongside Amandla Stenberg and Maria Bakalova in the comedy-horror film Bodies Bodies Bodies.

The MCU’s Phase 4 was a messy but necessary experiment

James McAvoy on Where His X-Men Franchise Went Wrong