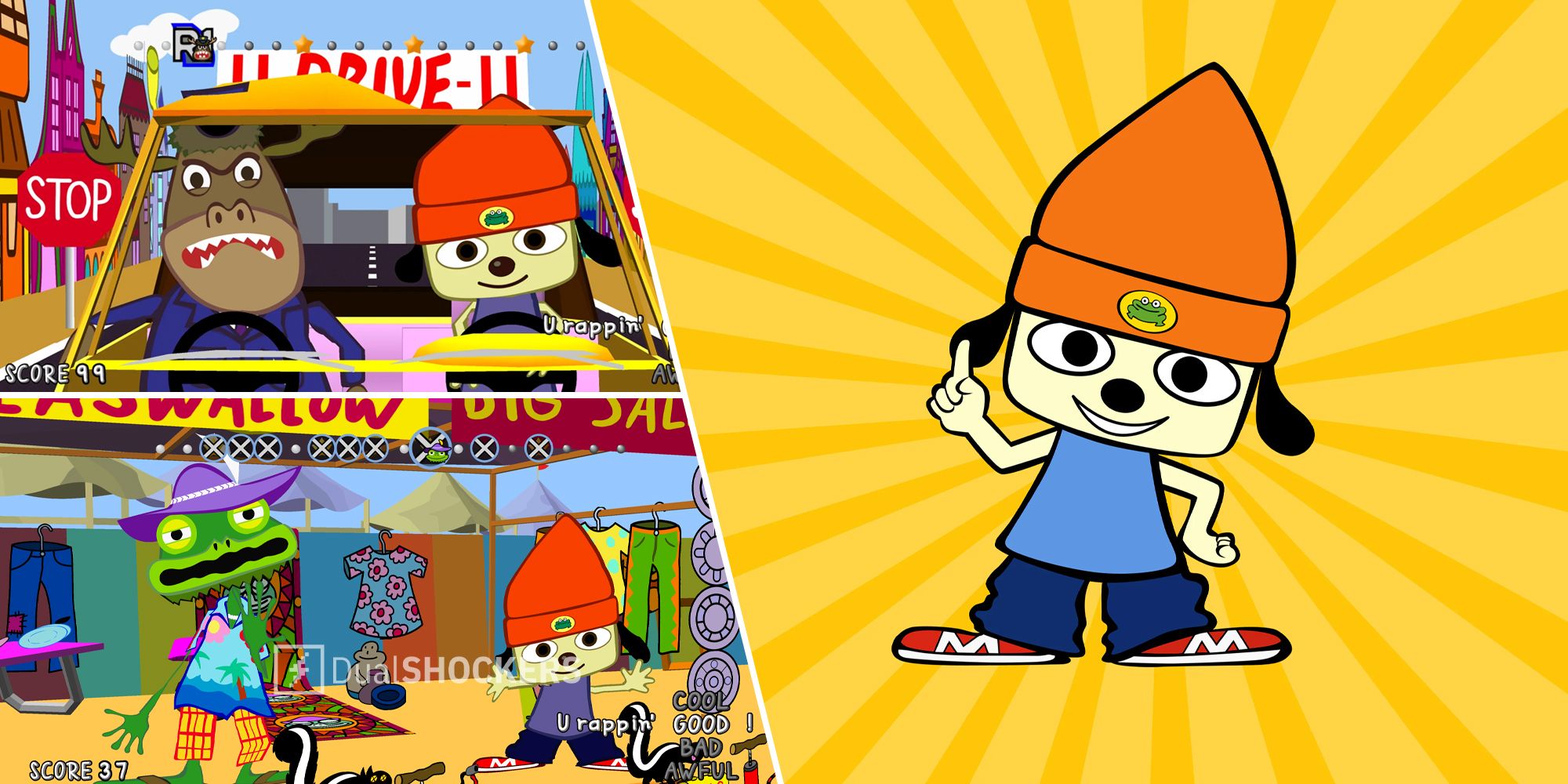 There’s no denying that the young pup himself PaRappa The Rapper is one of the best musicians ever to grace the gaming world. Even though PaRappa only had two game installments, he also has his own animated show, which involves him and his friends going on adventures and rapping everywhere they can.

RELATED: Parappa The Rapper Was the OG Rhythm Game

Many fans were upset to find that PaRappa’s musical successor Project Rap Rabbit was canceled during its production. While it’s a shame that we haven’t seen the third installment in the series, we still have the lyrical masterpieces that the young pup has left behind for us to enjoy.

Food Court has a retro 90s feel to it as it literally takes place inside a video game. The song itself resembles the Full Tank song from the first game as it involves every teacher in the game and mashes them all together. The beat itself reminds you of a game that you might play on the Gameboy Advance or the Sega Genesis.

While the beat is nice, the song feels empty at times and feels like more could be done to get your body moving. However, hearing all the teacher’s lyrics mash together shows how well they all flow with each other with the message that their teaching Parappa.

For being an introduction song to PaRappa the Rapper 2, Toasty Buns is a much better beginner song than the first game. While the lyrics for Parappa are still simple one and two-liners, Beard Burger Master does an amazing job spitting hot bars about making burgers.

You’ll never realize how entertaining it is to vibe out making burgers until now. The flow is upbeat and aligns itself perfectly with the lyrics. You can tell that a lot of love is going into every burger that is made at this establishment. This song is filled with tasty lyrical bars and good food.

Always Love! has Parappa once again going on stage with the one and only MC King Kong Mushi in the last level of PaRappa The Rapper 2. The song itself spreads a message about not giving up on yourself and doing your best at all times.

It ties itself into the game well since the whole game is about Parappa struggling trying to be more adult. Compared to the last level in the first game it feels lacking in the lyrics and the beat department as it doesn’t flow as well. Nonetheless, it still gets you hyped up as you feel the positive vibes in the song.

Romantic Love brings us back together with Parappa’s sensei Chop Chop Master Onion. Rather than teaching Parappa karate basics, this time around Master Onion is instructing the young pup on how to love. If you listen to the lyrics carefully he actually gives some pretty solid and decent advice that can help you out in the real world.

The beat itself is slow and rhythmic just like any love song and really sets the mood. Hearing this song more than once will get you addicted to the romantic beat and have you adding it to your playlist in no time.

Just like her sister Instructor Mooselini, Sista Moosesha is also teaching the young pup a lesson that he can use in his life. Instead of learning how to drive, Parappa this time around is enlisting in General Potter’s forces in order to train himself to become more of an adult and stronger.

The song itself will have you jamming to the music while looking at the visuals themselves. Not only that, but the lyrics and background make references to the first game and the animated show as well. When she says boom boom boom, you say bam bam bam! No pause in between! You know it’s time to jam!

Going to the flea market has never been as exciting and funky as Prince Fleaswallow’s Rap is a unique one as it has more of a reggae feel to it. The song itself doesn’t have much of a meaning to it compared to the other songs that are present in the game, or the entire series for that matter, but it’s still one that will have you bobbing you’re head like mad.

Everything from the instrumentals, lyrics, and beat just fit perfectly with each other. It’s kinda upsetting that we don’t see another reggae song make an appearance in the series, but at least can enjoy the one that we were given.

All Master’s Rap is one that is…creative to say the least. Every instructor from the first game comes together as they all wait in line to use the bathroom. Not only is the line long, everybody is about to burst as they can’t hold it in any longer, including Parappa.

The one thing that the song does well is that despite the style of everyone’s songs, it’s able to incorporate it into one big mashup making them rhythmically work together. If you haven’t heard their original songs before you wouldn’t be able to tell that they originally had their own styles and beats.

BIG is the third song in PaRappa the Rapper 2 and is hands down the best one in the entire game. The pacing of the song is executed perfectly as it changes whenever Parappa and Guru Ant change sizes throughout the song going from slow to fast. It’s a lyrical masterpiece as everything just fits with the song.

RELATED: PS4 Games That Were Cancelled In The Middle Of Production

Guru Ant is just so smooth with it and even when he starts to panic, he still manages to spit fire with every word that he says. All of this alone makes Guru Ant one of the best instructors that Parappa has ever met.

As basic as Instructor Mooselini’s Rap is, there’s no denying that it is extremely catchy from the beats to the lyrics. Just listening to the song two or three times will have you memorizing the lyrics and singing along whenever you hear the song playing. The funny thing is the lyrics are all about teaching Parappa how to drive so there really isn’t much going on with them.

That being said, when you activate Cool Mode during the song, you can really create some sick lyrical masterpieces along with the beat. Plus it’s funny seeing Mooselini getting sucked up into the air while screaming.

Parappa’s Live Rap With MC King Kong Mushi is the best song in the entire PaRappa The Rapper series. The song itself not only do we get to hear MC King Kong Mushi’s hot lyrical bars, but it also is the one song that allows Parappa to freestyle on his own without repeating anybody.

The song also has a message behind it as it teaches you about believing in yourself no matter the struggles that you may face in life. This song will literally have you up out of your seat dancing and vibing with it every second of the way.

Hoovering Up Gems in Vampire Survivors Is My New Happy Place