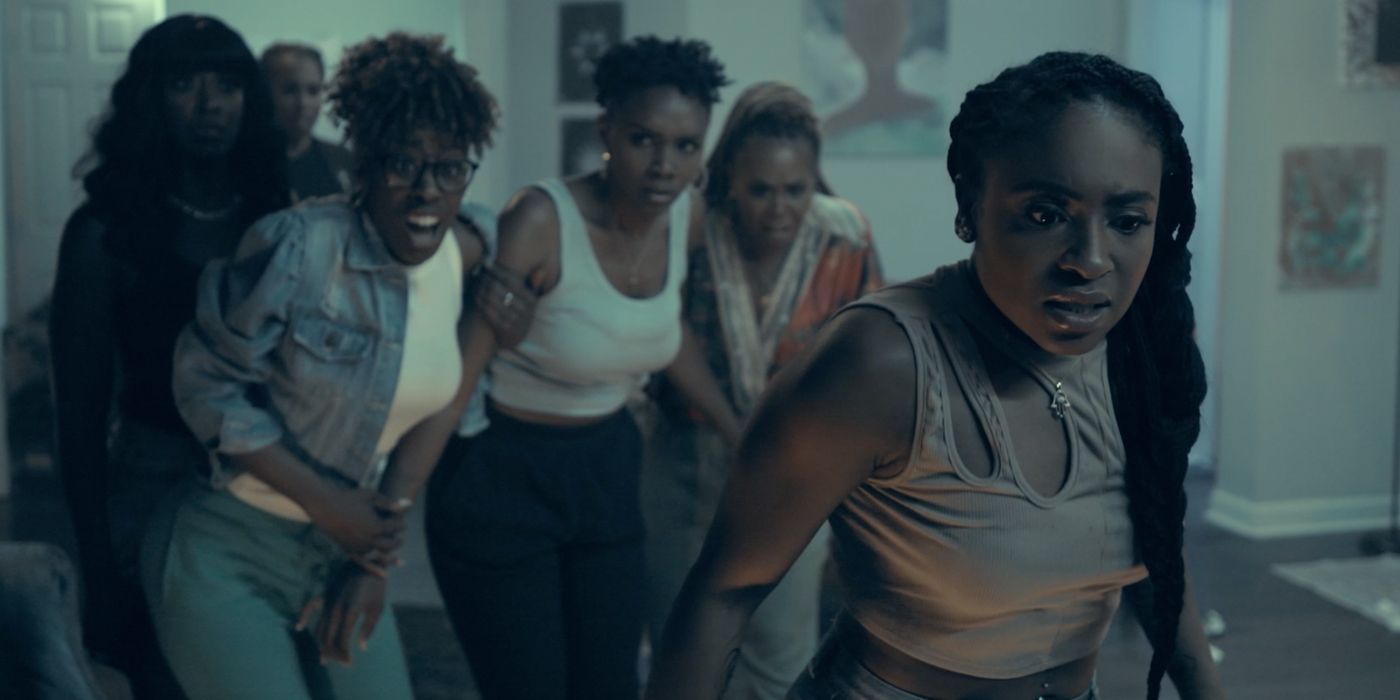 Wicked City is a six-episode series that follows a group of four modern-day witches named Jordan (Smith), Mona (Smith), Angela (Smith), and Sherise (Smith) who are a part of a witch coven known as Charmed City located in Atlanta. The coven, led by their mentor Tabitha (Bell Calloway), recruits a naturally gifted witch named Camille, played by Polidore, who is completely unaware of her gift. The group comes together to perform a ritual that ends in an accidental death. Using a forbidden spell, they are able to resurrect the victim, but in doing so they bring a demon from the other side.

The brand-new 1-minute and 9-second trailer introduces us to our core cast of witches and shows the death and resurrection that puts the story into motion. After things seem to be fixed, it becomes very clear that the coven will need to work together to deal with whatever evil force came from the other side. We also see the dangerous sorcerer known as The Handler, played by Columbus Short, appear throughout the trailer, with the coven having to deal with both the evil force and the powerful sorcerer along with their own personal lives and secrets.

RELATED: ‘Interview with the Vampire’ Cast and Character Guide: Who’s Who in the Anne Rice Series

Who is Making Wicked City?

Additional cast members on Wicked City include Rhonda Morman, Malika Blessing, and Rolonda Rochelle. The series was first greenlit back in June 2022 and is executive produced by Tressa “Azarel” Smallwood via Mega Mind Media and Donte Lee. Kevin Key serves as a producer Dale Lewis being the director for Relentless Studio. Melissa Llewellyn-Alston will also produce alongside Lee. Brett Dismuke and Nikki Love, the General Manager and SVP of Development & Production at ALLBLK, respectively, will also serve as executive producers for the streaming service.

Wicked City will premiere on ALLBLK on December 1. You can check out the exclusive trailer down below as well as read the series’ official description.

The 6-episode supernatural drama series follows four young, chic, modern-day witches— Jordan, Mona, Angela, and Sherise belong to Charmed City, a coven lead by Tabitha. The witches make the acquaintance of Camille, a naturally powerful witch who is oblivious to her gift. Things take a menacing turn resulting in an accidental death and leading to the witches performing a forbidden resurrection spell. Unfortunately, it is too late, as a dark sinister being is brought back from the other side. Now, between their complicated personal lives, unearthed secrets of the past, and attempt to defeat a powerful wraith, this coven is in for the most dangerous ride of their lives.