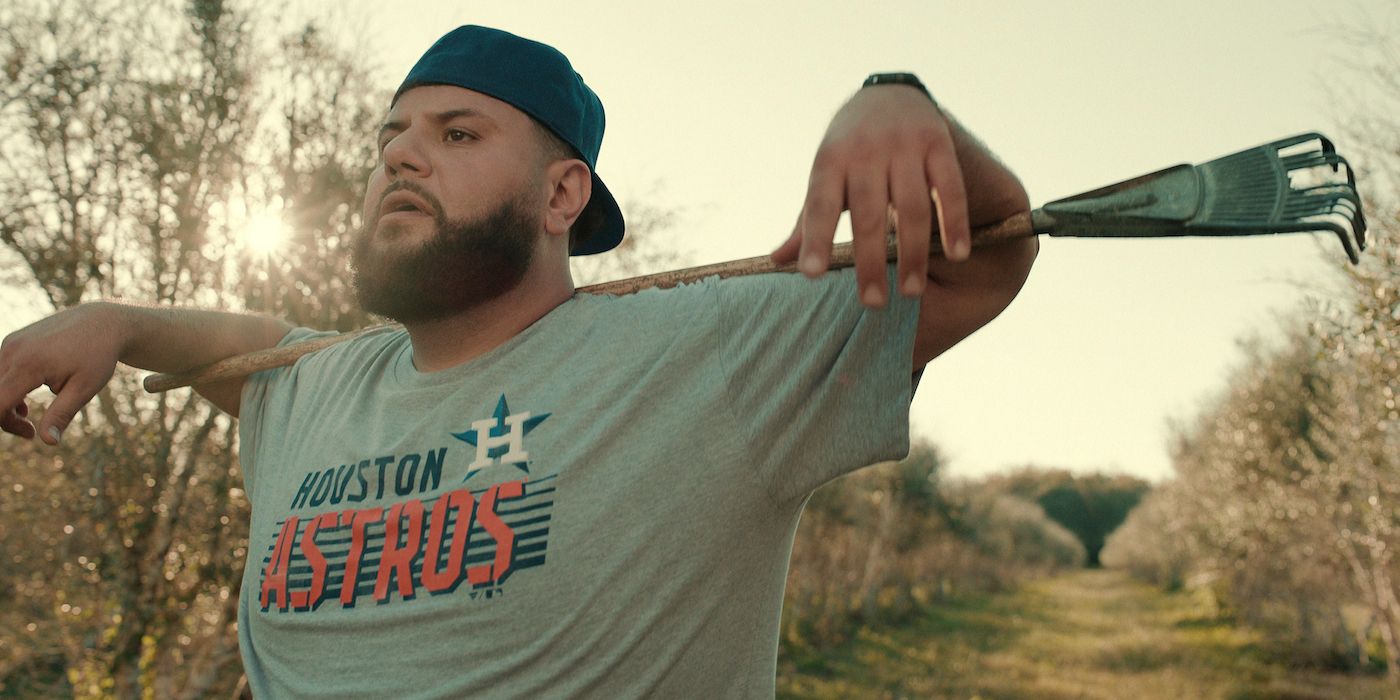 Netflix has just officially announced the premiere date for their upcoming scripted comedy series Mo, which will hit the streamer on August 24. The streamer has also unveiled first look photos for the series. The show will star comedian Mo Amer as Mo Najjar, a Palestinian refugee who has to deal with his family, being between two cultures, and being one step away from U.S. citizenship. Amer, who will be making an appearance at the streamer’s Netflix Is A Joke Festival, serves as a creator and an executive producer on Mo alongside Ramy Youssef. Youssef is a comedian who is known for co-creating and starring in Hulu’s Emmy-nominated comedy series Ramy, which deals with similar themes to Mo.

Netflix’s first look for Mo consists of quite a few photos showcasing the title character and company. The various photos depict the show’s title character spending time with his love interest, playing cards with loved ones, and just being his fun-loving self. The last photo appears to depict the past, showing an old-fashioned-looking image of a family with their bags packed getting ready to board what seems to be a bus.

Solvan “Slick” Naim is serving as series director as well as an executive producer on Mo. Naim is an actor as well as a director, starring in the Netflix comedy series It’s Bruno, which he also created. Naim has also directed episodes of the shows Power, Snowfall, Tell Me a Story, and Animal Kingdom. Mo is produced by A24, the company also behind Ramy. In addition to Amer, Mo stars Teresa Ruiz as Mo’s supportive girlfriend, Farah Bsieso as Mo’s devoted mother, Omar Elba as Mo’s brilliant older brother, and Tobe Nwigwe as Mo’s oldest friend.

Mo‘s first season will consist of eight half-hour episodes. Since the show debuts this summer, an official trailer, or at least a teaser, should be released soon.

Check out the first look photos and official synopsis for Mo below:

“Mo Najjar straddles the line between two cultures, three languages and a ton of bullshit as a Palestinian refugee constantly living one step away from asylum on the path to U.S. citizenship. His family — including his resilient and spiritual mother, sister and older brother — flee to Houston, Texas. Laughing the pain away, Mo learns to adapt to his new world though getting ahead in life comes with several setbacks.”