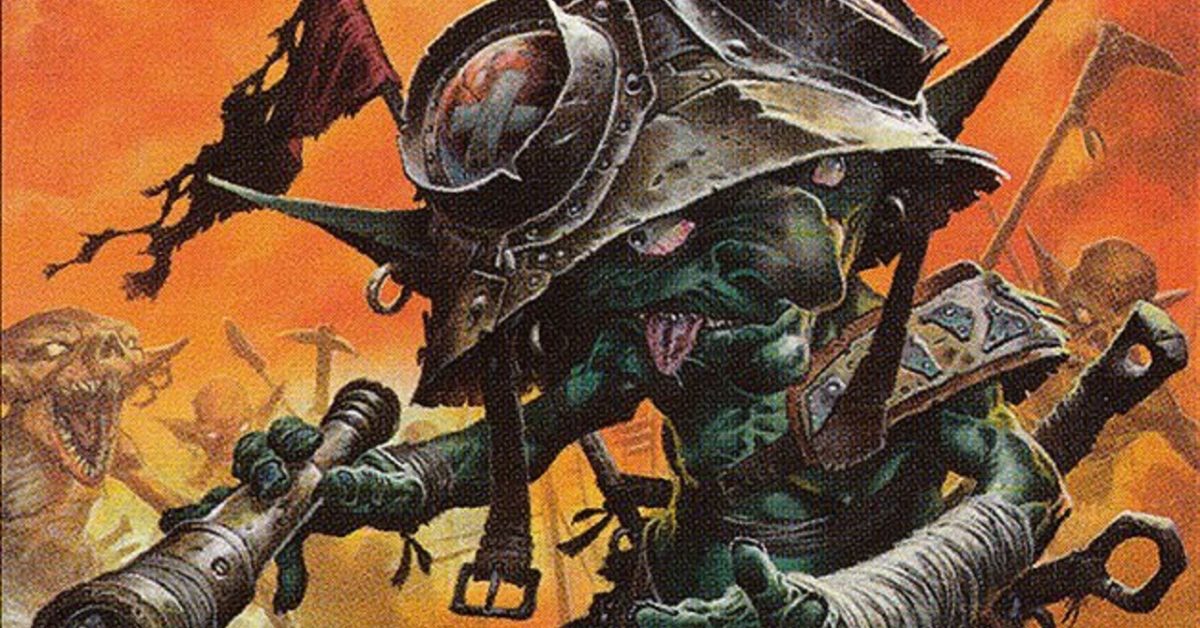 Hello there, players, collectors, and other assorted fans of Magic: The Gathering, the premier collectible trading card game produced by Wizards of the Coast! Today is May Day, which to us means… Well, in all honesty, probably the opposite of what Earth Day is about. Rather than thinking about the conservation of the world and the sharing of its resources, it’s about the concept of retaining those resources in a world-shattering show of force. That’s right, we are talking about war and all that entails, through a Top 5 list of legendary creatures from one of Magic‘s most war-inclined races: Goblins! After all, isn’t that what May Day is all about? So look out, because here we go!

To preface this article, let us just state that these are all mono-red Goblin creatures that we have used in various decks in a number of formats across the years. Ib Halfheart, Goblin Tactician is a great example of a card that breaks attritive parity whenever it is necessary to. A tactical card through and through, if you need some extra damage to go through in order to whittle opposing forces down to nothing, Ib’s your man- err, Goblin.

The true commander of pro Magic: The Gathering player Emma Handy‘s amazing Historic Goblin deck, Krenko, Mob Boss grabs a slightly lower spot here only because of a distinct lack of haste. However, Krenko’s ability will flood the board with Goblins if he is allowed to activate. The proliferation of these pesky creatures will almost always matter in a big way in Historic, Brawl, Commander, or any number of other formats, and Krenko will therefore almost always be a “kill-on-sight” sort of creature for that reason.

Coming in at #3 is Kiki-Jiki, Mirror Breaker, a card that has broken Modern and other formats with its enablement of various combos that tend to result in a near-endless glut of identical creatures that untap or blink a creature upon entry to the battlefield. Kiki-Jiki is typically the target of that ability, allowing him to repeatedly copy that same creature. The copies all have haste and so that usually means the end of the game for at least one opponent. The card is so iconic that he’s gathered homage within Kamigawa: Neon Dynasty in the form of the Sagae enchantment Fable of the Mirror-Breaker.

Muxus, Goblin Grandee is leveraged over Krenko, Mob Boss despite them both being a 4-of in Emma Handy’s wonderful Goblin deck because without Muxus, the deck would not have a taller finisher when going wide, and thus it would flounder against stax effects that discourage attacking. Muxus is a fantastic commander in his own right as well in the Commander format, with all manner of Goblin tribal builds being centered around His Majesty.

Over this article, we have looked at all manner of militaristic strategists of the Goblin kind. We have seen a general, a shaman, a crime lord, and even a king. But the Goblin whose name started everything is here, and we ought to bow down before his putrid boots. Pashalik Mons, the first-ever named Goblin in the game, is a creature that enables Goblin Shenanigans of the most destructive degree. With the proper Conspicuous Snoop pile (perhaps organized by a Goblin Recruiter), Mons can combo out to win games of Commander with relative ease. Makes sense that he was named after Wizards of the Coast developer Mons Johnson, a longtime friend of Richard Garfield, the creator of this game we all know and love. So of course he’s going to be #1 on this list!

What do you think? Are there other mono-red legendary Goblin creatures that should’ve been regarded higher (or at all) in this article? Let us know your opinions in the comments below!