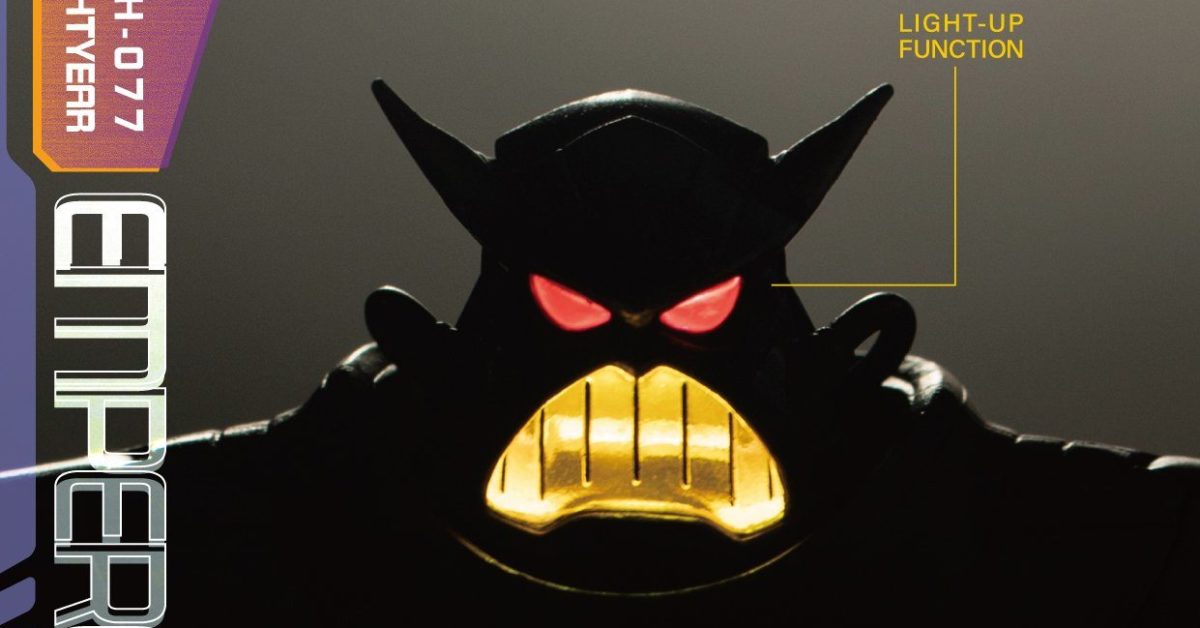 Many fans out there have been unimpressed by Lightyear, which is sad as the movie impressed the hell out of me. It seems like many people were confused about what the film was about going to be about. To sum it up, Lightyear is the movie in the Toy Story world that inspired the creation of the Buzz Lightyear action figure. I am sure some people were sad that Tim Allen did not return, and while I did love Chris Evans, I guarantee many more people would have seen the movie just for OG Buzz. Some aspects of Lightyear capture iconic Toy Story moments with iconic catchphrases, as well as the return of Zurg! Zurg has a new backstory than what we learn in Toy Story 2, but it was a welcoming change. Beast Kingdom has loved this new villain so much that they have announced the Emperor Zurg Dynamic 8ction Heroes figure!

Coming in at 9.5″ tall, Buzz Lightyear is about to have his hands full with this deadly robotic version of Zurg. He will have 16 points of articulation, new realistic features, as well as the return of the terrifying LED eyes and mouth. Some accessories will be included with a swappable blaster arm and interchangeable hands to showcase his deadly battle with Buzz. Lightyear fans will love adding this new upgraded version of Zurg to their collection, and he is set to release in Q2 2023. Pre-orders are not live yet, but fans will be able to find him here along with the DAH Buzz. 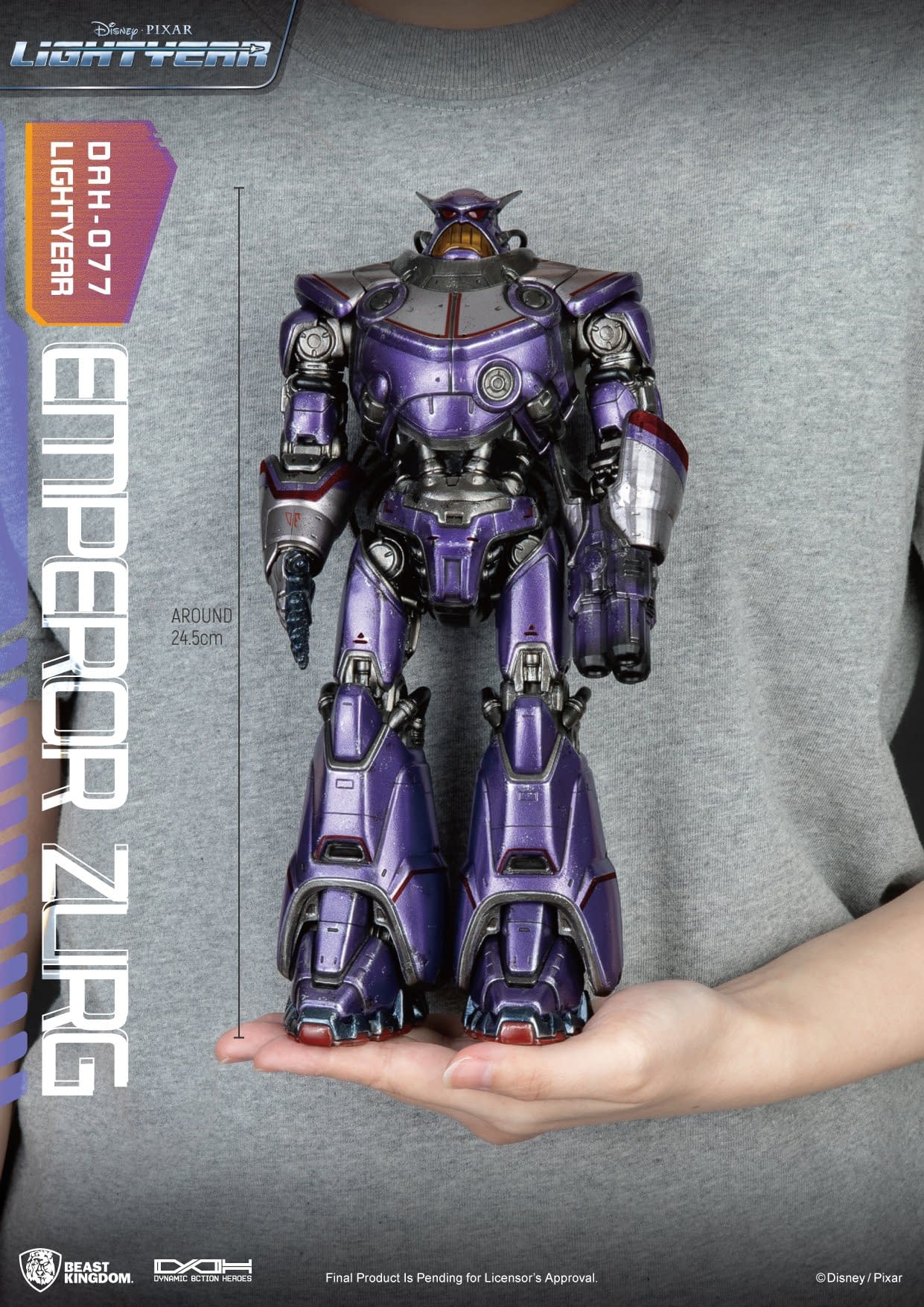 “Pixar and Disney are ready to take Toy Story fans to new realistic heights with the release of ‘Lightyear’! Whilst Buzz and his friends take a break from the fun loving toy image fans have grown to love, both Buzz and the classic villain ‘Zurg’ are reinvented with more realistic features. Pitting the evil Zurg against Buzz and his friends, we see the scary looking robot tower with his fierce eyes and massive figure. Bringing the battle to our loving heroes, Zurg has never been more terrifying.”

“Beast Kingdom’s highly articulable DAH (Dynamic 8action Heroes) figure range is ready to take you ‘To Infinity and Beyond’ with the release of the Zurg DAH-077 figure. Following the more realistic take on Zurg, the DAH features 16 points of articulation and a highly detailed body design, which stands at an intimidating 24cm in height. The detailed color scheme of the robotic armor is matched with LED light-up functions in the scary looking eyes and mouth. Of course the legendary arm laser canon function is also on full display. A fantastic set for fans of Pixar’s evil universe conquering robot! Don’t forget to also take home the DAH-076 Buzz Lightyear to complete the collection.”

There’s a flood of cheap ex-mining GPUs, but you probably shouldn’t buy one