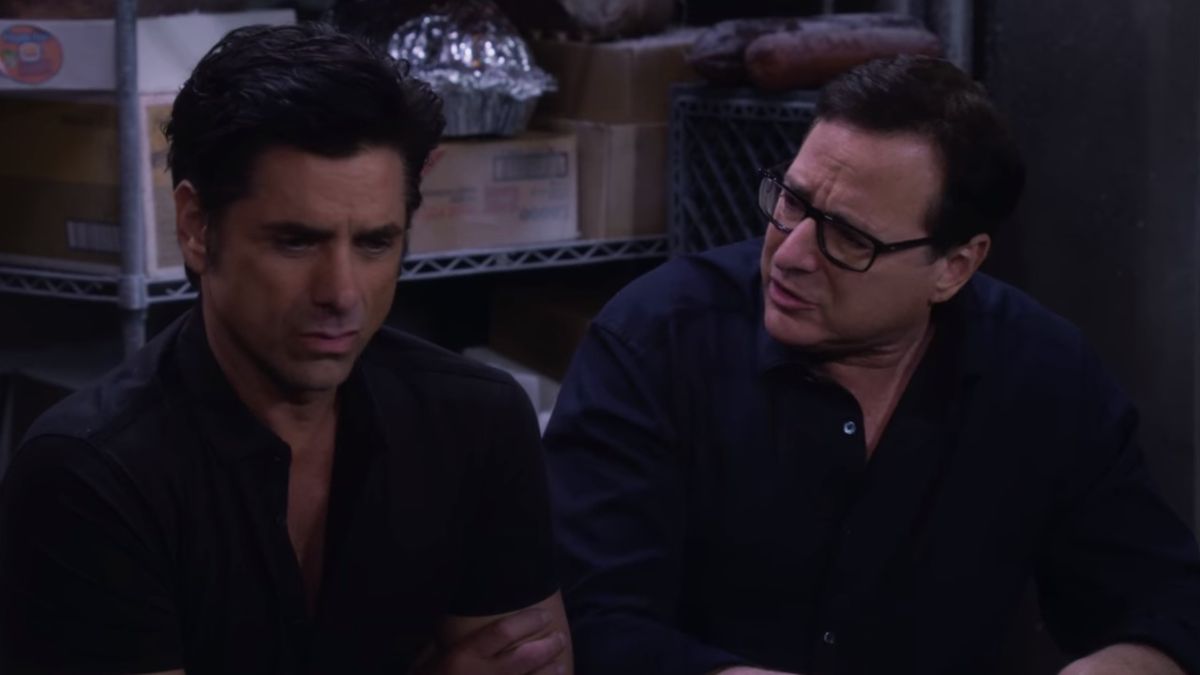 Jodie Sweetin’s wedding became a mini-Full House reunion, based on the wedding pics featuring Candace Cameron Bure and Andrea Barber. Another castmate was seemingly there in spirit, though. John Stamos ended up wearing the late Bob Saget’s shirt due to a switch-up and, as a result, the stars could feel Saget’s presence. Now, Stamos himself has shared his account of the unexpected, but sweet, development that occurred on Sweetin’s big day.

The heartwarming moment sounded like something straight out of an episode of Full House (or Fuller House). The Big Shot star was promoting that basketball dramedy series and more at Disney’s D23 Expo when Sweetin’s wedding story came up. Stamos spoke with ET about how the whole thing played out, saying that it all started when his wife Caitlin McHugh said he should change his shirt:

It’s definitely a moment that can make one tear up, as it shows just how much Bob Saget is missed by his TV family. The shirt was just one of the sweet gifts Saget’s wife shared with him, and one can only imagine what the odds are that his particular shirt would be the one that John Stamos grabbed out of the bunch.

The 59-year-old star is proud that the show has remained a pop culture staple and that he and his co-stars have remained so close. The Uncle Jesse actor recalled his castmates being there for each other through personal difficulties over the years. He also pointed out just how important his TV brother-in-law was to that family-like dynamic:

It seems like Bob Saget was the glue on and off screen for the Full House cast. But that spirit of togetherness clearly didn’t end with Saget’s passing, as made clear by the stars’ consistent gatherings and online shout-outs. The stars are also still teaming up for entertainment projects as well. Candace Cameron Bure and Andrea Barber are reuniting with Lori Loughlin as part of GAC Family’s Christmas movie lineup. While not much is known about what they have in the works, it will be nice to see them working in proximity of each other once more.

Bob Saget would surely be pleased to see his TV family sticking together like this. I’d also like to think that somewhere, the late comedian cracked a joke or two about John Stamos trying to rock his shirt at the wedding.

Check out the entire Full House series by getting an HBO Max subscription. And once you’re done, get a Netflix subscription to watch Danny Tanner as a granddad on Fuller House.