HP Envy vs HP Spectre – Which Is The Best For You? 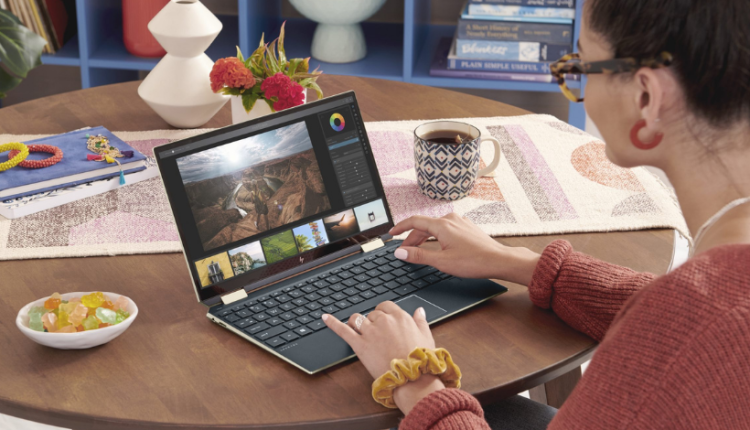 There is no denying that major computer brands often come out with a huge line of products, and with all the different series and sub brands, there will be times where we wonder which is the better model. HP is recognized as one of the top brands for computers and laptops and is known all over the world, including countries like India and Malaysia. They are known for their laptops that cover a wide range of specs and features as well as price position.

Like other popular electronics brands, all HP laptops are released under a specific series or sub-brand. These series lines are differentiated by several aspects including the specifications, features, the targeted market, and most importantly, price. However, to the average computer user, these aspects might not be too obvious, which brings up the question – is there actually a difference between two different series under the same brand? And if there is, then which one is the right one for me?

In this article, we will compare two laptop models, one each from two HP laptop series line. The first model that we will look at is the HP Envy x360 13 from the Envy series. The second will be the HP Spectre x360 13 from the Spectre series. Judging by the names, you might think that these two models are the same, if not similar but this article will list down the reasons why they are not. Hopefully, by the end of the article, you would have gotten a good idea on which model from which laptop series will work the best for you. 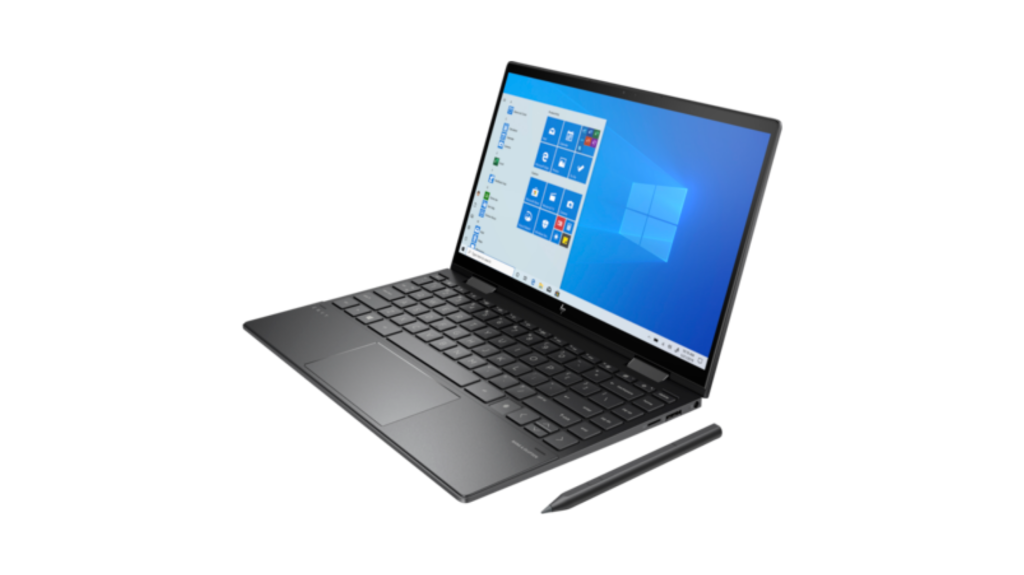 We will start off with a model under HP’s Envy series. This series covers quite a few products, most notably the convertible models. These models allow users to use the device as both a laptop and a tablet. There are also a few models that does not carry the 2-in-1 form factor but that does not mean they are worth less. Let’s look at the specifications of the HP Envy x360 13.

The Envy x360 13 is powered by an AMD Ryzen 7 4700U processor with an AMD Radeon Graphics card. AMD processors are known to be one of the best in the industry and can handle high-performance games and software. Display-wise, this Envy laptop offers a Full HD (FHD) display in a 13.3-inch screen size. The resolution of the display can go up to 1920 x 1080 pixels, which might seem low to some but can still display amazing visuals. At 2.42kg, the weight of the laptop is also pretty decent and will not burden you if you are travelling with the device to the office or around the campus.

When it comes to memory and storage, the Envy comes with 8GB of RAM with the options of either 128GB, 256GB, 512GB, or 1TB of internal storage. The 8GB RAM might not be enough to run some higher specs games or certain editing software but it is definitely enough for the average student or office employee. Adding to that is the 9-hour battery life which will keep the device going long enough for youto complete all your tasks. The laptop also has Wi-Fi 5, Wi-Fi 6, and Bluetooth 5.0 connectivity.

The most notable feature of the HP Envy x360 13 is the touchscreen display. The laptop is a convertible laptop that also takes up a tablet form factor. You can also get a compatible stylus pen in the box when you purchase it new so that removes the need to get a stylus pen separately. On the bodyof the laptop, you can find dual speakers, a microSD card reader, as well as a few cable ports, including one port for USB Type-C cable and two for USB Type-A cables. There is also a fingerprint reader for biometric authentication.

According to the specs and features, it seems that the target market of the laptop is focused on the everyday users who are not looking for too much in a laptop. The laptop is most likely suitable for the average student or business employee who will need something powerful to run some software but is not looking to pay much for something premium.

The Envy sub-brand covers more products than the Spectre line, in terms of categories and prices. Overall, you will see that this series does have more budget-friendly options than the Spectre series. With this specific model, the price is indeed lower but that is understandable when comparing the specs and the features. The price for this model is about average when comparing to laptops from other brands with similar specs. 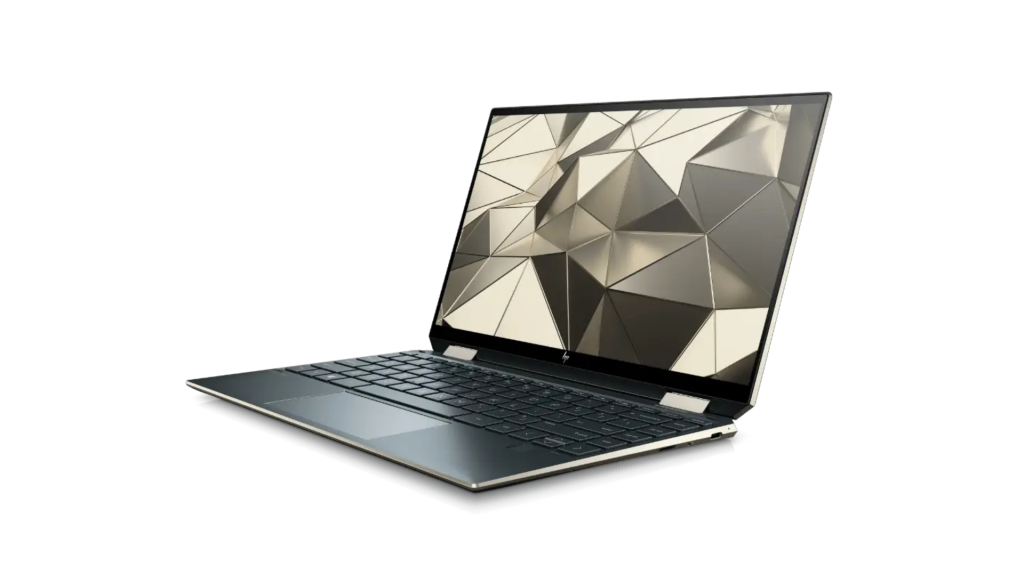 The HP Spectre series has been marketed as a premium series since its introduction and the models under this series are easily one the finest laptops that you can get in the market. The luxurious feel of the laptop is paired with amazing specs and features. Not only that but the Spectre line also houses incredible convertible laptops that will add more convenience into your life. Let’s look at the details of the HP Spectre x360 13.

The HP Spectre x360 13 runs on an Intel i5-1035G4 processor with an Intel Iris Plus graphics card. There is also the option of an Intel i7-1065G7 processor with the same graphics card. These processors are only slightly lesser in terms of performance than the ones in the Envy model but is still rather powerful. The size of the display is similar to the Envy model, but you can get a 4K Ultra HD (UHD) AMOLED display with resolutions of up to 3840 x 2160 pixels, which is significantly better than the one in the Envy model. However, the Spectre is slightly heavier at about 3kg but it is still a pretty good weight for when you have to bring the laptop to work and classes.

With the Spectre x360 13, you can choose either 8GB or 16GB for the memory space and get between 256GB, 512GB, 1TB, and 2TB worth of internal storage. Whichever you choose, it is clear to see that the Spectre does comes with more than enough storage for all your computing needs. The battery life is slightly lower than the Envy at 8 hours but it should not be an issue if you have got your charging cable with you. Connectivity with the Spectre is only compatible with Wi-Fi 6 and Bluetooth 5.0.

Like the HP Envy, the Spectre x360 13 also carries a touchscreen which means that is convertible to a tablet form factor. You will also get a rechargeable stylus pen when you get this model. The body of the laptop features dual speakers, a microSD reader, one USB Type-A port, as well as two Thunderbolt 3 ports. Not only does the Spectre come with fingerprint reader for biometric authentication but thanks to the internet protocol (IP) camera, you can also enjoy Windows Hello which is a facial recognition software.

The target market for the Spectre series is like the Envy series but is not for those sticking to a strict budget. In fact, it is more catered to people who looking for a more premium laptop, both specs-wise and design-wise. It might not be the one for students but if you are in a business that requires more space to work with, then the Spectre might be the one you are looking for.

Overall, the price range for most of the models under the Spectre line is considerably higher than those in the Envy series. In fact, the Spectre series is thought to be the premium series from HP. While some might argue that the price range is too high, there are those who justifies it based on the specs and the features.

HP Envy vs HP Spectre: What is the verdict?

Both laptops are great, will get more tasks done than the average laptop, and are equal when it comes to the design but based on the specs and feature comparison, we can see that the Spectre does carry a few better specs and features. It is great for entertainment purposes and can handle more intensive workloads. The only downside is the price but when you look at other convertible laptops, you will see that the price is still rather affordable. However, this does not imply that the Envy series is bad. In fact, it is still one of the best laptop lines on the market and comes highly recommended to anyone looking for a great convertible laptop.

Why Do You Need SEO Services?

Elden Ring Game Guide: The Function of Talismans And How to Use Talismans in Elden Ring