How To Complete The Gym Leader Evaluations 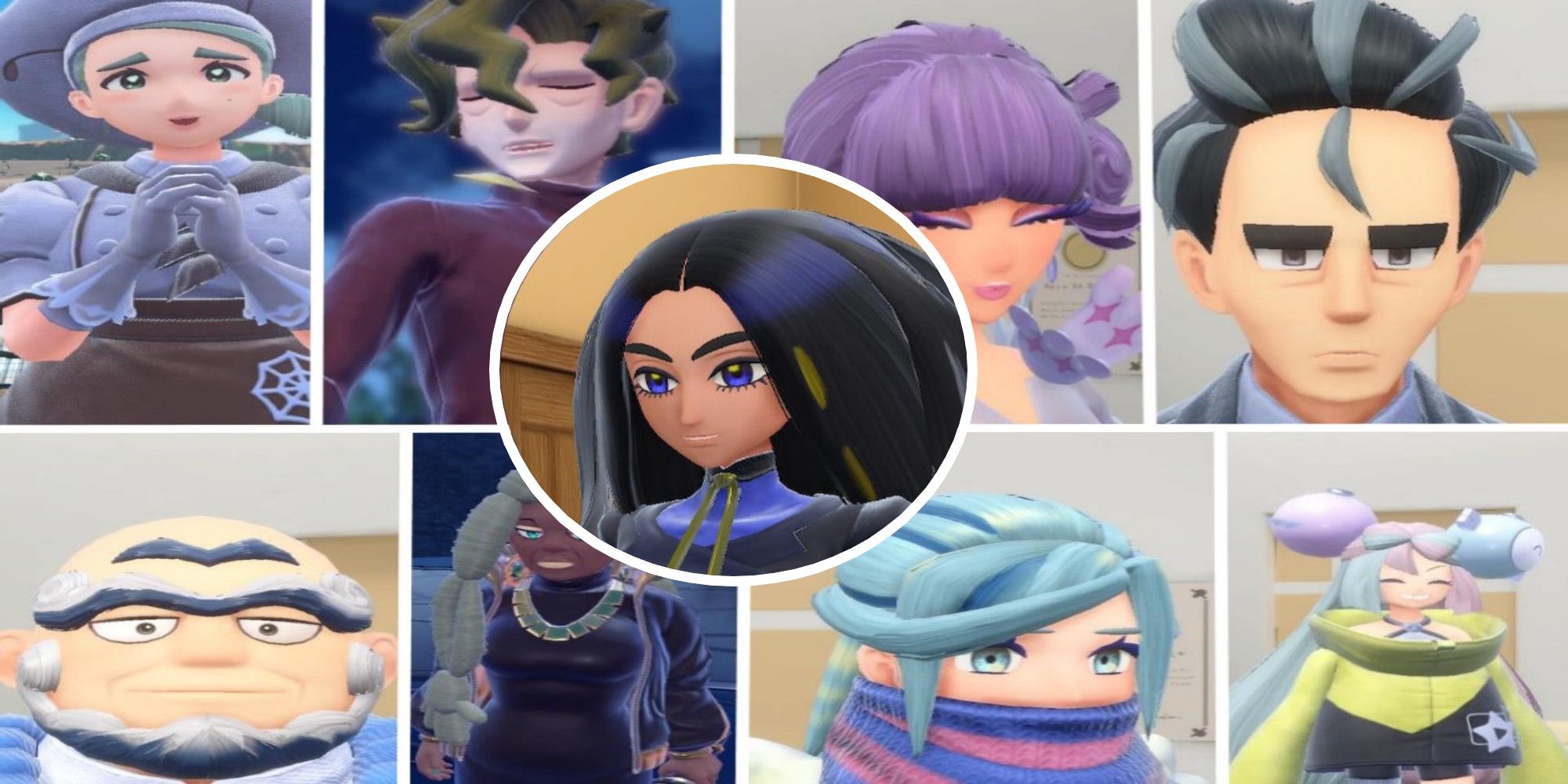 At the end of your journey in through Pokemon Scarlet & Violet, defeating everything from the Elite Four to the final boss, the next step as per franchise tradition is a rematch between all eight of the game’s gym leaders. There’s a story reason for the battles this time — the academy is planning a tournament, and the chairwoman La Primera would love to enter as well, but she is too busy with the Gym Leader Evaluations.

RELATED: Pokémon Scarlet & Violet: Where To Get Every TM

If only a recently crowned champion could do this for her. The Leaders’ will be on equal footing now, and some can put up quite the challenge.

The thing to bear in mind is that each of these rematches will go down the same way. You’ll enter the gym to find the leader hanging out at the entrance, and you’ll notify them you’re taking Geeta’s place in their evaluation. They’ll accept, and the fight will begin. No tests this time — just straight into the fight.

Katy uses Bug-type Pokémon, and during the Victory Road story path, she had the lowest-level team. She acknowledges this before the rematch, saying that this was due to advice that mostly new trainers would start at her gym, so she should be gentle. She would like to take off the kid gloves, and this is not mere words, as she effectively gets the biggest glow-up out of all the leader rematches.

Forretress is 4x weak to Fire, and Heracross is 4x weak to Flying. Bug types can be fast and can hit hard when in the right hands, so for this rematch do not underestimate her. The game will be ready for that mistake on your part.

Brassius will also be a major step up from his original fight, due to gaining around 40 extra levels along with a few new party members.

Breloom is 4x weak to Flying, making Flying types an easy recommendation. Be warned Arboliva can instantly make the terrain grassy, which will heal any Pokémon that touches the ground. Simple use of Flying, Bug, and Fire moves should be enough to win the rematch.

Electric types are only weak against Ground, and just like before, Iono has planned to try and remove this weakness the best she can.

While Electrode is not the most serious new addition, the fact her previous team is fully evolved will make her more of a challenge regardless.

Simply put, Kofu may be just as scary as he was the first time you fought him, as his returning teammates were already fully evolved in the first fight. He also doesn’t prepare against his Grass weakness aside from one new party member, and he notably has nothing to shield himself from Electric attacks.

Kufo can easily be taken down by a player who chose Sprigatito, who would be fully evolved by now. Just use a Grass type for everything but Pelipper, and you’ll likely have this rematch won handily.

As Larry will remind you, while he is a member of the Elite Four, this rematch is about his Leader position, so he will stick with Normal types. Normal is tricky, only weak to Fighting and immune to Ghosts. Ghost in turn is also immune to Normal-type attacks, and Normal is super effective against nothing, so you may find yourself at neither an advantage nor a disadvantage with a high-level team.

With Braviary, a Rock or Electric attack would be super effective, but Staraptor’s Tera Form means that the same tactic won’t mean anything.

Ryme will continue to use the double-battle style in this rematch. Don’t just rely on Dark and Ghost moves, which are super effective against Ghost — remember to stick with Pokémon that will complement each other.

Also, remember: don’t waste a powerful move as your first hit on Mimikyu, as it will negate any damage with its Disguise ability.

Tulip will now gain a Gallade for her all-Psychic party, meaning that both final evolutions for Raltz will be fought in this rematch.

Psychic is considered one of the most powerful Pokémon types. If she gave you trouble the first time, then she’ll likely be a hurdle once again. Bug, Dark, and Ghost attacks will be your best counters against her.

Like Tulip, Grusha’s team will only see one new addition, but that may be all he needs to be a challenge. He had the highest-level team during Victory Road, but thankfully relying on your original strategy that beat him will likely work for the rematch.

New addition Weavile is 4x weak to Fighting. Remember Beartic’s Earthquake is a near-perfect counter to most Pokémon types strong against Ice — Steel, Rock, and Fire.

Handing In Your Evaluations

Geeta will call you on the phone after you’ve completed all of the gym leader evaluations. She’ll meet you at the entrance hall, then decide to move somewhere more private; your dorm. No, you don’t fight her. You just answer some questions:

Answer these questions from your heart, and Geeta will give you an item for one of your Pokémon to hold: King’s Rock.