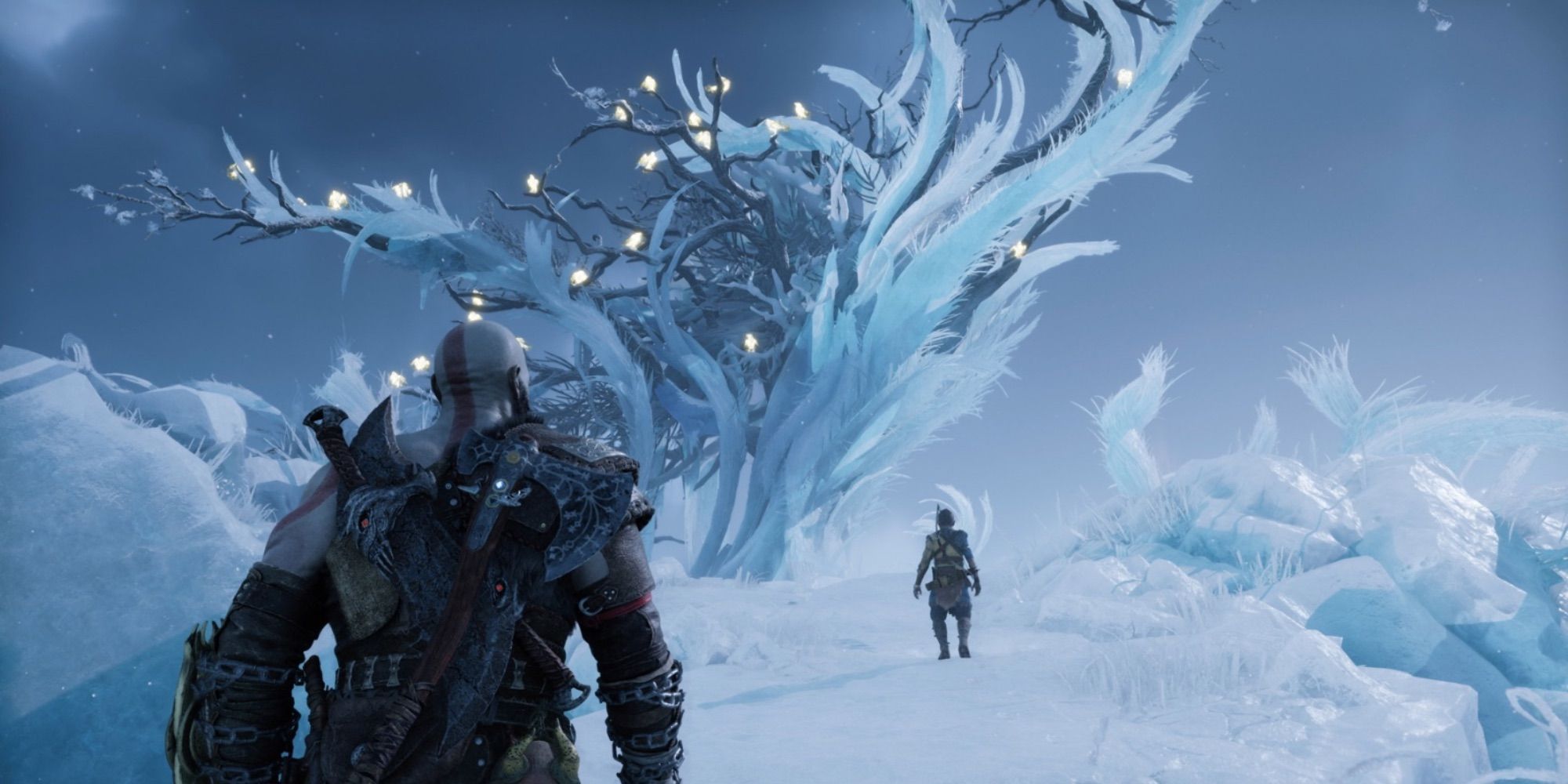 Hunting down Odin’s Ravens in God of War Ragnarok can be a bit of a challenge. Follow this guide to find every raven hidden in Midgard.

In God of War: Ragnarok, there is a total of 48 of Odin’s Ravens scattered throughout the 9 explorable Realms. Finding and obtaining all of Odin’s Ravens is part of a larger side quest called “The Eyes of Odin.” Odin’s Ravens are green, chirping Ravens that can be found in discrete places. If players neglect to find a certain number of the Ravens in the game, they will not be able to open six specific chests in Niflheim, each holding special items.

Unlike most other quests in God of War: Ragnarok that require players to obtain items, there is not an ultimate reward at the end, but rather unlockable tier rewards depending on how many Ravens players have acquired. When players have destroyed all 48 of Odin’s Ravens, there will be an additional step in the quest: defeat the Raven Keeper. Whenever players spot one of Odin’s Ravens, they’ll need to throw the Leviathan Axe toward it, so they can destroy them. This guide will be delving into the locations of Odin’s Ravens specifically found in Midgard.

There are a total of six Odin’s Ravens scattered throughout Midgard — below is a list of where to find them all.

NEXT: God Of War Ragnarok: All Stags of the Four Seasons Locations