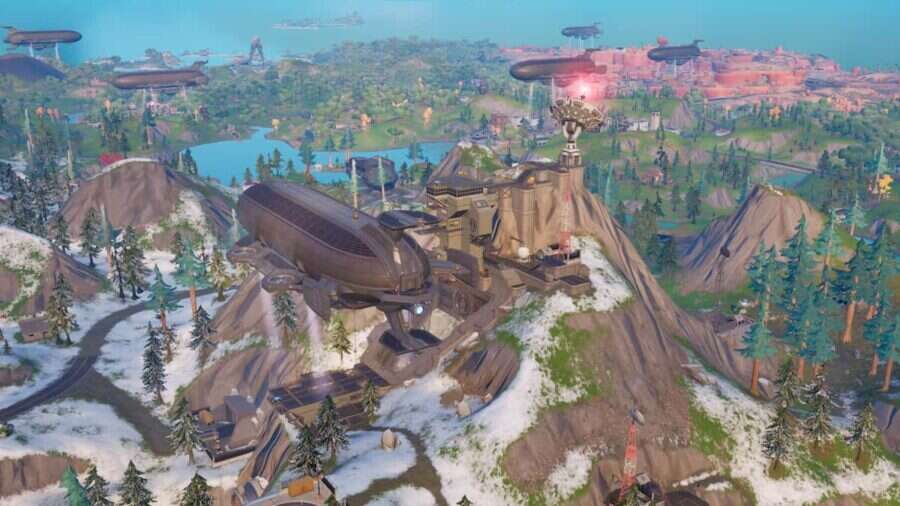 In Fortnite, the final Covert Ops mission has finally been assigned to us by The Origin, and while it might seem easy at first, this one is a little bit trickier than it initially lets on–but we will get to that later, as first we need to, as always, establish a device uplink. This time, we have our pick between the river north of Rocky Reels, the western entrance to Tilted Towers, The Fortress, or Command Cavern. Here’s where to plant timed explosives in Fortnite.

Pick your poison, drop down, establish that uplink, and you’ll hear that The Origin’s got a new mission for you– he wants you to blow up a bunch of Imagined Order equipment so that hopefully, they won’t be able to do whatever it is they’re doing with that doomsday device we’ve been hearing so much about–and we’ll be able to get that sweet, sweet Secret Sledge pickaxe for ourselves.

There are a total of three explosives we need to place, and there are more than enough spots to choose from; each of the areas we established the device uplink in should have a few spots marked on the map. Some of them can be pretty hard to spot, so make sure you’re near important IO equipment, like large computers, the Airships, or the Fortress. There are several spots in Command Cavern as well, but make sure you’re staying vigilant, as the NPCs in these areas can be aggressive. Avoid or eliminate them, and keep an eye on your map for exclamation point symbols as well as the distinct white glow that the objective markers give off. If you’ve found one, you’re in luck; the others should be relatively close and easy to find.

Once you’ve placed all three explosives, The Origin will be in touch to congratulate you for proving you have what it takes, as well as thank you for potentially turning the tide in the battle against the Imagined Order. Hit the lobby once you’re finished to be greeted with your prize; the Secret Sledge pickaxe, in all its multicolored glory.

Congrats, looper! You’ve completed all of the Covert Ops challenges and claimed the Secret Sledge pickaxe for yourself. Now that you’ve gotten that, make sure to check out this week’s new season challenges and Resistance quests to make sure you’re getting all the XP you deserve.

Anime On Netflix Is Way More Popular Than You Might Realize