Everything We Know About Endwalker’s First Major Patch So Far

After the conclusion of Endwalker’s narrative, it’s time to take a look at its upcoming patch. 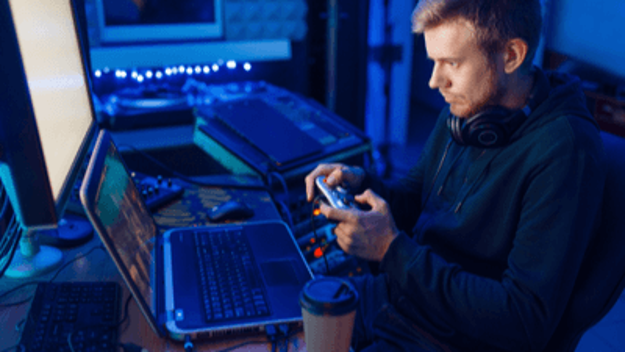 When Endwalker was released, Square Enix could barely keep their gates open. The acclaimed MMO got popular to the point where Square had to withdraw the option to purchase a membership on their website for a quite (almost unheard of in modern game development). Thankfully, things have been smooth sailing as the influx of new players now comes at a stable rate. A new day is dawning in Final Fantasy XIV Online as it prepares for the upcoming 6.1 update, the first major content drop for Endwalker since it brought its main arc’s narrative to an end. The patch is set to introduce a smorgasbord of new things for players to look forward to such as new quests to farm FFXIV Gil for when it launches in mid-April. The details were revealed by none other than Naoki Yoshida, the game’s producer, and director during the latest LIVE broadcast.

Crystal Conflict, A New PvP Mode, Will Arrive in Patch 6.1

PvP in online games allows players to pit their skills against others through a wide array of competitive game modes to choose from. For now, there are three game PvP game modes that players can access in FFXIV: Rival Wings, The Feast, and Frontline. To earn FFXIV Gil and play these modes, they’ll have to travel to the Wolves’ Den. Once there, each job will gain traits and abilities that are unique to the game mode that the players have chosen. Rival Wings is a 24v24 MOBA-like team mode, while teams of 8v8 or 4v4 duke everything out during The Feast. As for Frontline, three different teams will be facing off each other. All game modes make for fun experiences, but it’s time to have some new content.

Patch 6.1 will add the much-awaited Crystal Conflict, a new PvP mode for FFXIV. It’s designed to be played casually since it’ll have quicker rounds, but for those that want more of a challenge, there are also ranked matches which player can freely participate in. For this process, skill-based matchmaking will be employed. Crystal Conflict will have two teams of five, with each member having a different job. The objective for this PvP mode is to avoid obstacles, capture a crystal, and ultimately push towards their goal. On their feats (and should they win the round or not), players will be able to earn a plethora of rewards such as special FFXIV mounts, gear, and more.

The housing system in FFXIV has always been an issue. This is mainly due to the limited spaces available for purchase and the high population, but there’s also the matter of players camping outside of lots whenever there’s an available plot of land for sale. Hopefully, patch 6.1 fixes some of these problems with the Ishgard Empyreum Housing System. Players will have to use this new system to purchase a house, as opposed to the previous method where they’d be required to stake out their plot of land. Simply put, purchasing a house in FFXIV will be a game of chance; players must pay the full price for the home first and will then be entered into a lottery. If they win, they can accept their prize, but if they lose, they can claim a full refund provided that they do so within the limited time.

The Implementation of the Trust System for Older Content

Completing Solo-Instances, Dungeons, and Trials can be an arduous task for those that are sifting through Final Fantasy XIV’s content. Completing the base story of FF14 is already a feat as that alone can take hundreds of hours due to the length of cutscenes and the vastness of the map size. Doing everything via the Duty Roullete can also take a lot of time. Luckily, the update to the Trust System for Patch 6.1 should make things easier for the newer players. During the Live Letter steam, it was announced that the Patch 2.0 MSQ duties for the A Realm Reborn expansion will become Trust compatible. In doing so, this will eliminate long queue times for Trials and Dungeons.

With a roadmap for the future of Final Fantasy XIV and Yoshida’s plan to make the game more accessible to everyone, Patch 6.1 is but a step in that direction. There are currently more than 25 million registered players that are actively farming FFXIV Gil, and since the Free Trial has also been brought back, this is the perfect chance for gamers to get a taste of why the MMO is being held in such high regard.

What do you think about Patch 6.1? Are you excited about it? Let us know down below!