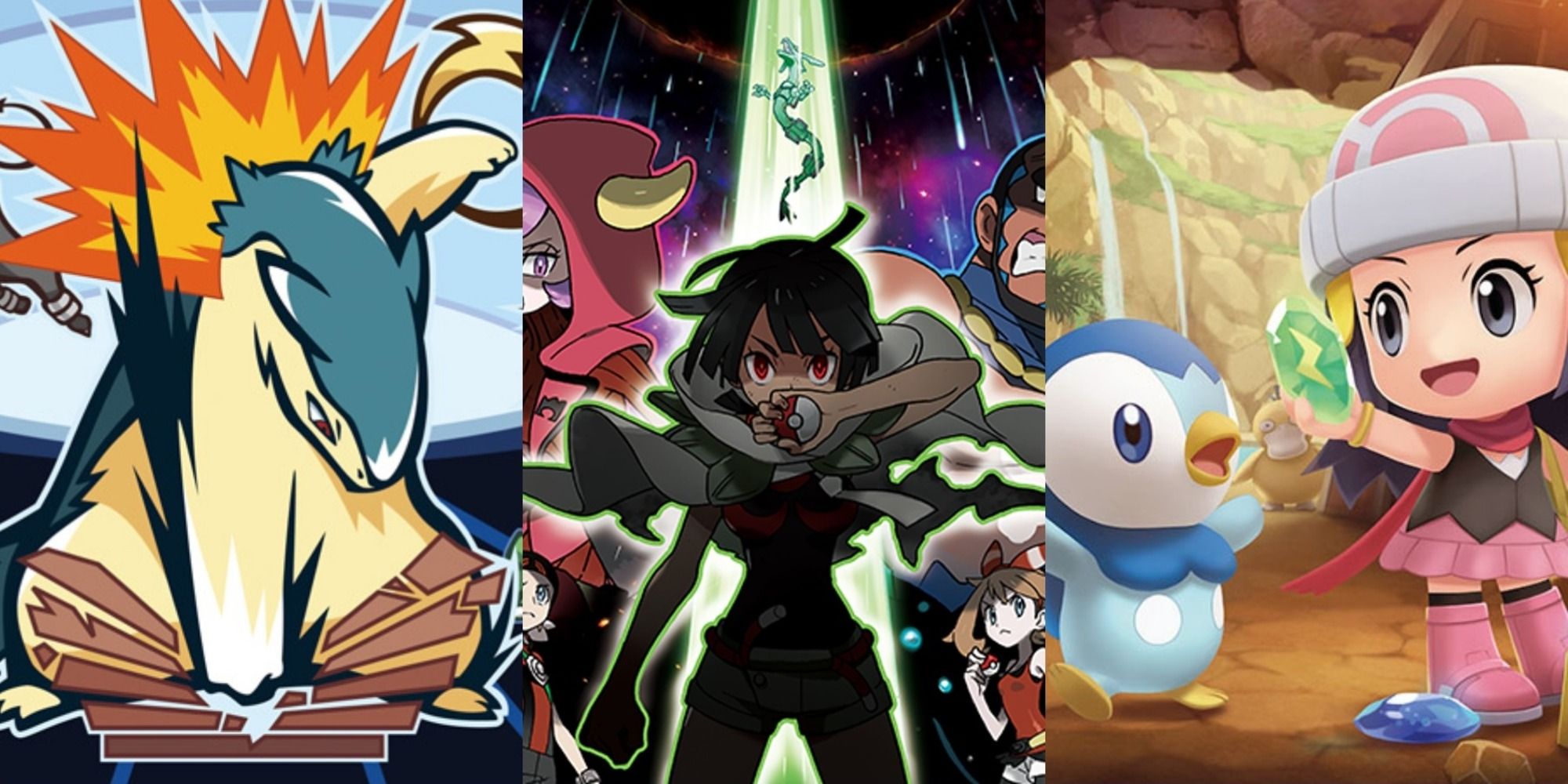 Ever since its creation in 1996, the Pokemon series has been one of the most popular video game franchises ever made. Even the worst selling mainline version has sold many millions of units. Every major new installment introduces dozens — if not hundreds — of new monsters to catch. Over time, older games get remade to get improved graphics while including Pokemon and mechanics from newer Generations into their regions.

Some remakes have tried to be as faithful to their original releases as possible, while others have been heavily modified in an attempt to improve them. This list will rank every remake, from the most lackluster recreations to remakes that undoubtedly overshadow their original versions.

After the massive world-wide success of Pokemon Go, the series attempted to blend its mechanics into the mainline series. Let’s Go contains no wild battles, and instead has players catch Pokemon by swinging their Joycon to throw Pokeballs. This game would also mark the first time that every wild Pokemon would appear in the overworld instead of random encounters.

It has charm, and it positively impacted the future of the franchise. Sword and Shield’s Wild Area wouldn’t have been created had it not been for the positive reception of non-random encounters. That being said, comparing Let’s Go to the previous Kanto remakes makes its flaws apparent. Fire Red and Leaf Green increased the amount of Pokemon that could be used, added new locations, and improved upon the original in every way. Let’s Go only has a handful of new Pokemon and forms that weren’t in the original. The lack of wild battles also holds it back.

These are the most faithful remakes any Pokemon game has gotten. There were a few changes like slight character customization, an expanded underground area, and the Fairy type being added, but for the most part, it’s just a slightly better Diamond and Pearl. Even visually these games aren’t impressive. Most remakes looked on par, if not better than the most recent games released around the same time, but these use chibi models.

RELATED:Pokemon Scarlet & Violet: How To Get Free Rotom Phone Cases

Unlike Omega Ruby and Alpha Sapphire, which added Emerald content, Brilliant Diamond and Shining Pearl barely scrape the surface of Platinum’s extended storyline. Many fans were expecting Giratina and the Distortion World to make a story appearance, but Giratina is merely an optional overworld Legendary.

The main story segments of these games are mostly unchanged. The biggest difference are two basic Team Rocket admins got replaced with the leaders from Gen 2, the Dark and Steel types introduced in Gen 2 were added, many mechanics were altered to match Gen 3’s standard, and the large amount of glitches from the original releases were removed. Most of the changes are all undoubtedly improvements. A few glitches in the original — such as a way to obtain Mew and cloning items — were widely loved, so the lack of them could be seen as a reason to prefer the originals.

Omega Ruby and Alpha Sapphire cut a little content from Emerald such as the Battle Frontier, and you don’t get to experience fully fighting both evil teams since the games are split into two versions again, but they’re a major upgrade in almost every other aspect. Hoenn was brought into full 3D, features the new Fairy type, and Emerald’s Rayquaza storyline was largely expanded upon.

Zinnia, her tribe, multiverse lore, and Deoxys being changed from a Mythical to a story Legendary were all great improvements. The biggest gameplay change is the inclusion of Gen 6’s Mega Evolution mechanic. Not only was it present, but roughly 20 entirely new forms were added. Those new Megas combined with Groundon and Kyogre receiving new Primal forms made the pre-launch hype of Omega Ruby and Alpha Sapphire much more exciting than any other remake in the series.

Heart Gold and Soul Silver didn’t add new exciting forms, but it is the most drastic improvement any Pokemon remake has over the original release. The visuals are excellent for DS standards, and a lot of new content was added. Pokemon follow you around for the first time in the series, the inclusion of Platinum’s Battle Frontier, nearly a dozen Pokeathlon mini-games, Hoenn Legendaries placed around the map, and being able to choose a Hoenn starter in the post game are just small tastes of the new content available.

A fine selection of Gen 3 and 4 Pokemon are obtainable in Heart Gold and Soul Silver, and even those that aren’t obtainable directly in the Johto and Kanto regions can still be used via trading from past games. Every Pokemon that existed as of its launch is usable. Some trade-only Pokemon, such as Arceus, even have new unique events. Having an Arceus can allow players to visit a new location called the Sinjoh ruins which will play a cutscene leading to Arceus creating either Dialga, Palkia, or Giratina. The Celebi event clarifies lore that was only vaguely hinted at in the original Gold, Silver, and Crystal. The rival Silver being Giovanni’s son became a major part of his storyline since its reveal in the event.

Reality Bytes: Half-Life 2: VR Mod is a fantastic adaptation of a classic

Channing Tatum Is Getting Richest-Ever Contract For His New Movie

Hi-Fi Rush: How To Beat QA-1MIL

So, What Are You Playing This Weekend?

7 Best Items To Buy In The Store

Dead Space review — It’s behind me, isn’t it?