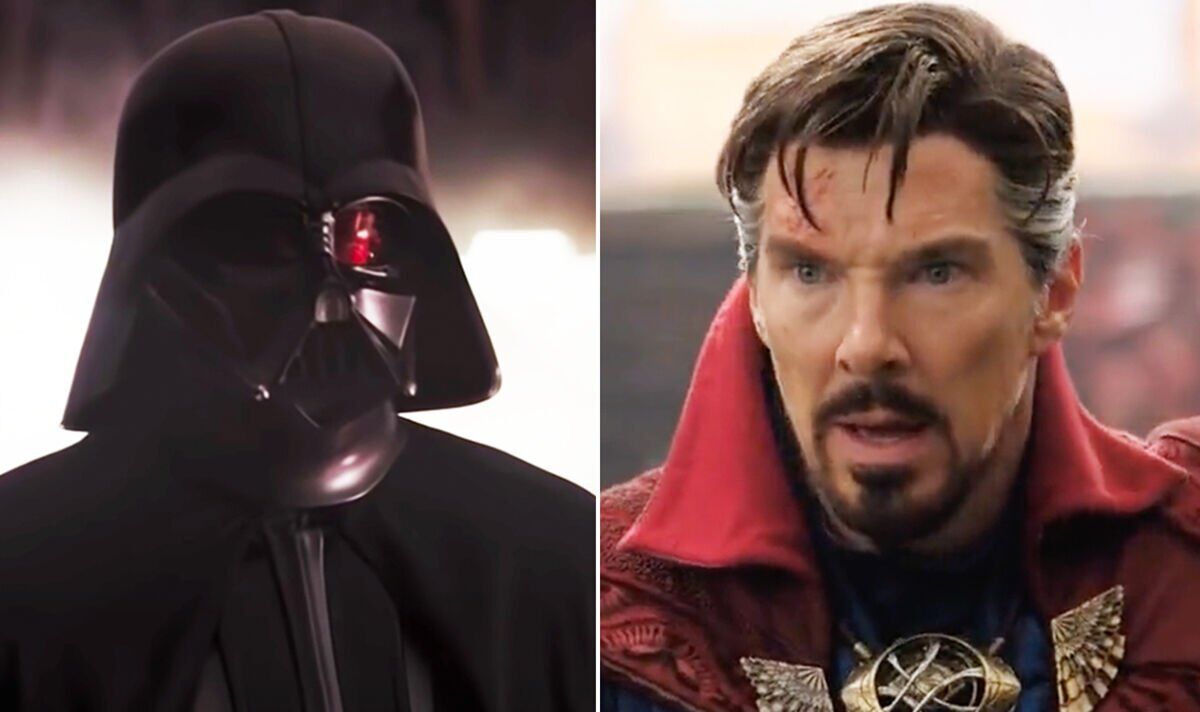 Next week Doctor Strange in the Multiverse of Madness will be unleashed on cinemas around the world as the first MCU movie to release in 2022. Now a new clip for the mysterious new blockbuster has landed online, showing Benedict Cumberbatch’s sorcerer traversing alternate realities with new superhero America Chavez. At one point they both turn into paint before moving through a black and white early 20th century New York with a Zeppelin over the Brooklyn bridge.

Some Marvel fans are convinced this is the world of the animated Spider-Man Noir, who was voiced by Nicolas Cage in Spider-Man: Into The Spider-Verse.

Likewise, there’s a futuristic city, which some believe to be the world of Spider-Man 2099.

The incarnation of this Web-Slinger is voiced by Oscar Isaac, who will be a big part of Spider-Man: Across The Spider-Verse next year.

These may be Sony movies, but since Disney’s deal with the studio has allowed their characters to appear in each other’s films, we wouldn’t be surprised if those really are those Spider-Man dimensions. Let’s not forget that Tobey Maguire Spider-Man trilogy director Sam Raimi has also helmed Doctor Strange in the Multiverse of Madness.

Back to the footage and there’s one universe in a split second moment that has also caught the attention of fans.

The new film’s official reads: “In Marvel Studios’ Doctor Strange in the Multiverse of Madness, the MCU unlocks the Multiverse and pushes its boundaries further than ever before. Journey into the unknown with Doctor Strange, who, with the help of mystical allies both old and new, traverses the mind-bending and dangerous alternate realities of the Multiverse to confront a mysterious new adversary.”

Doctor Strange in the Multiverse of Madness hits UK cinemas on May 5, 2022.