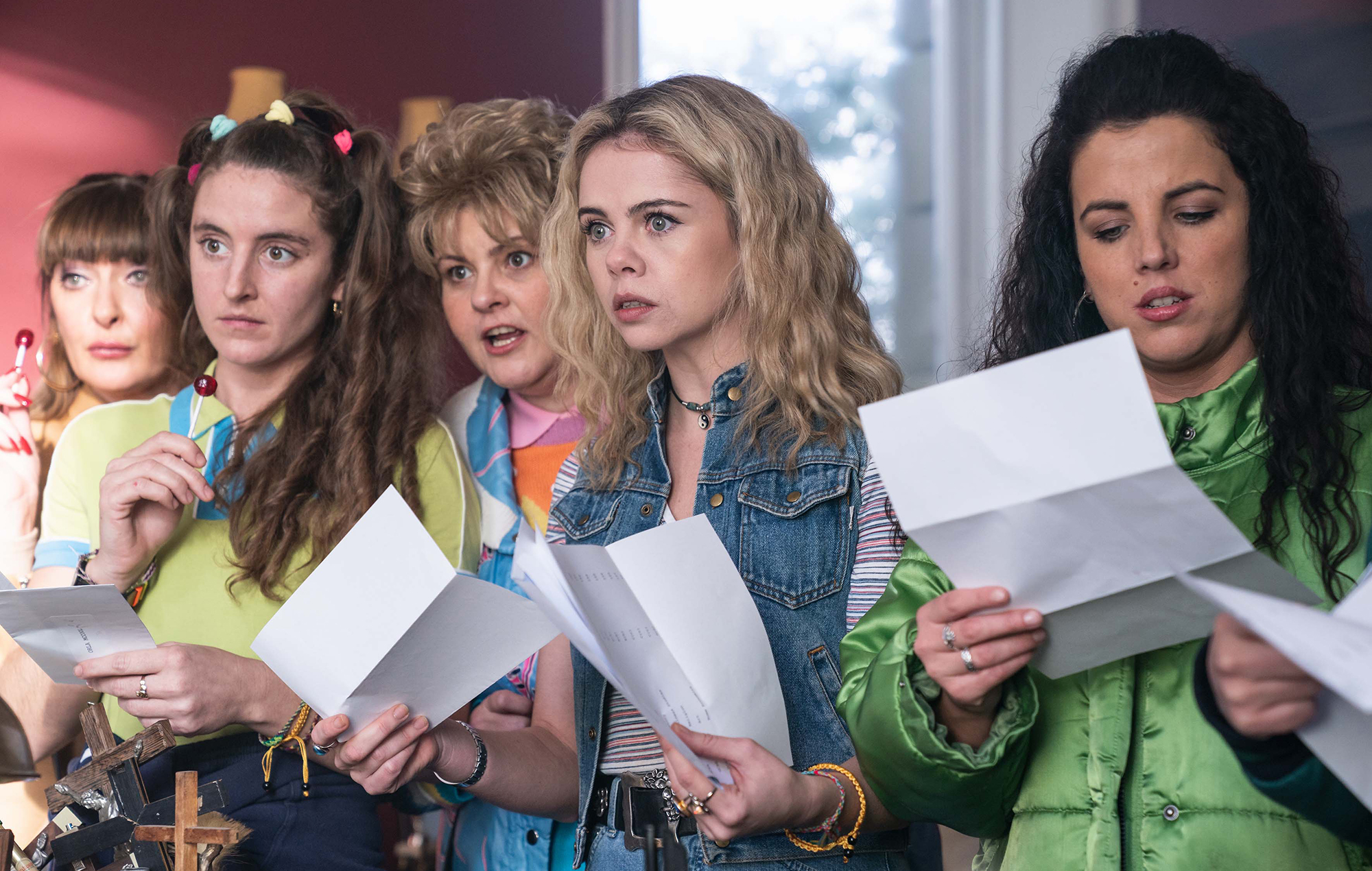 “They told us we were young, yet we understood the enormity of it, we understood what was at stake.” These are the words of Irish teen Erin Quinn (Saoirse-Monica Jackson), narrated grandly during the opening moments of Derry Girls season three. A montage of rosary beads, flaming cars and football flashes across the screen. Erin and her pals are, we quickly learn, attempting to bag an Oscar for their moving short film about Derry life during The Troubles. Helping to place events more precisely, Erin and cousin Orla’s mothers are watching telly downstairs, in disbelief as British Labour MP Mo Mowlam prepares to head to notorious Belfast prison the Maze and negotiate a peace plan. “Our fear was replaced with something altogether more terrifying…” Erin adds, theatrically, “Hope.”

Unfortunately for the Academy Awards, Erin’s computer is on the blink; and besides, the script isn’t exactly up there with The Wind That Shakes The Barley. “Urgh, I am so fucking sick of peace,” Michelle (Jamie-Lee O’Donnell) retorts, the first of many brilliant one-liners. “It’s all anyone ever bangs on about.”

Derry Girls’ creator Lisa McGee has a knack for this kind of sharp, carefully balanced writing that juggles daft slapstick comedy with the show’s more serious backdrop. In the finale of season two, she memorably contrasted the intense personal drama of being stood up at prom with the much larger announcement of a ceasefire. The sitcom’s final season picks up where it left off, colliding the personal with the political.

“How much longer are we going to ignore the elephant in the room?!” exclaims a typically frazzled Clare Devlin (Nicola Coughlan). If you’re expecting her to launch into a monologue about the metaphor at the centre of ‘Elephant’ – their aforementioned mini-movie – think again. Instead, the elephant perched in this corner is the gang’s impending GCSE results, and according to Clare at least, they’re all destined for epic failure. A brilliantly dour Sister Michael, who they bump into while browsing the aisles of a video store, agrees. “Make the most of the time you have left, girls,” she says ominously.

And so, from here, Orla, Erin, Clare, Michelle and James set off on an epic journey to take hold of their destinies – and as their quest arc unfurls with the kind of hilarity Derry Girls captures so concisely, we’re treated to unexpected guest star cameos, a homicidal cat called Seamus and a truly brilliant moment where Michelle mistakes Braveheart for a Scottish drag queen. When things go swiftly and horribly wrong, Clare breaks down in fear of her and her mates being labelled the next “Guildford Four” – and some of Derry Girls’ best and most absurd dialogue to date ensues.

Though Derry Girls will be greatly missed when it wraps up for good at the end of this season, the first episode at least proves that the funniest, sharpest sitcom on TV is also bowing out on a high.

block out the plot and enjoy the violent delights