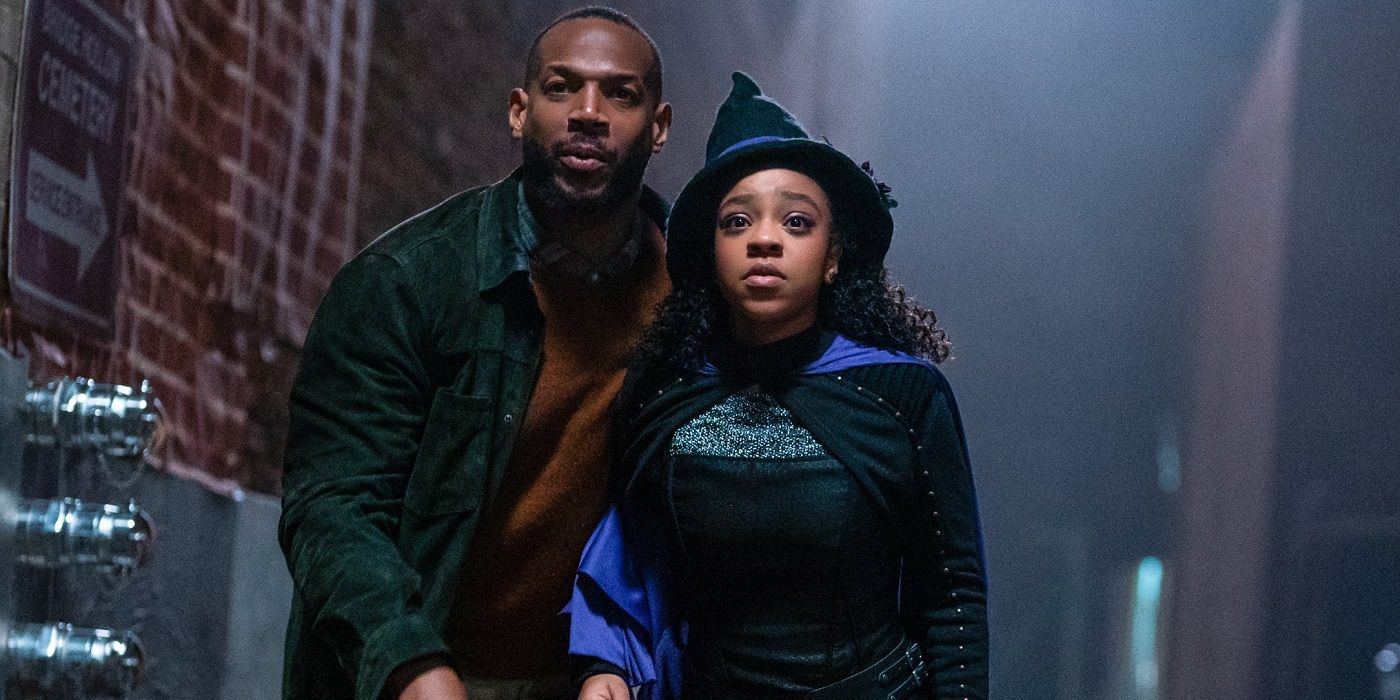 The Halloween season is fast approaching, and with it comes a new original movie from Netflix. This October, get ready to head on a spooky adventure in the upcoming The Curse of Bridge Hollow. In it, Marlon Wayans and Priah Ferguson try to stop a poltergeist from wreaking havoc. Ahead of the premiere, Netflix has shared first-look images from the movie.

The new images already promise a movie chock-full of Halloween cheer as each one features the characters in different themed areas and situations. In one image, Wayans and Ferguson wear nervous expressions on their face as they look at someone (or something) out of frame. Ferguson’s outfit indicates whatever they’re confronting is happening on Halloween night. Elsewhere, Lauren Lapkus and Kelly Rowland‘s characters enjoy what seems to be some sort of town event based on their surroundings. Both are also in the Halloween spirit as they don costumes. The third image spotlights the rest of its young cast as Ferguson’s character Sydney hangs out with her friends. Their surroundings further suggest that their town just really loves Halloween.

The Curse of Bridge Hollow focuses on Sydney, a teenager who accidentally sets an ancient spirit loose on Halloween. Though a roaming spirit seems like the perfect way to get into the holiday, the poltergeist instead possesses Halloween decorations and causes chaos across the town. Now, Sydney is forced to team up with her father (Wayans) to stop the spirit before it inflicts any more damage.

The new movie joins a growing slate of horror/supernatural-related content for Netflix, following earlier releases like Stranger Things, the Fear Street trilogy, and The Babysitter, among others. However, for viewers searching for more family-friendly content to watch, The Curse of Bridge Hollow already promises to be a fun addition to movie night more along the lines of the 2020 release A Babysitter’s Guide to Monster Hunting. The movie also shares a release month with the adaptation of The School for Good and Evil.

The Curse of Bridge Hollow arrives on Netflix on October 14. Check out the first images below, as well as Collider’s Steve Weintraub‘s interview with Ferguson and her fellow Stranger Things castmates: